You are here
Home > Hot Toy Reviews > Rule the Stronghold in Warhammer: Age of Sigmar: The Rise and Fall of Anvalor—Coming Soon!

Hillside, NJ – January 10, 2019 – WizKids is thrilled to announce that The Rise and Fall of Anvalor, its upcoming co-opetition game taking place in the iconic Warhammer: Age of Sigmar setting, is coming soon! 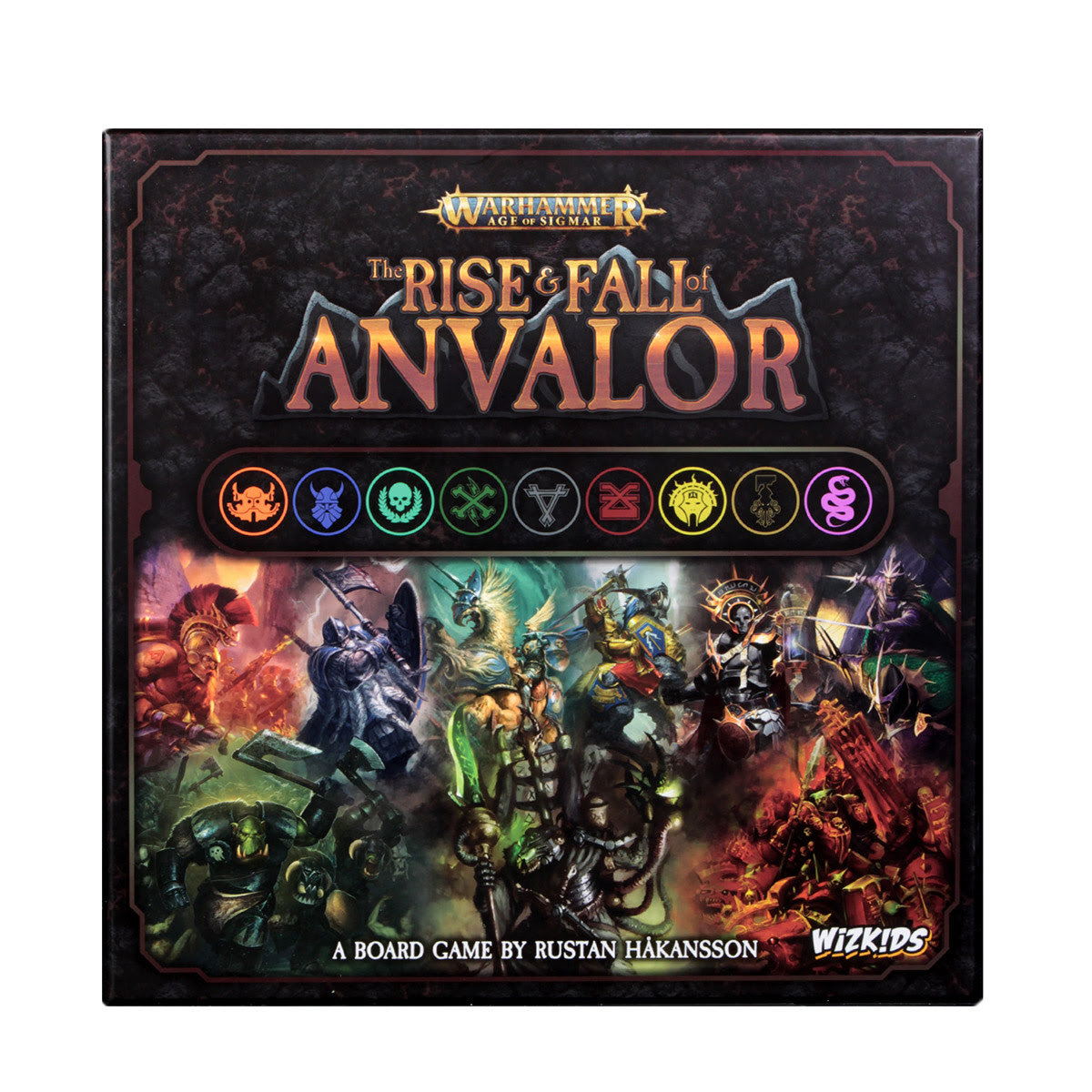 Long-warring factions have put their quarrels aside, endeavoring to build a stronghold, called Anvalor, on The Great Parch. But each faction also has ulterior motives—they seek to take the stronghold under their control in order to strengthen their influence in all the Mortal Realms.

One to four players will select of one of six factions, including Order Serpentis, The Dispossessed, and Anvils of Heldenhammer, as well as one of their factions’ unique Aspects, abilities that can provide unique advantages during gameplay. Players build the stronghold by purchasing City Buildings, which will grant the player Influence; however, as soon as a City Building has been purchased, enemies will start to gather. When a turn ends with 3 enemies on the same side, they will assault, interrupting gameplay until the attack is completed. Players defeat enemies by rolling dice to either perform a Ranged or Melee attack, depending on the ability of the attacking unit. Upon defeating an enemy, the victorious player will gain Influence.

The game ends when the last enemy tile has been placed on the board. After a Final Assault, players will count the influence they’ve collected throughout the game. The player with the most influence wins!

The Rise and Fall of Anvalor releases April 2019, so be sure to preorder it at your Friendly Local Game Store today!

Games Workshop® Group PLC (LSE:GAW.L), based in Nottingham, UK, produces the best fantasy miniatures in the world. Games Workshop designs, manufactures, retails, and distributes its range of Warhammer®: Age of Sigmar® and Warhammer® 40,000® games, miniature soldiers, novels and model kits through more than 500 of its own stores (branded Games Workshop® or Warhammer®), the www.games-workshop.com web store and independent retail channels in more than 50 countries worldwide. More information about Games Workshop and its other, related, brands and product ranges (including its publishing division ‘Black Library’ and its special resin miniatures studio ‘Forge World’) can be found at www.games-workshop.com