Phoenix FearCON is planning a major celebration for its 10th film festival and expo. At press time, guests include Fred Williamson, a football legend, who has appeared in almost every great television program of the 60s and 70s including Ironside, the original Star Trek, M*A*S*H, Police Story, The Rookies, Fantasy Island, CHiPS, Lou Grant, The Equalizer, as well as a series of Blaxploitation films including Hammer, Black Caesar, Hell Up in Harlem, Three the hard way and That Man Bolt. Also joining the fun is Craig Chenery author of Blood Splatter: A Guide to Cinematic Zombie Violence, Gore and Special Effects.

Phoenix FearCON will also explore new sci-fi and thrillers including Brendan Keenan’s Body Farm and Here Comes Frieda featuring Ellie Wallwork (Doctor Who). Musical guests include the Bay Area hardcore rock band, TORSO, and Co-Op featuring Founder and frontman Dash Cooper (Alice Cooper’s son). The event will also feature a new film byDavid Ellefson of MegaDeath. Look for an interview with this rock legend prior to the event. The festish rock band, Agents of Lust and the thinly-veiled shadow cast of the Rocky Horror Picture Show return for more music and mayhem.

Other guests will be announced shortly.

Phoenix FearCON Independent Horror Film Festival is a community-driven event focusing on the independent genre film maker and the obstacles they face trying to get their film projects noticed. In addition, PFC aims to make its events interactive, so that there are not just film screenings. We invite local performers and local celebrities for performances and meet/greets with their fans. Our volunteer staff work tirelessly and without compensation to make sure the FearCON is the best event visited by our guests and filmmakers.

FearCON originally started out in 2006 as the Phoenix Fear Film Festival, showcasing local and international independent horror films at the now defunct Paper Heart, a small art gallery. They have since grown to a larger venue and have been a vanguard event, dedicated to strengthening the general understanding of horror genre film culture by providing audiences independent, cutting‐edge, original films – and authentic representations of the genre from around the world.

Through time the festival has evolved to include a wider variety of genres for audiences to enjoy, all of which portray a different aspect of terror along with an atmosphere dedicated to the horror movie fan, including special musical presentations, special effects demonstrations, panel discussions, Q&A with cast and crew, fashion shows and more.

To reflect these changes and highlight the festival’s evolution, the name of the festival has been changed to “Phoenix FearCON”

Phoenix FearCON provides a significant opportunity for audiences to come and see what independent horror is all about from different perspectives and reflect.

Cinema is a bridge that connects us all. The committee members and our volunteers have a passion and energy dedicated to this event.

While FearCON looks to the future it celebrates those that have laid the foundation of this popular and profitable industry. This year, FearCON will initiate Lifetime Achievement Awards and other accolades honoring those that opened doors and our minds. 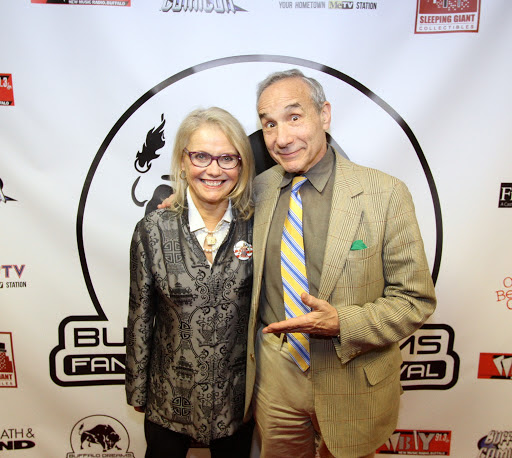 Lloyd Kaufman to get the FearCon Lifetime Achievement Award

Kaufman, President of Troma Entertainment Inc. and Creator of the Toxic Avenger began in the late 1960’s when he enrolled at Yale University. As he explains, “At Yale I was placed in a dormitory room with two film fanatics, and I knew everything had irrevocably changed.” In fact, Kaufman was infected with a love of movies from which he never recovered. In 1971, Kaufman met his future partner Michael Herz at Yale. The Troma Universe was born in 1974 with a series of highly original, raunchy comedies. These movies, independent precursors to such later smash hits as National Lampoon’s Animal House and Porky’s, did well financially, although Kaufman continued to work on such outside productions as ROCKY and SATURDAY NIGHT FEVER. Kaufman’s relationship with mainstream Hollywood would not last long. “There were problems,” Kaufman said, “as I always wanted to do things my own way and my employers insisted I do things the correct way.” He continued to build up a list of impressive credits as well as some overpowering debts.

Kaufman proved his former employers wrong with his 1984 breakthrough movie, THE TOXIC AVENGER. This tale of a health club mop boy named Melvin who is transformed into a hideously deformed creature of superhuman size and strength struck a chord with audiences and critics alike, demonstrating that there were a large number of people who were interested in seeing things done Kaufman’s way. THE TOXIC AVENGER led to an animated television series, “Toxic Crusaders,” several different comic book titles (published by Marvel and, most recently, Troma’s own independent comic book imprint), and three sequels. The most recent film in the series is CITIZEN TOXIE: THE TOXIC AVENGER PART IV. The success of THE TOXIC AVENGER was followed by a string of commercial and artistic triumphs in a similar vein, including the CLASS OF NUKE ‘EM HIGH series, SGT. KABUKIMAN, N.Y.P.D., and TROMA’S WAR, were often ignored or scorned by the intelligentsia of the time but spoke to an entire generation of young people who rejected the pandering, commercial films of that era.

Some of these Troma fans went on to become filmmakers themselves, including Quentin Tarantino, Kevin Smith, Mike Judge, Peter Jackson, and Trey Parker.

In January 1999, Kaufman founded the TromaDance Film Festival. Determined to give independent film back to the people, Kaufman established a festival where there is no entry fee to filmmakers to submit their films, nor is there any admission charged to audience members. The TromaDance Film Festival presents a broad spectrum of films and film styles, creating an opportunity for everyone to put their own personal vision on film and have it seen. Kaufman was elected to two terms as Chairman of the Independent Film & Television Alliance (http://www.ifta-online.org/), the trade association of the independent entertainment industry. During Kaufman’s chairmanship, IFTA successfully lobbied in Washington D.C. to require that Comcast NBC Universal open its ranks to independent producers.

Pat Swinney Kaufman served nineteen years under four governors as Executive Director of the NY. . State Governor’s Office for Motion Picture and Television Development and as Deputy Commissioner of Empire State Development. She helped to build the media industries in New York by facilitating film, television and commercial production. Ms. Kaufman ran the NY. . State Film Production Credit program that attracted over $13 Billion in production to New York in her last 8 years. During Ms. Kaufman’s tenure, film & television production in New York first reached record levels. In 2010, she was at the center of the successful industry wide effort to increase the program’s multi-year funding to $420 million per year plus the creation of the Post Production Incentive. She was also instrumental in establishing the New York Lounge as New York’s presence at Sundance Film Festival. From 2003-2007, She served as President of the Association of Film Commissioners International. She has served on the board of the New York Production Alliance since 2014. Pat produced RETURN TO NUKE ‘EM HIGH”& RETURN TO RETURN TO NUKE ‘EM HIGH AKA VOL 2. ̋ 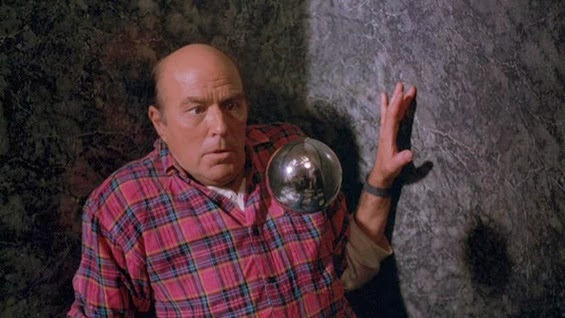 This year also inaugurates the annual REGGIE Award (named for Reggie Bannister, star of the Phantasm Franchise among others)

This award is given to someone who has actively kept the concept of the American horror film strong for multiple decades. Bannister is known for playing the shotgun-toting, ex-ice cream man Reggie, from film director Don Coscarelli‘s Phantasm series in which he starred alongside A. Michael Baldwin, Bill Thornbury, and Angus Scrimm.

Bannister has appeared in several films and worked with such notables as Ossie Davis, Bruce Campbell, Ella Joyce, Daniel Roebuck, Andy Griffith, Joe Estevez and Andrew Divoff, and many others. Bannister has played many roles from Reggie in the Phantasm series to Herb Tooklander in the latest Stephen King adaption of One for the Road.

And most recently, Bannister and his wife, Gigi, have collaborated with co-writer Shelby McIntyre and co-writer/director Vito Trabucco on the comedy/horror extravaganza Bloody Bloody Bible Camp. Also having a great experience working with Sullivan on One for the Road, he had even asked Sullivan to co-produce and star in the film as the main villain, Sister Mary Chopper, which he accepted.

Along with co-producer Tim Sullivan and writer/director Paul Ward, he has also co-produced and starred in the short sequel to Salem’s Lot, entitled, One for the Road. This film stars Bannister as well as Adam Robitel as Booth and Audrey Walters.