Hasbro has already filled in a number of the most prominent omissions from their 6” Marvel Legends figures lineup of MCU movie characters with this year’s Infinity Saga series (including the long-awaited AOU Quicksilver movie figure), and now they’re about to plug another 3 holes that some fans may not even realized that they were missing! Leaked yesterday and officially announced today with hi-res photos, the Infinity Saga Marvel Legends Odin and Endgame Final Battle Thanos and Iron Man figures are now up for order! Are these new additions you’ll need for *your* collection? 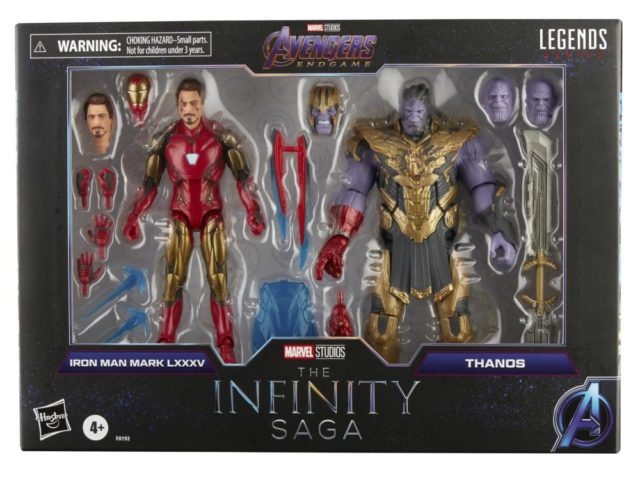 With no new Marvel Cinematic Universe movies released for a span of two years and a couple days, Hasbro had to find a way to fill some space to keep movie figure collectors happy and well-fed with new action figures.

And what better way to do that than with a Phase I to Phase III spanning assortment of individual figures and multipacks of characters and versions that fans have been asking for for quite some time, right? And following in the footsteps of winners like Avengers Endgame Final Battle Thor and Age of Ultron Quicksilver, I think Hasbro has picked three notable choices as the newest trio of figures revealed today! 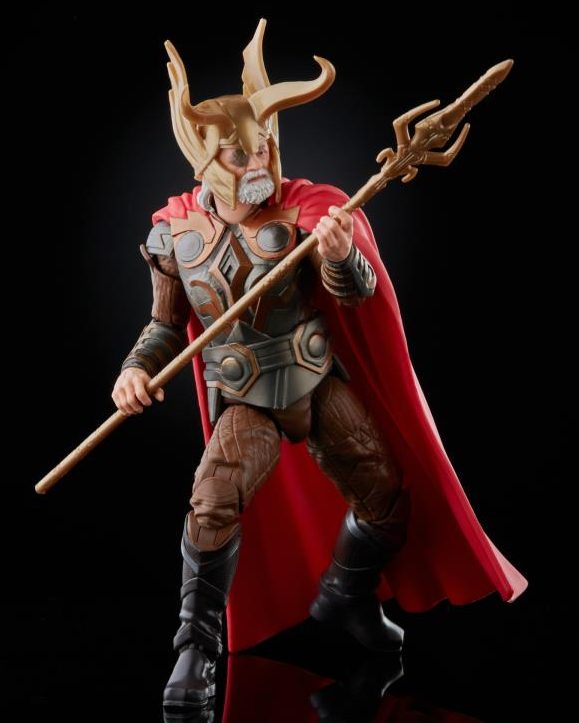 First up, we have for a figure that is 10 years and a handful of days in the making: a Marvel Legends Odin movie figure based off of the original Thor movie! 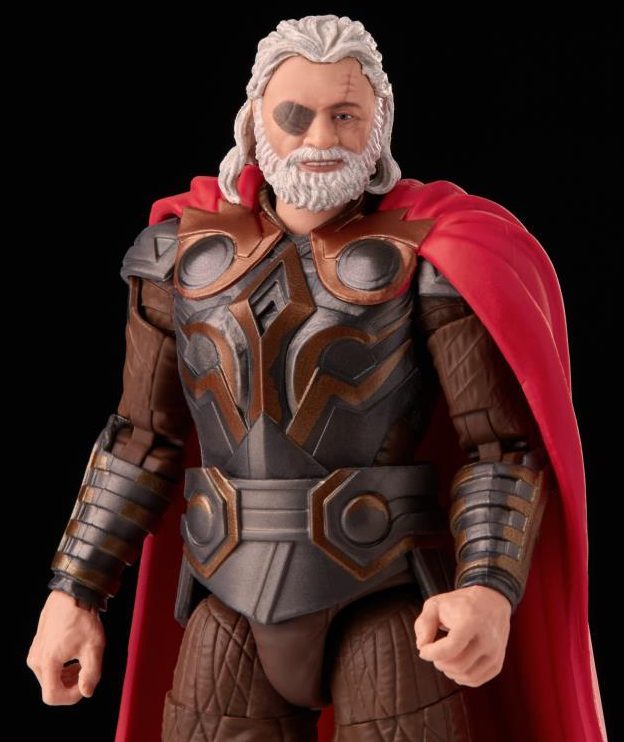 Anthony Hopkins put in a memorable performance as Odin (though perhaps not as memorable in a ridiculously ludicrous way as his Transformers: The Last Knight role) , and I think it will be very cool to have an official Anthony Hopkins action figure in my MCU display. 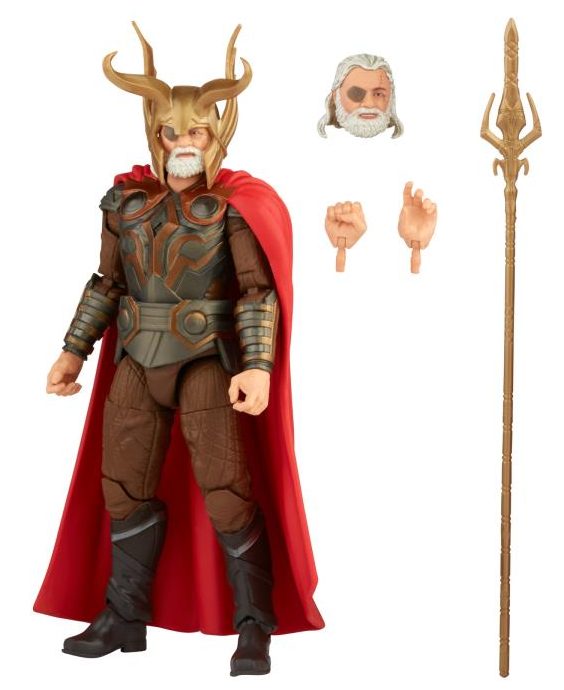 Odin has an adequate amount of new tooling to warrant his higher price-point as part of the Infinity Saga Legends line, and I appreciate that we get helmeted and unhelmeted heads. This is no Hot Toys likeness, but I don’t think many will doubt who this character is. 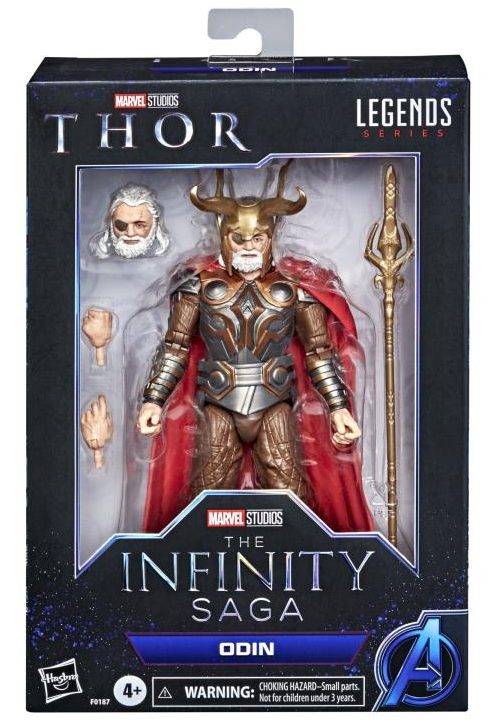 The official photos show Odin’s armor looking a little more dull and matte than I would have expected, but the shiny, glossier paint on the armor in the packaged photos make me feel a little better that that’s the deco we’re actually going to get. I somehow (highly) doubt Frigga is ever going to happen, but it’ll be cool displaying Odin next to Hela, Thor and Loki as a family anyway. 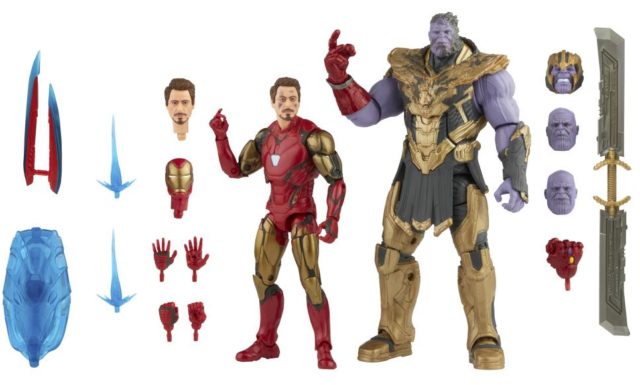 In addition to Thor’s Allfather daddy, we’re also going to be getting a movie Iron Man vs. Thanos two-pack for the second time in a premium Marvel Legends series. This time, it really is from the final battle from the two—as evident by the snapping hands for each character and Nano Gauntlet hands. 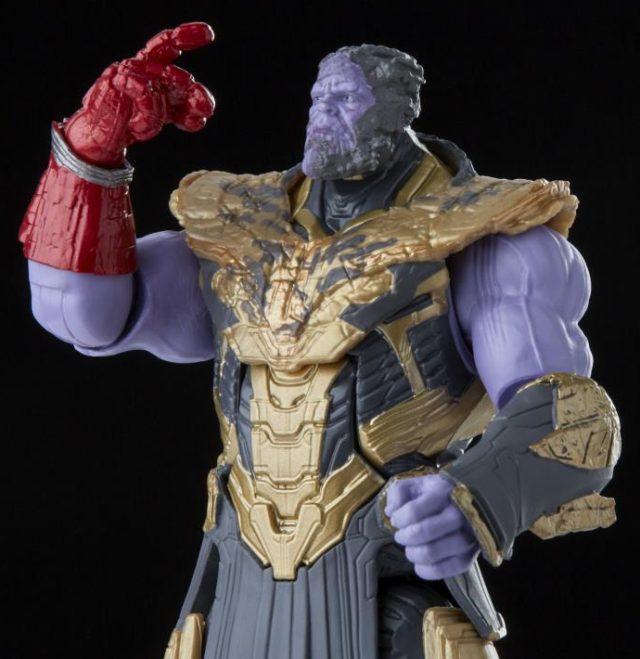 The Endgame Thanos figure in this set comes with a whopping four heads to complement his battle-damaged armor and snapping hand, which really caught my attention and makes him feel worthwhile to me. I feel like I have a whole box of Thanos movie figures now, but this one feels just special enough that I feel like I need the set for him. 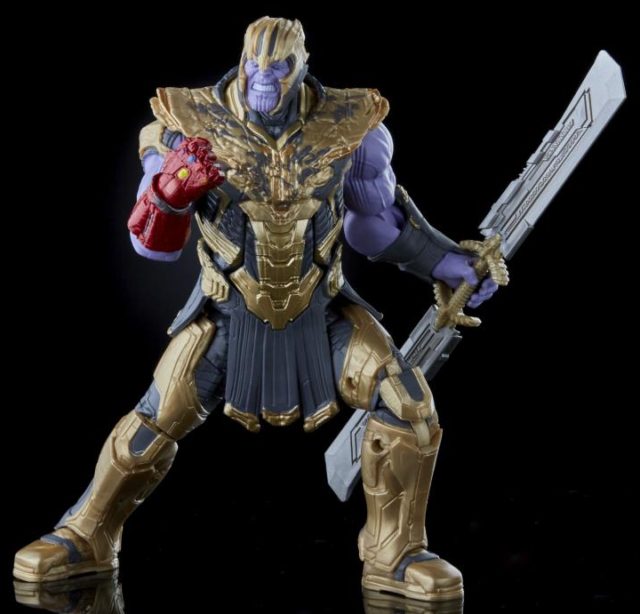 Iron Man Mark 85 I am a little more lukewarm on. I think the battle-damaged Robert Downey Jr. head is okay compared to some previous portraits, but still has a likeness that feels more Gomez Addams than Tony Stark—which is unfortunate since the ability to recreate the iconic snapping moment is the best selling point for this figure in my eyes. 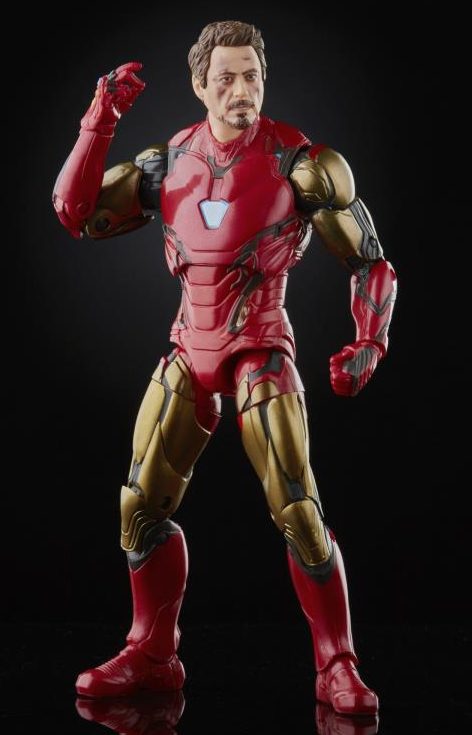 There’s a good load out of accessories including another unmasked head and a helmeted head, plus an energy shield, energy blade and repulsor effects, but this still doesn’t feel at the same high level as the other Infinity Saga figures to me.

I also think the armor could use quite a bit more paint deco and battle damage on it—it feels a bit too lightly dirty to me rather than heavily damaged. I want the Thanos, so I’m getting this figure regardless, but I do think it falls a mite shy of being a truly definitive final battle Mark 85 Iron Man. 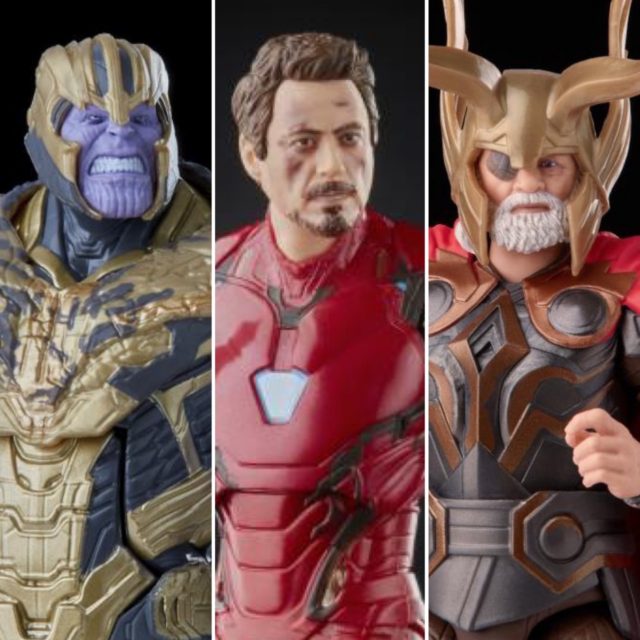 The Marvel Legends Infinity Saga Odin and Iron Man/Thanos Endgame two-pack are now up for order, and are scheduled for release in August 2021. I’m not convinced there will be off-the-charts demand for the Allfather, but given the popularity of the previous Iron Man and Thanos two-pack, I do think that’s a set that’s going to be a fast seller and worth locking in if you know you want it.

What are your thoughts on the three latest action figures announced for the ML Infinity Saga series, Marvel collectors? Are these three worthy gaps to fill, and what other characters are you still hoping are going to be revealed before all is said and done for this movie lineup?