Although I wasn’t exactly giddy regarding the lineup of the 2020 Marvel Legends Avengers GamerVerse figures series, four of the six figures with Abomination Build-A-Figure parts were comics-based and thus must-buys for me, so I decided to go for broke and ended up buying GamerVerse Iron Man and Ms. Marvel to complete the Build-A-Figure. The Marvel Legends GamerVerse Abomination BAF is selling for 60 bucks by his lonesome on eBay—but is he worth building or buying outright at all? 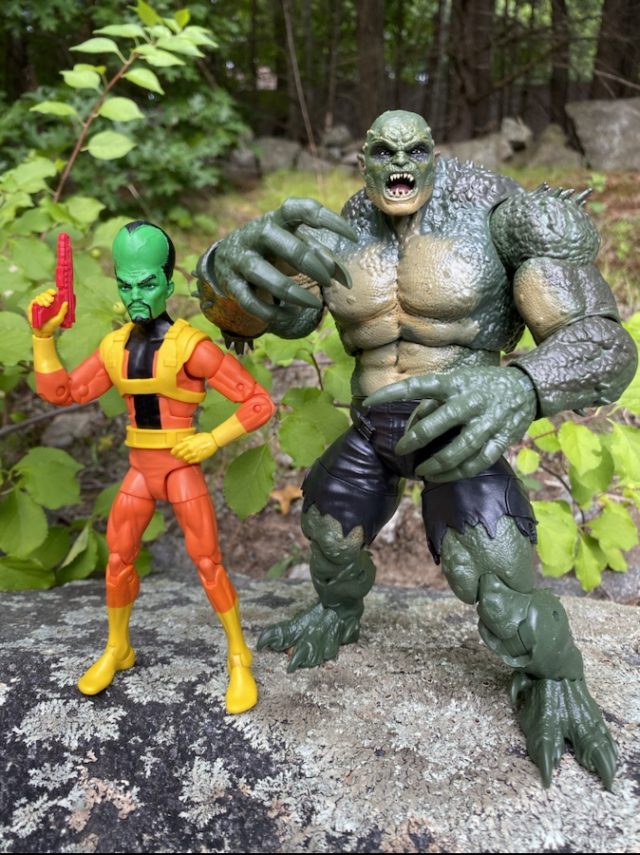 One of the big problems with making toys based on characters from movies and video games is that toy companies—in this case, Hasbro—need a good 12-18 months to go from reference materials to a product on-shelf in time for the game or movie’s product launch window.

And so, with few characters revealed for the Square-Enix Avengers game when the work on the Marvel Legends GamerVerse series started over a year ago, Hasbro didn’t exactly have a ton to work with. But what they did have was the design for the Square-Enid Abomination, revealed publicly in June 2019! Did they do this game design justice in the manner they brought it to life? 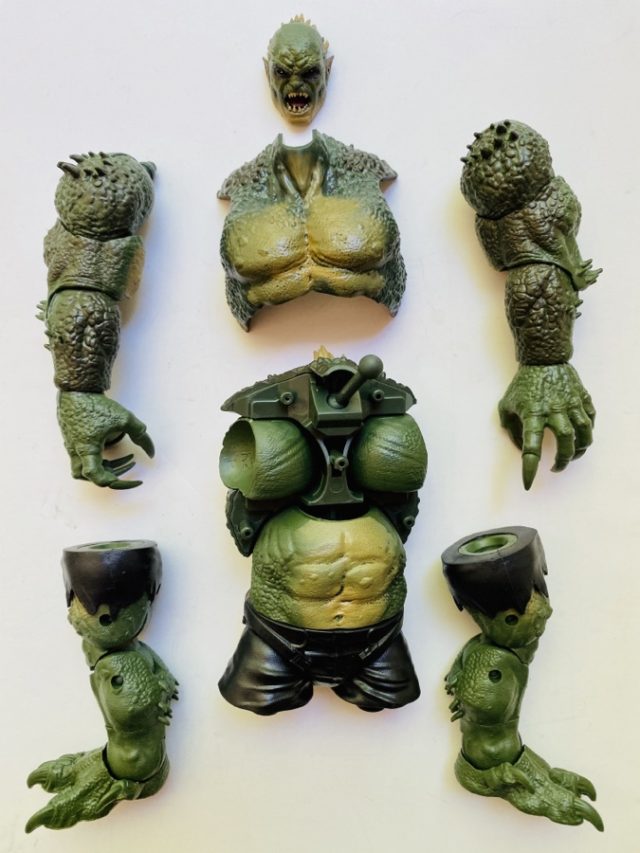 Well, based off the brief look that we’ve gotten of the Avengers game Abomination, I would say so. This is far (far) from my favorite look for Emil Blonsky, but I think this action figure is faithful to what we know of how he’ll look in the game. Accuracy-wise, this gets a thumbs-up (at least based off of last year’s artwork of the character). 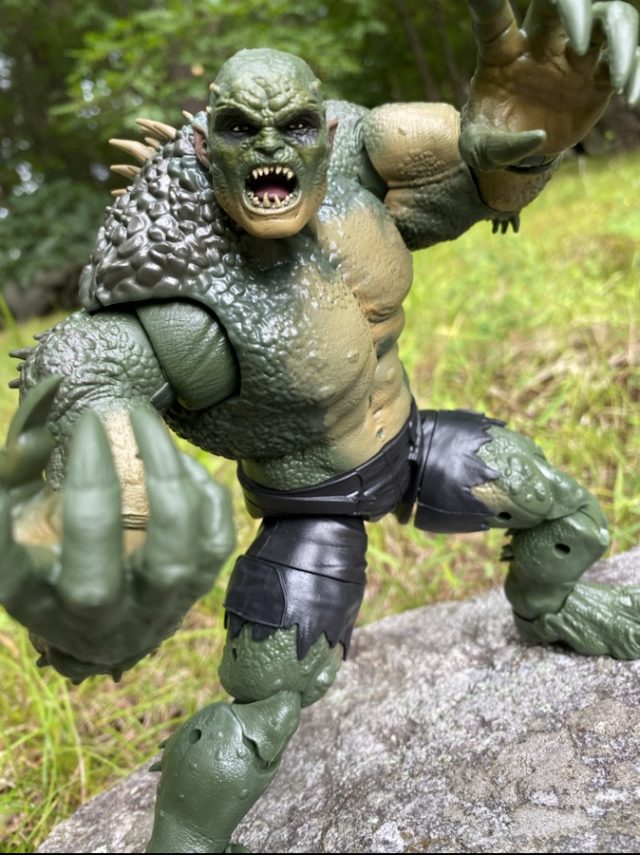 That said, I straight-up hate the design of the head for this figure, which feels way more “Ultimate Green Goblin” than “Abomination” to me. That’s not Hasbro’s fault (in fact, I think they’ve made a swell representation here), but man—this portrait is wart-covered-butt-ugly. In fact, the whole character design feels way too “Killer Croc” to me, personally. 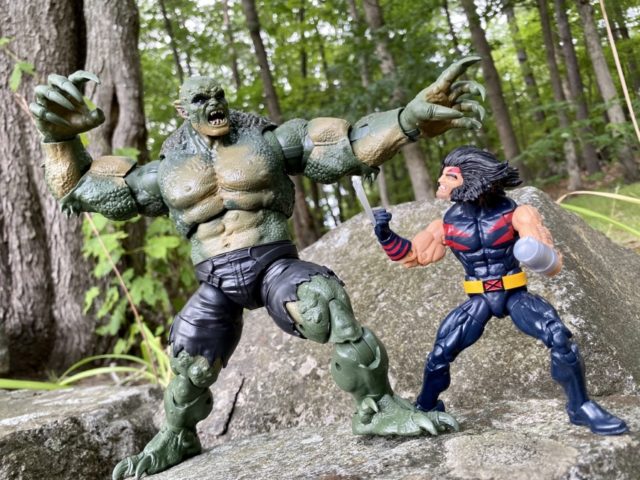 The articulation on this Abomination Build-A-Figure, however, is actually notably better than that if the two comic book versions that we got back in 2016. The butterfly shoulders and shin swivels give big ugly Emil a much better range of motion and more posing possibilities this time out than you’d expect! 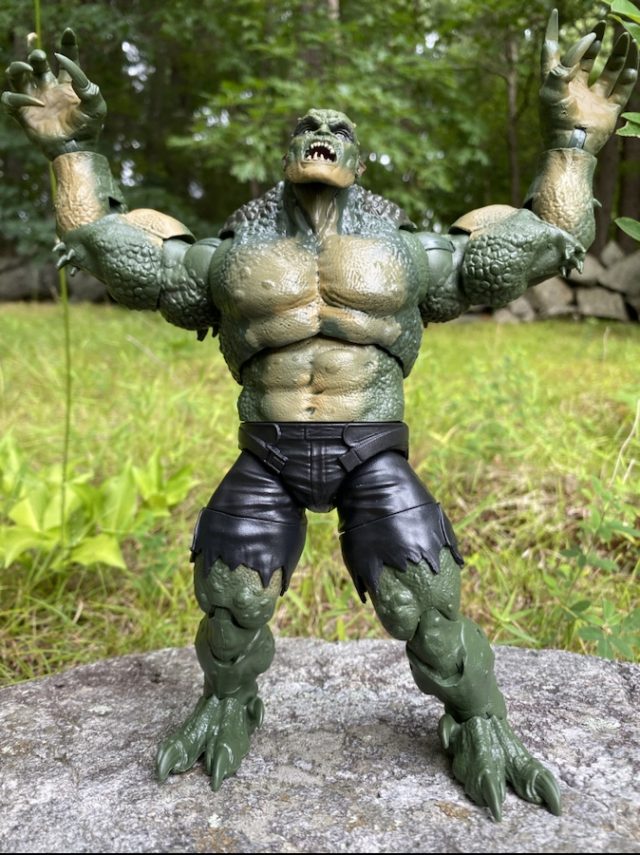 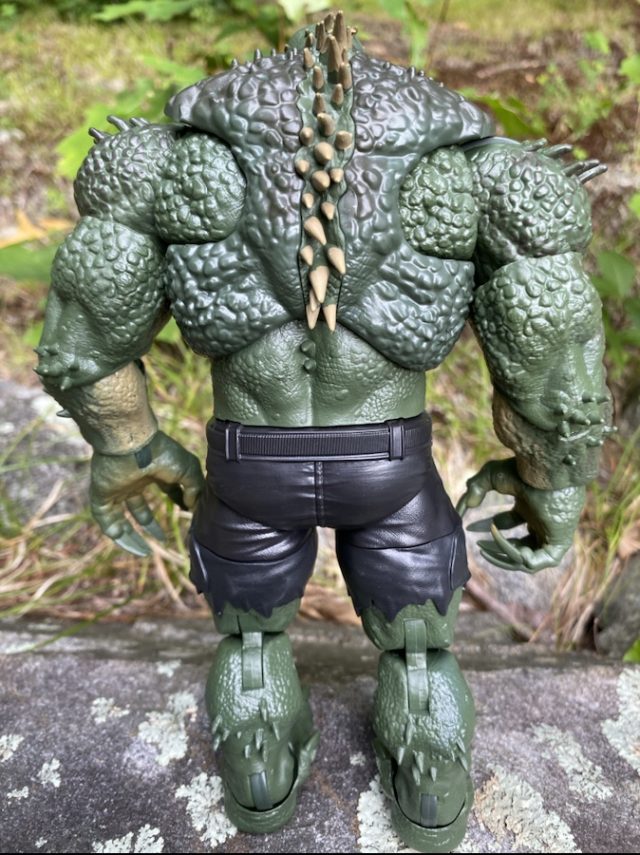 The paint job on the Marvel Legends 2020 Abomination BAF is good as a whole, although I think a dark wash might have really helped him to excel. The tattered shorts look a tad plain totally unpainted, as do his lower legs. 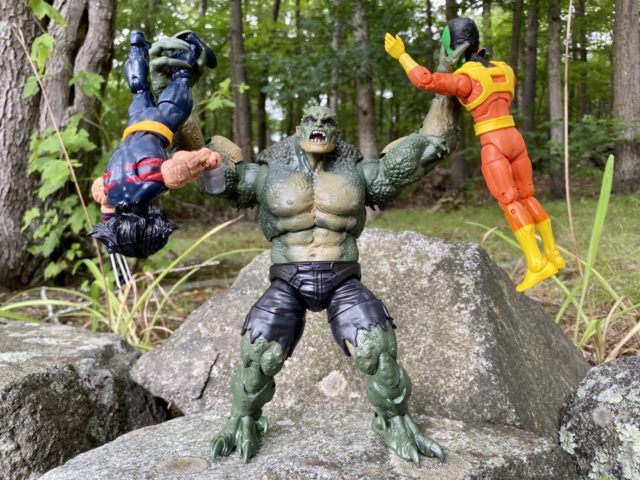 And as far as plastic quality goes, this guy is full of win. His arm joints are strong enough to hold aloft two other 6” Legends figures without a hitch, and his lower body is sturdy enough to support the whole thing. You really can’t ask for much more joint-wise than being able to pose stably while holding up two other action figures! 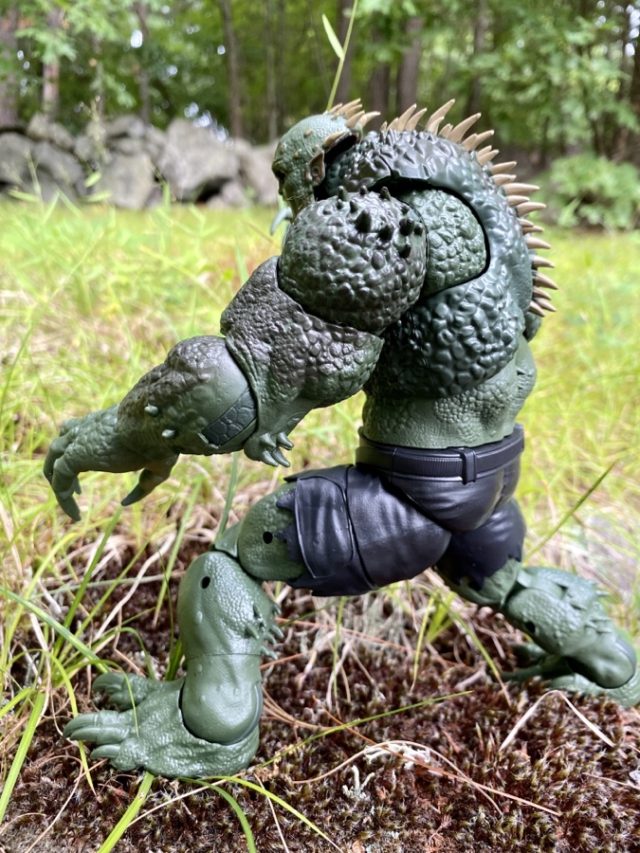 I do think it’s a bit weird that this Abomination doesn’t even get one interchangeable fist so he can trade blows with the Hulk, but he’s large and sturdy enough that I think he’s a worthwhile BAF nonetheless. 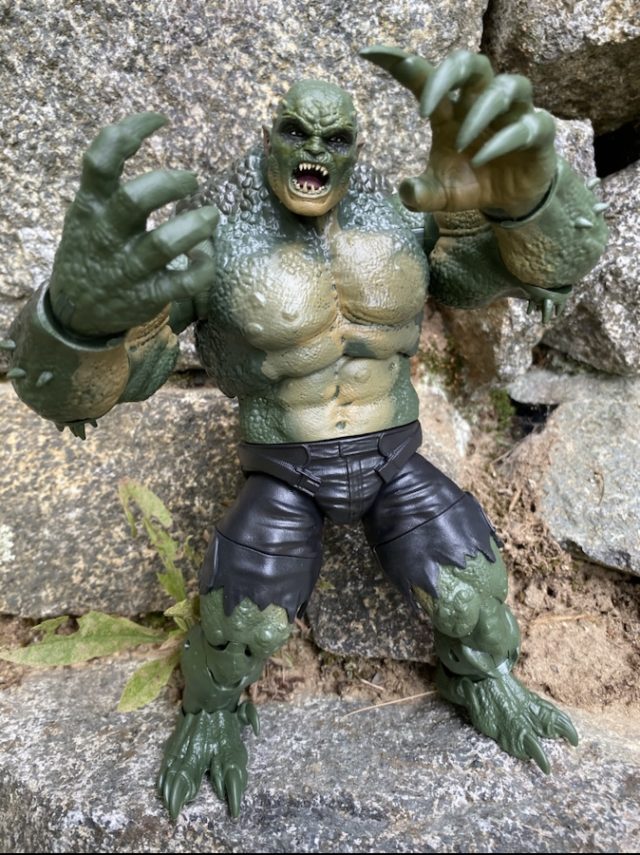 Overall: While I outright hate the Square-Enid Avengers video game Abomination design, I think that this is an awesome figure that does a fantastic job of capturing the design as we’ve seen it. Hasbro didn’t have a lot of time and options to work with to get us an Avengers GamerVerse Build-A-Figure ready for the game launch, but I think they’ve done a bang-up job making the most of the resources they did have.

A little bit more of a dark wash would have helped the sculpting details to stand out—and I wish to God a classic comic book Abomination interchangeable head had also been included—but this is an overall terrific figure with a solid heft, mostly impressive articulation and a well-done sculpt. Nice work, Hasbro.