Hasbro has been hitting fans fast and furiously this year with new additions to their 90s Toybiz vintage packaging-styled Spider-Man Retro Legends series, but today they’re mixing things up with a rare new entry in the Toybiz Marvel Super Heroes-inspired Retro series! He was teased in hi-res form during a live stream a few months back, so he’s not coming out of the blue entirely: the classic-styled Marvel Legends Hercules Retro Series figure is now up for order! If you’ve already got a 6″ Herc, do you need another? Well… I sure do! 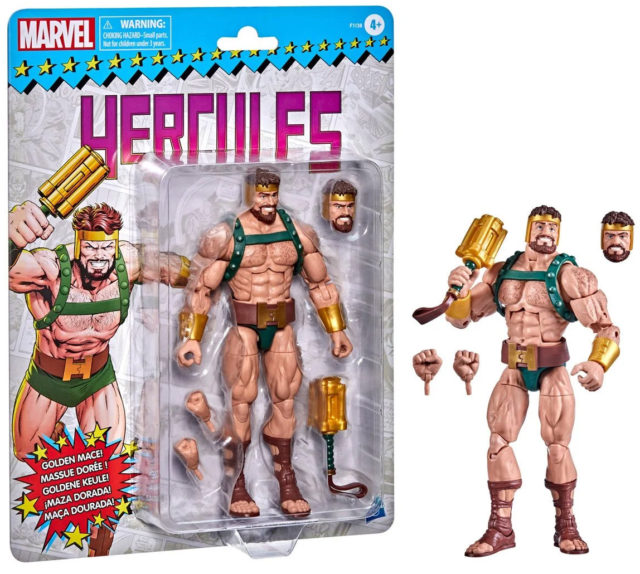 A couple months back, Hasbro debuted a way cool Photoshopped image of a new Hercules six inch figure during one of their Marvel Fan First Friday livestreams.

This was out of left field, but I was delighted nonetheless since the jovial, hard-drinking Lion of Olympus is one of my absolute favorite Avengers characters in the Avengers comic books (and seems like he would be a swell fit for the MCU movies, frankly). 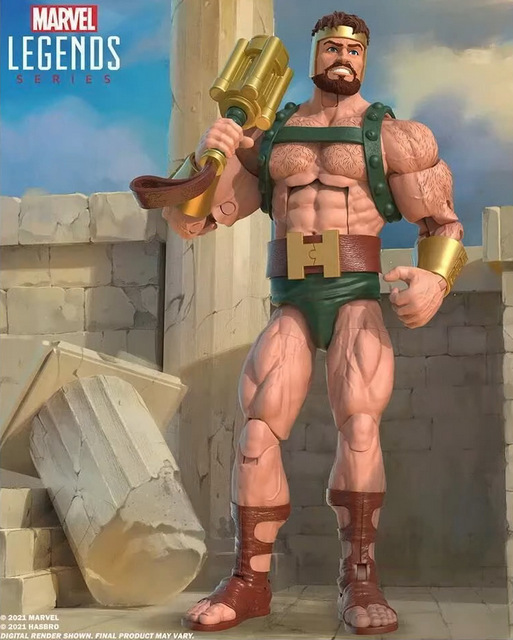 At the time, Hasbro didn’t have any specific details to share regarding this action figure’s release, so fans speculated that he could be anything from a part of an upcoming exclusive classic Avengers team set to a single-packed figure in an unannounced Avengers Marvel Legends wave.

But it turns out all those guesses were askew–he’s actually an individual figure coming in the Marvel Legends Vintage Series Marvel Super Heroes packaging we don’t see very often at all these days! 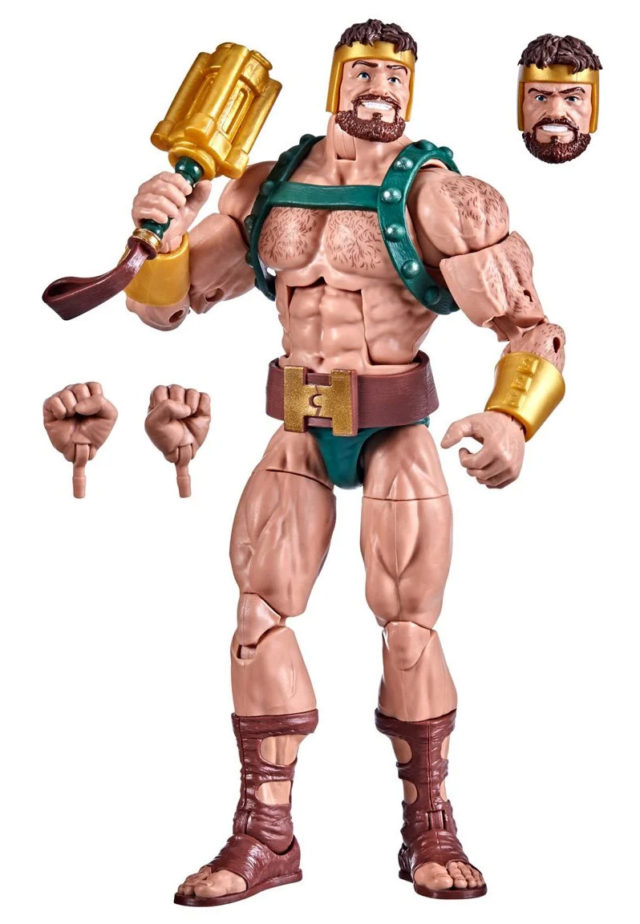 While both of the previous Hasbro Hercules Legends figures are sporting his iconic “sash” look (one classic version and one modern version), this is the first time we’ve ever gotten a super-articulated Hercules in his classic “H” chest straps costume from any company! What an occasion!

He comes with two interchangeable heads (happy and angry), interchangeable fists and grasping hands, and his golden mace. Since Hasbro was never (never) going to include any kind of alcohol-styled accessory with this 6″ figure, I think they’ve pretty much covered all the other bases of accessories that are needed here. 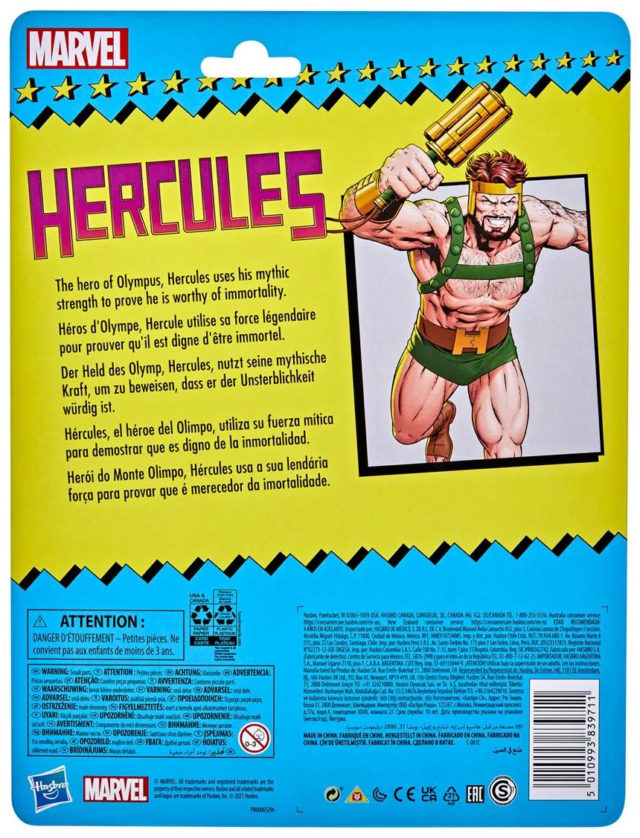 As is the norm with these Toybiz-inspired Vintage-packed figures, the cardback is reminiscent of the beloved 90s packaging and comes complete with a short description and classic-looking comic-styled artwork. The hero of Olympus never had any Toybiz figure, so it’s real neat to finally see him in this type of packaging.

I’m not sure that this particular retro costume for Herc would be a smash hit at mass retail, so this is a smart way for Hasbro to get him out to fans. Here’s hoping we see more entries in the Marvel Super Heroes Retro/Vintage series lineup! 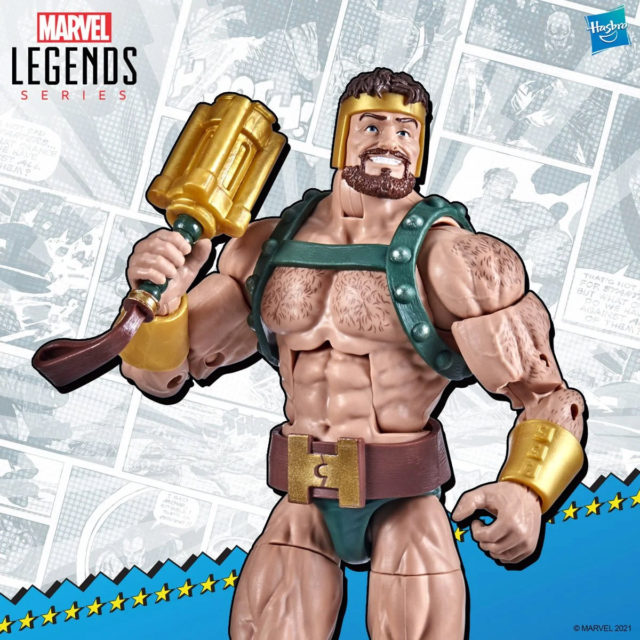 The Marvel Legends 2021 Hercule figure itself is full of awesome. The recent Endgame Thanos Build-A-Figure iteration did not include the famous golden mace (or a portrait nearly this mirthful), and the Annihilus Build-A-Figure series Herc from way back when is ridiculously out of date compared to modern Hasbro figures, in my opinion. 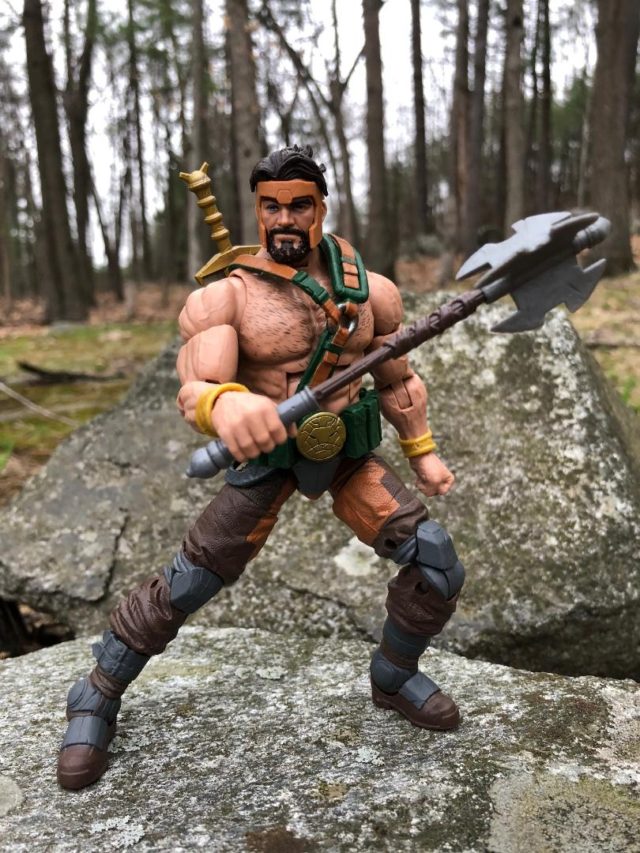 I loved the crap out of the 2019 figure when I reviewed it (review photo of that one above, although I never got around to actually writing a review for him), but it’s just not the same classic vibe as this one.

Oddly enough, I have not seen this new release specifically labeled on any sites as being an “exclusive” of any kind, but given that almost all of these one-off Retro figures have been “Fan Channel Exclusives” sold only via online and specialty stores, I would assume Retro Hercules will be as well. If nothing else, I don’t imagine that we’ll be seeing him on shelves at Target or Walmart. 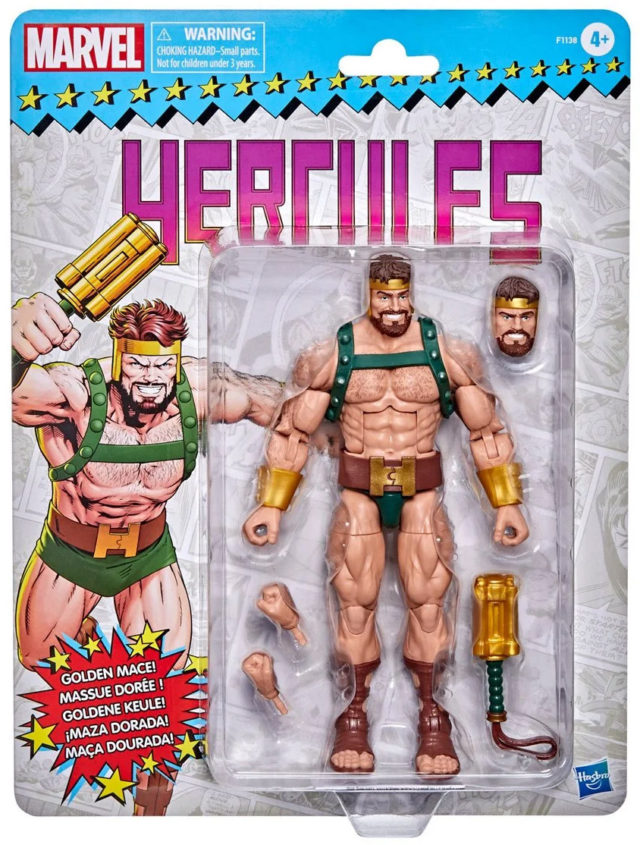 The 2021 Marvel Legends Hercules figure is now up for order online, and is scheduled to be released in fall 2021. EE has him listed as arriving in October 2021, while BBTS’s details say he’s estimated for December 2021. I imagine the truth is somewhere in there! Regardless, the legions of hardcore Hercules fans out there (and if they’re not out there, they should be, dammit) will be pleased this coming holiday season!

What do you think of this new Hercules vintage series figure, Marvel collectors? Is this the best of the Herc trio that Hasbro has put out, and will it become the default version of the Prince of Power in your ML collection?