The beloved pop culture icon rides the Patty Wagon out of Bikini Bottom and into Mighty Jaxx! Debuting with a brand new style, the XXPOSED Spongebob Squarepants features a premium cross-section dissection. Made from premier polystone, Spongebob sits 6″ tall and is held together by magnets. Each organ and skeletal part is carefully carved out of Spongebob’s cross-section and is hand painted. Display as a whole or split in halves to show off the dissection, look at Spongebob from a different perspective everyday.

XXPOSED Spongebob Squarepants is the first figure in the new XXPOSED line of premium dissected figures. 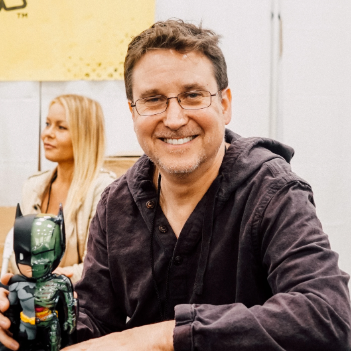 Jason’s early success as an artist came with his creations of a series fictional anatomical character schematics and illustrations in 2007 but was most noted when he began creating anatomical toy sculptures shortly after. His sculptural and illustration work has been the basis for several mass produced toys.