While there were a “few” leaks prior to New York Toy Fair 2020 that threw a monkey wrench into some of Hasbro’s big announcements at the show, Hasbro was still able to surprise fans with a multitude of totally unexpected reveals—including new releases for movies fans haven’t seen toys for in close to two decades! Going up for order later this year, it’s Marvel Legends X-Men and Deadpool figures based on the FOX movies! Professor X, Wolverine, Mystique, Magneto, Cable and more! And did someone say: “pinless joints”?! 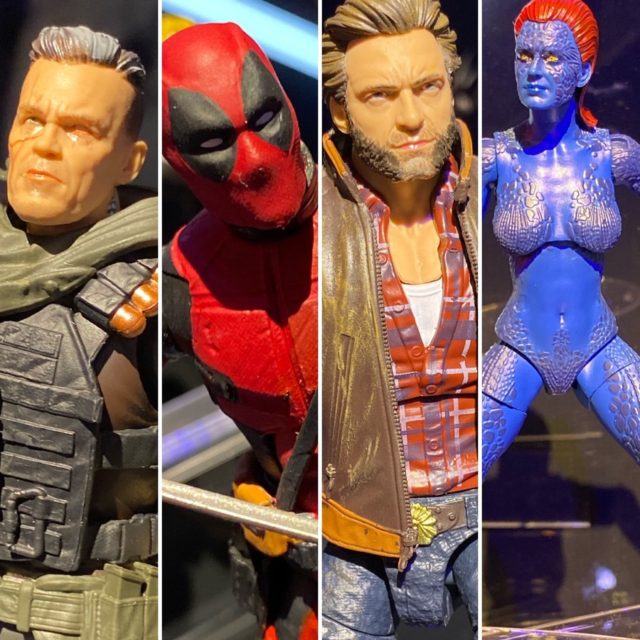 While I feared spoilers and leaks were going to ruin the Hasbro Marvel Legends Presentation at NY Toy Fair 2020 this week, I couldn’t have been more wrong! Yeah, a half-dozen or so figures were revealed before the event could start—but Hasbro had so much more lined up for us!

And two of the absolute biggest surprises were the arrival of FOX X-Men & Deadpool movie figures and the advent of pinless technology for Marvel Legends figure joints! And hey, what better place to debut those joints than on those FOX movie figures, right…?

Nine figures were announced for the Deadpool and X-Men Movie Legends, but they’re such huge, revelatory figures that it feels like much more. I ordinarily loathe making videos (because I am bad at them), but I shot some quick footage of these at Toy Fair that you can see above. 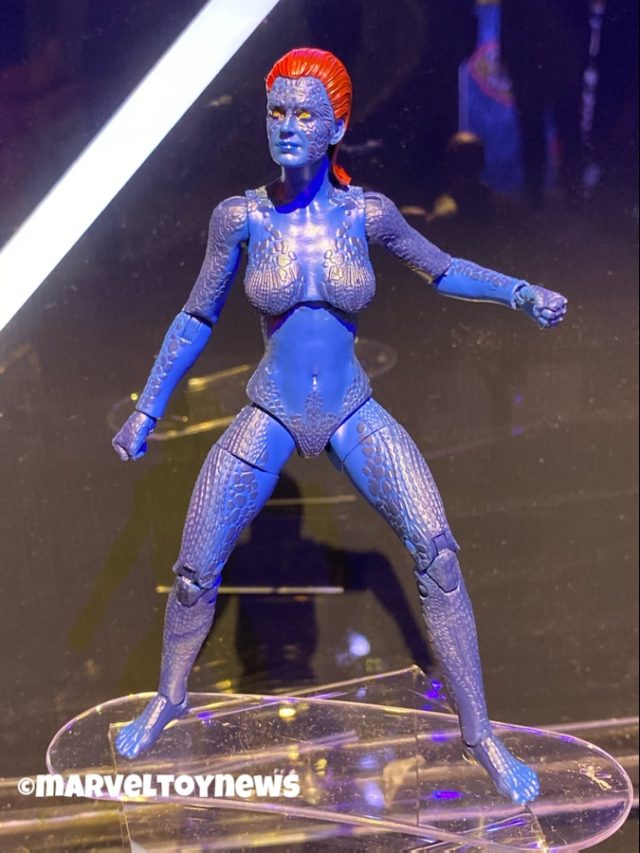 We haven’t seen a movie Mystique figure in many years, so seeing a Jennifer Lawrence Mystique up to modern standards is pretty sweet! Diamond Select Toys revealed a Marvel Select Mystique at C2E2 a few years back, but ultimately couldn’t get approval and had to scrap it. Luckily, Raven won’t suffer that fate this time! 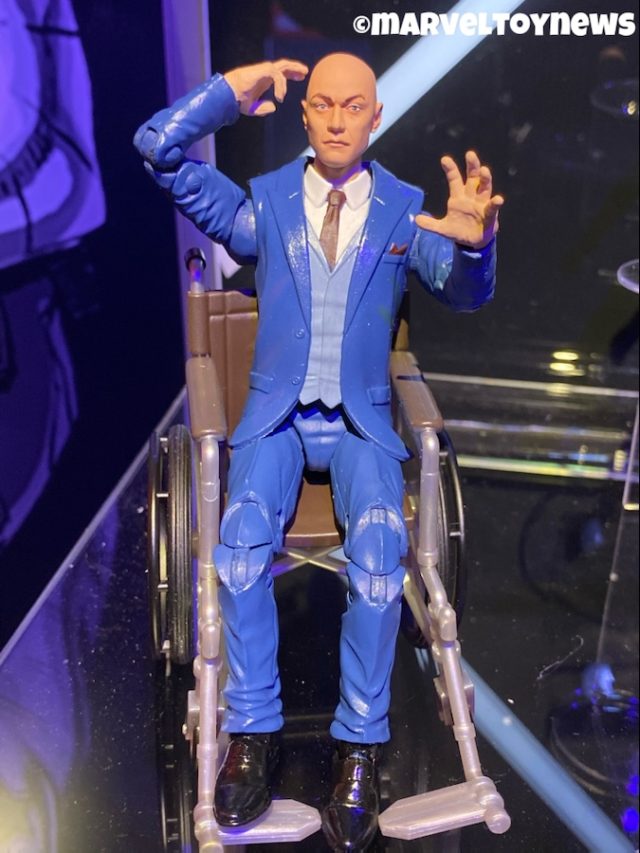 Hasbro has a double-dose of goodness for Magneto and Professor X fans, as they’ll be releasing Charles Xavier and Magneto with both modern and classic heads! That’s right: if you love Patrick Stewart Professor X, here he is. Prefer James McAvoy? He’s here too! 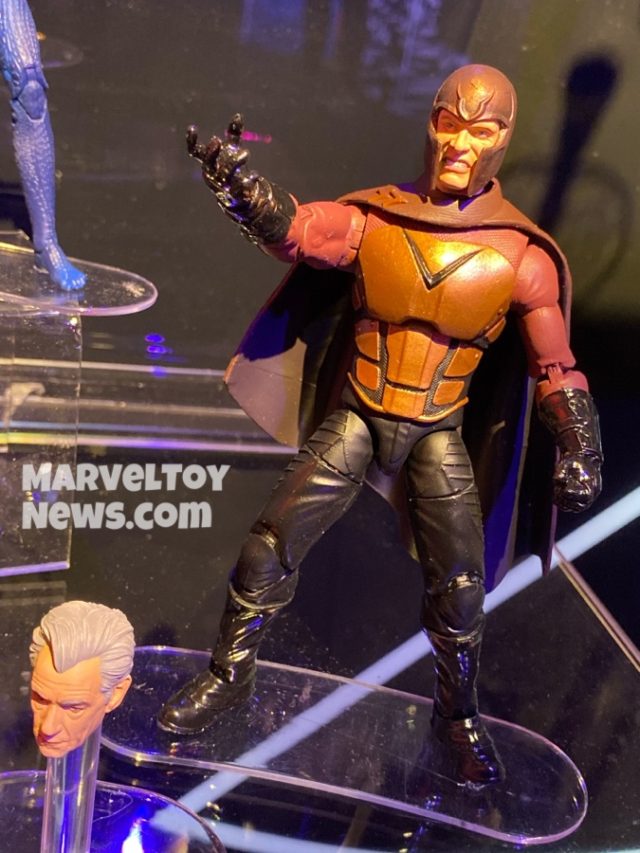 If you’re on #TeamFassbender, Hasbro has a Michael Fassbender portrait lined up just for you! And for the legions of Ian McKellenfans, you’re also covered. 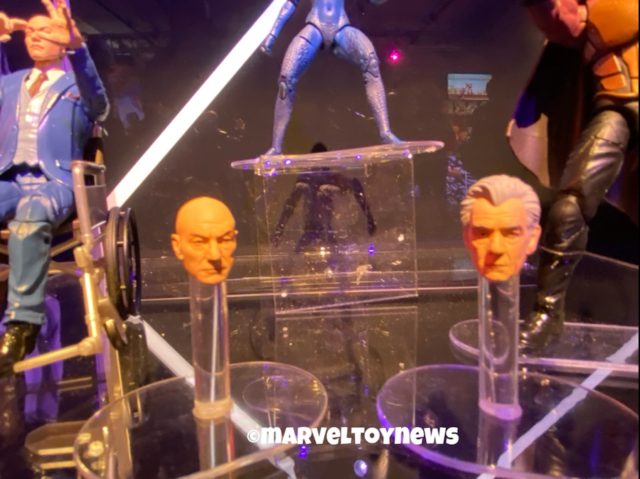 I love both eras of Magneto and Professor X actors, so I’m pretty tickled about these interchangeable heads. It doesn’t happen often, but I’ll be double-dipping for these action figures! 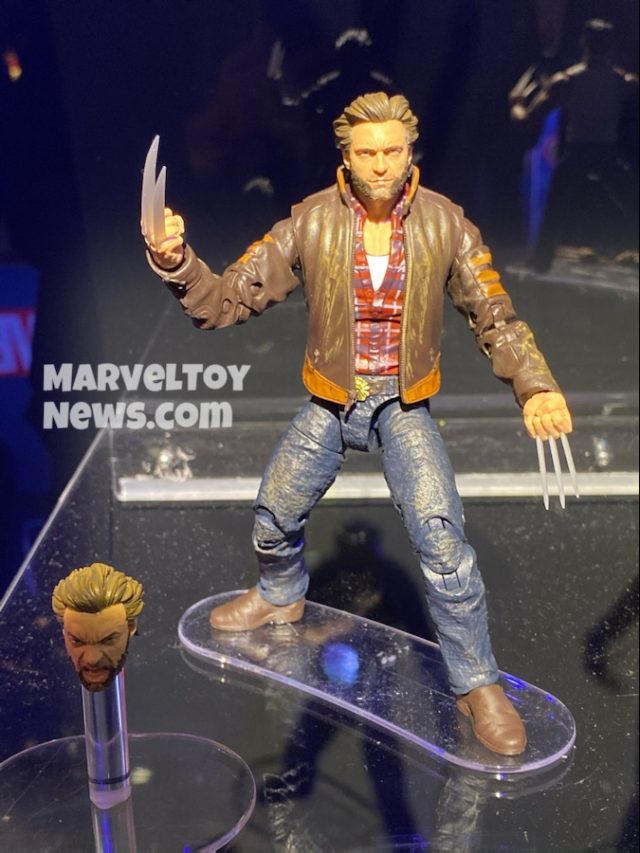 On the Wolverine front, we’re getting Hugh Jackman Wolverine in his “cowboy” jacket, as well as in his iconic white wifebeater tanktop. 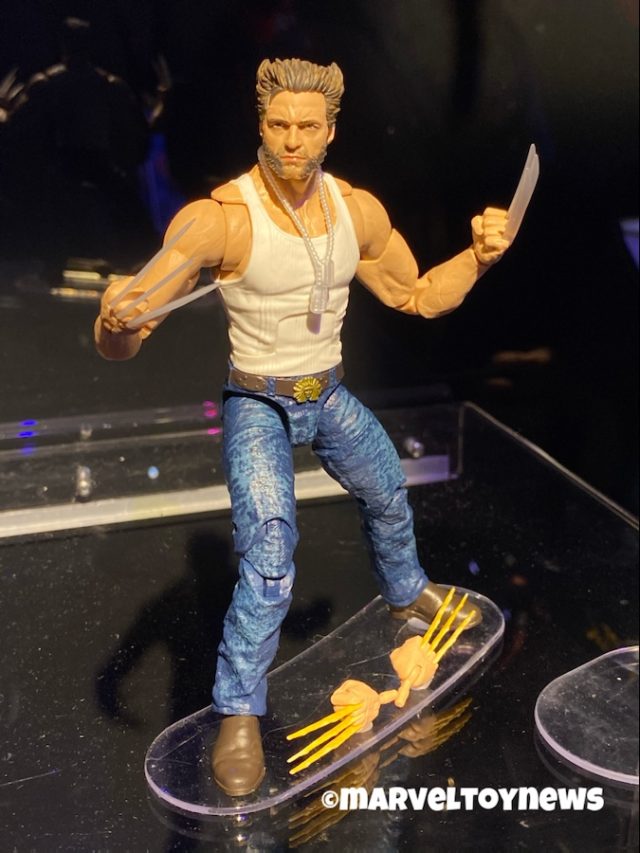 The tanktop Logan is an Amazon exclusive that’s up for order already, while we’ll have to wait a while for the other version to go up for sale. 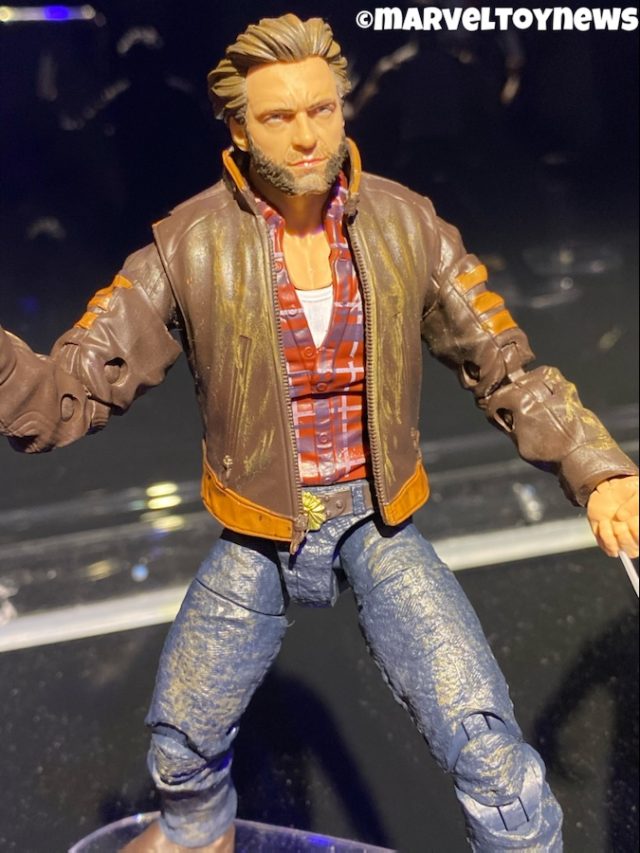 The Hugh Jackman likeness on these action figures is incredible—it almost makes it worth the long, long wait for updated Marvel Legends figures of him as Wolverine! 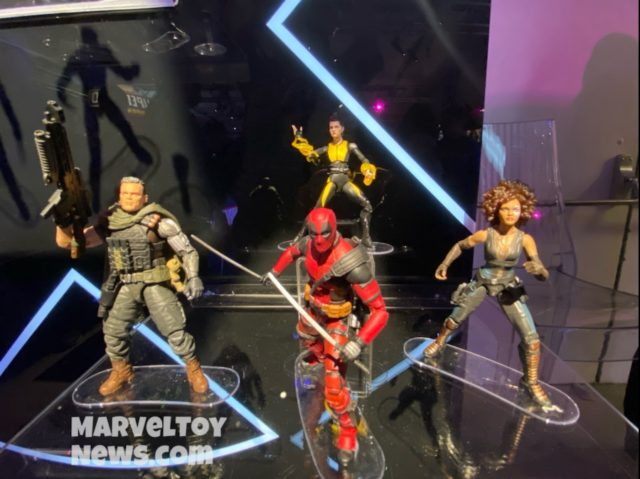 On the Deadpool front, there’s a quartet of figures from Deadpool 2 shown. I wonder if we might see Colossus and Juggernaut at SDCC 2020 to round out the movie’s cast? 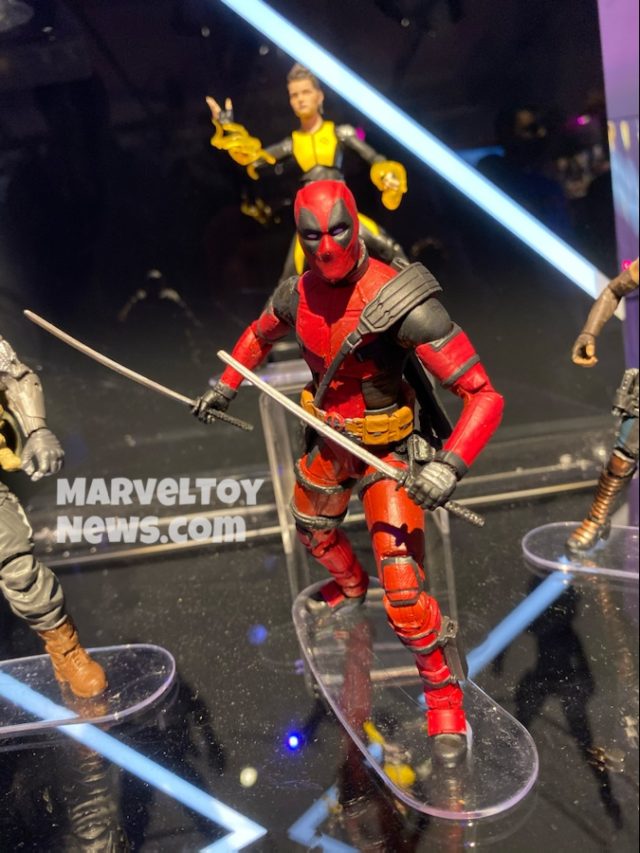 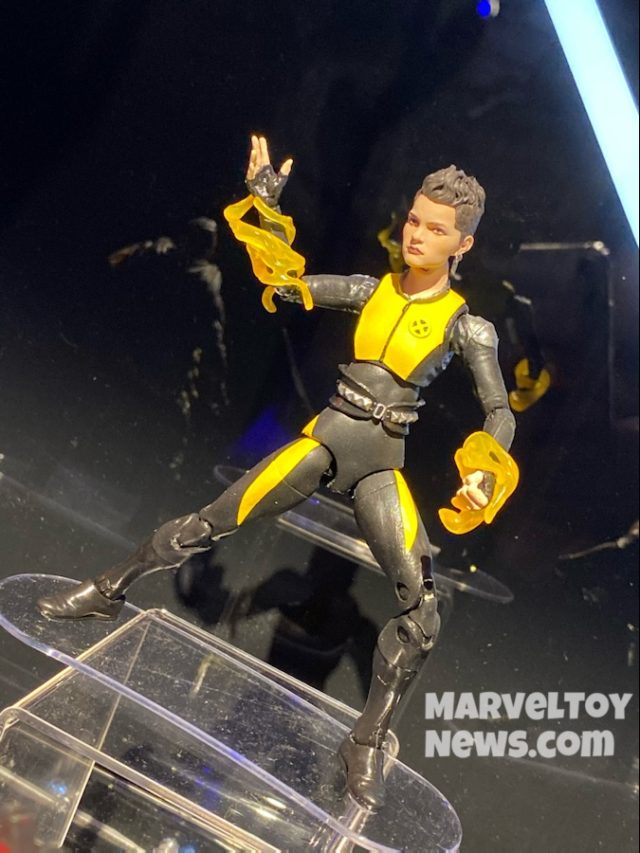 I’m not the biggest Negasonic Teenage Warhead fan (she doesn’t do a whole lot in the movie), but it is really cool to get an action figure of what is as close to a FOX movie original character as we’ll ever see. The toy looks great. 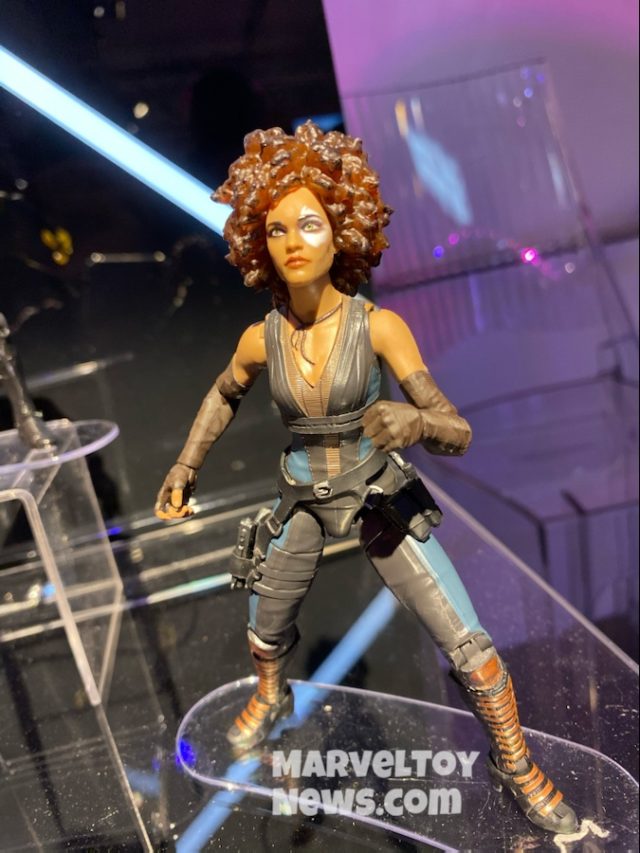 The Marvel Legends Domino movie figure is a winner as well. She was my surprise favorite character in Deadpool 2, and I think it’s a real crime she never got legit merch from the movie. 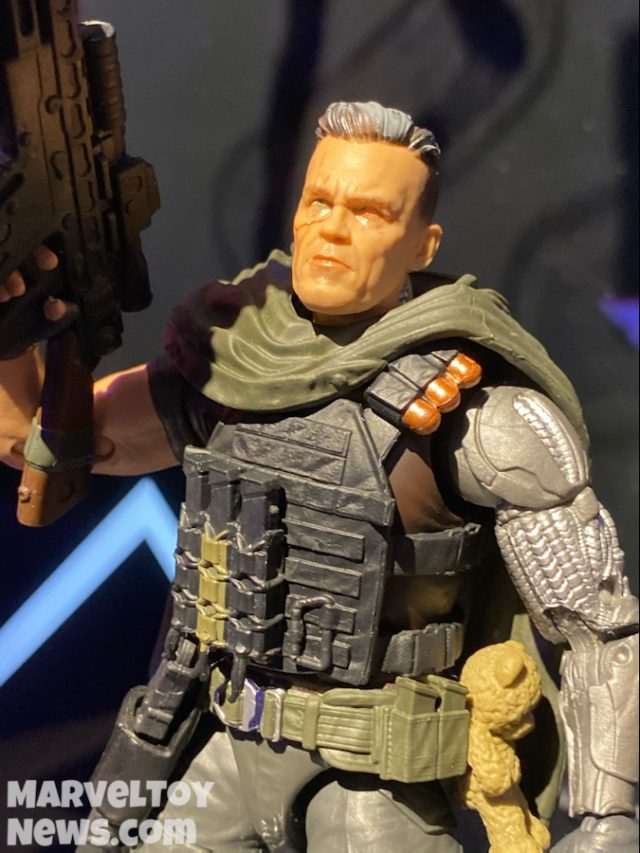 And of course, the other headliner from Deadpool 2 rounds out the reveals: a movie Cable Legends figure. It’ll be super weird having Josh Brolin Cable standing bear Josh Brolin Thanos on my shelf, but Hasbro did another bang-up job with this. 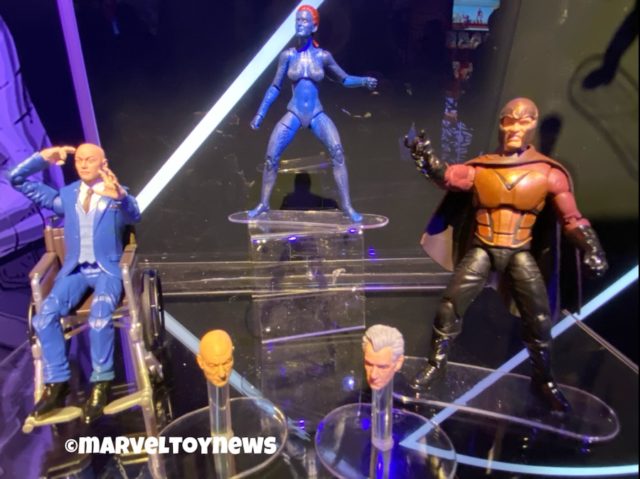 The Amazon Exclusive Wolverine movie figure is already available for order (and likely selling out fast), but it’s likely to be several months before we see the rest of these Hasbro figures go up for sale. Stay tuned to the site and the Marvel Toy News Facebook/Twitter/Instagram pages—I’ll post updates as soon as more information is available on when and where we’ll be getting these long-requested FOX X-Men movie toys.

Now that Hasbro has dropped the mega-ton by revealing these X-Men movie figures, what do you think, Marvel collectors? Are you still excited about owning toys from these movies years after the fact, or is Hasbro’s effort just too late to capture your dollars?