You are here
Home > Featured > The TMNT Limited Series II is Now Available from Loot Crate and NECA!

Sewers of NY (February 23, 2021) – No way, dude! Loot Crate, the world leader in fandom subscription boxes and NECA, the leading creator, marketer, and global distributor of licensed pop culture products have teamed up again to bring turtle lovers the TMNT Limited-Edition Series II. This awesome collection of limited-edition TMNT collectibles, apparel and gear follows the first series that quickly sold out, with collectibles and figures going for over $300 on Ebay. Don’t miss out on this new and exclusive Teenage Mutant Ninja Turtles series because it will SELL OUT FAST!

The TMNT Limited-Edition Series II kicks things off with the 1990 Movie themed crate. Join the Turtles on the big screen with a blockbuster-worthy celebration featuring a one-of-a-kind exclusive Danny Pennington Figure, TMNT T-shirt and more. This first crate ships in the summer with the rest of the series shipping in the following months. 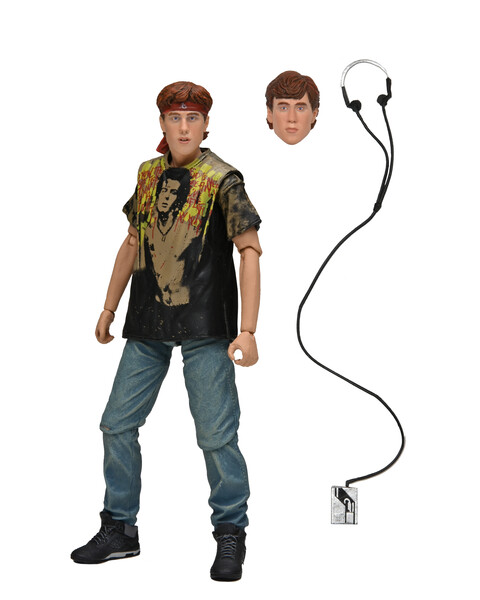 Crate 2 is arcade-themed and comes with a NECA exclusive Armaggon figure.

Crate 3 is themed after the comic books and includes a menacing Mutant Shredder exclusive figure.

Crate 4 will be themed after the cartoons with an exclusive Donatello the Dark Turtle figure. Order all 4 and get a totally tubular Scrag bonus figure! (Supplies are limited.)

NECA (National Entertainment Collectibles Association) is a leading creator, marketer, and global distributor of licensed consumer products based on some of the world’s most recognizable movies, video games, comic books, and pop culture. The NECA group of companies includes game developer and publisher WizKids, urban vinyl icon Kidrobot, and Joseph Enterprises, Inc., the creator of Chia Pet, The Clapper and other iconic American products.

is a leading subscription eCommerce service for fans of pop culture, video games, anime, and more. The Loot Company collaborates with global entertainment properties such as Pixar/Disney, Fox, Viacom, Crunchyroll, Marvel and NBCU to help audiences discover their favorite products. With over 20 premium consumer product lines in themed and limited-edition crates, as well as crowdfunded Loot Launcher exclusives and limited-edition capsule collections, fandom is delivered directly to subscribers’ doorsteps. Loot Crate was acquired by the Loot Company in 2019 and is supported by the heart of a diverse subscriber community affectionately known as Looters. The Loot Company is a wholly-owned subsidiary of Money Chest LLC, with sister brands including NECA, Kidrobot and WizKids. To sign up for a Loot Company subscription, visit www.lootcrate.com