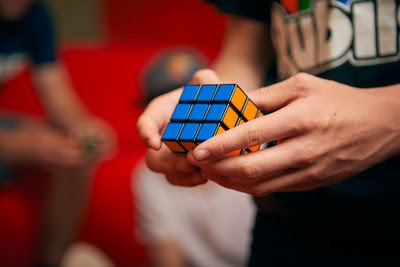 Invented by Ernő Rubik in 1974 and launched globally in 1980, the Rubik‘s Cube became a worldwide craze, selling hundreds of millions of units, and has inspired and challenged both young and old ever since. As a STEM-accredited puzzle, the Rubik‘s Cube supports brain development and cognitive skills by allowing children and adults to use their creativity, while developing and encouraging intelligence.

“The Rubik‘s Cube is an iconic puzzle that has permeated pop culture and captivated fans for more than 40 years,” said Elizabeth LoVecchio, Spin Master’s Vice President Marketing, Games. “We are excited for the opportunity to put our marquee innovation on the entire Rubik‘s portfolio and expand distribution through our global footprint.”

“It is really exciting that Spin Master will continue the legacy of the Rubik‘s Cube and fulfill my vision of nurturing smarter, future generations through play,” said Ernő Rubik. “We chose Spin Master because of their long-term lens and character.”

Spin Master has been expanding its leading position within the Games category through acquisitions of new titles and innovative partnerships and collaborations. The Games & Puzzles category is one of the fastest growing super categories in 2020* with families spending more quality time at home with their loved ones. Today, Spin Master is the third largest games company in the United States**.

“There are many growth opportunities for Spin Master with the Rubik‘s brand as we transition to a blended model of direct sales in combination with existing partners globally,” said Anton Rabie, Spin Master’s Chairman and Co-CEO. “Our games division has continuously grown over the past decade and is a cornerstone of Spin Master’s diversified portfolio. The addition of the legendary Rubik‘s Cube to our roster of games is a historic moment and we are honored to continue the legacy.”

The acquisition of Rubik‘s Brand Ltd marks Spin Master’s 22nd acquisition since the company was founded in 1994 and 12th since its initial public offering in 2015. The transaction is expected to close on January 4, 2021.

About Spin Master
Spin Master Corp. (TSX:TOY) is a leading global children’s entertainment company creating exceptional play experiences through a diverse portfolio of innovative toys, entertainment franchises and digital toys and games. Spin Master is best known for award-winning brands PAW Patrol®, Bakugan®, Kinetic Sand®, Air Hogs®, Hatchimals® and GUND®, and is the toy licensee for other popular properties.  Spin Master Entertainment creates and produces compelling multiplatform content, stories and endearing characters through its in-house studio and partnerships with outside creators, including the preschool success PAW Patrol and 10 other television series, which are distributed in more than 160 countries. The Company has an established digital presence anchored by the Toca Boca® and Sago Mini® brands, which combined have more than 25 million monthly active users. With over 1,800 employees in 28 offices globally, Spin Master distributes products in more than 100 countries. For more information visit spinmaster.com or follow on Instagram, Facebook and Twitter @spinmaster.