You are here
Home > Hot Toy Reviews > Rudolph the Red Nosed Reindeer & Santa Claus Are Going Up For Auction From Profiles in History
Two Of The Most Iconic Characters in Pop Culture!

Monumentally Important And Revered Around The World By Multiple Generations Who Grew Up Watching These Beloved Characters! 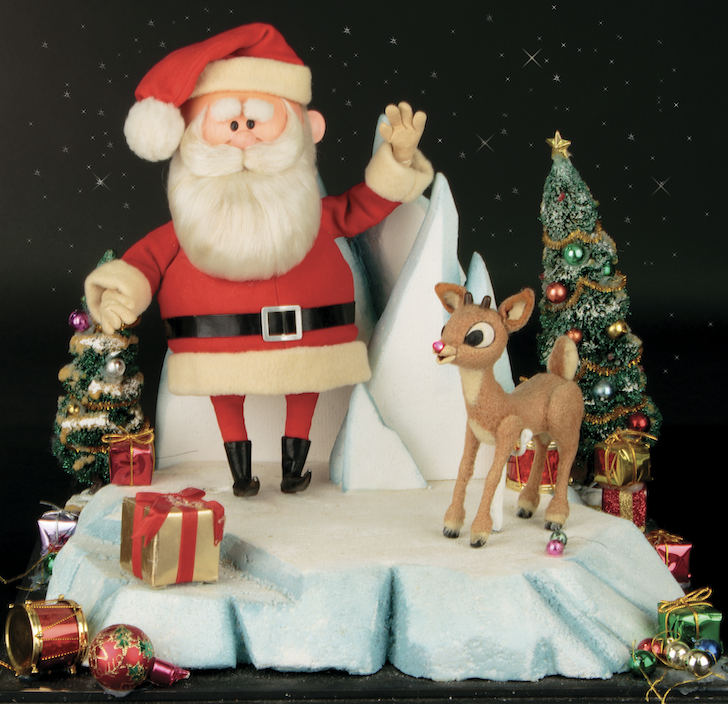 two of the most iconic and rare puppets of all time, “Rudolph” and “Santa” from the 1964 classic, Rudolph the Red Nosed Reindeer, will be going up for sale November 13th in Los Angeles. The film has not only become a classic, but a holiday tradition to baby boomers and their children and grandchildren.

The rarity of these puppets cannot be overstated. These primary character puppets are the only examples from this multi-generational holiday classic that Profiles in History has ever encountered! They remain icons in stop motion animation as well as American pop culture. They will be sold together as one lot that is estimated to sell for $150,000 – $250,000.

These were beautifully crafted by Japanese puppet maker Ichiro Komuro. The puppets are created of wood, wire, cloth, leather and 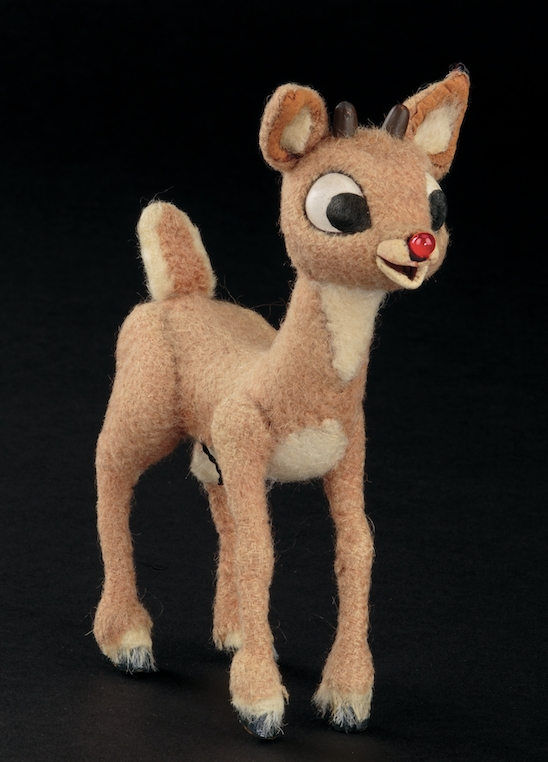 Following the production, these puppets were sent from Japan to New York, eventually landing (via NBC studios), to the offices of Rankin/Bass Productions, founded by Arthur Rankin, Jr. and Jules Bass, which produced Rudolph and other animated seasonal television specials including Santa Claus Is Comin’ to Town, Frosty the Snowman, The Little Drummer Boy and Here Comes Peter Cottontail. The puppets remained with the production company until the early 1970s when, upon moving their offices, Arthur Rankin, Jr. gifted the puppets to his secretary, Barbara Adams, who, in turn passed them along to her nephew. The puppets remained with the nephew until he sold them to a collector in 2005. In 2006, both puppets underwent light professional restoration. 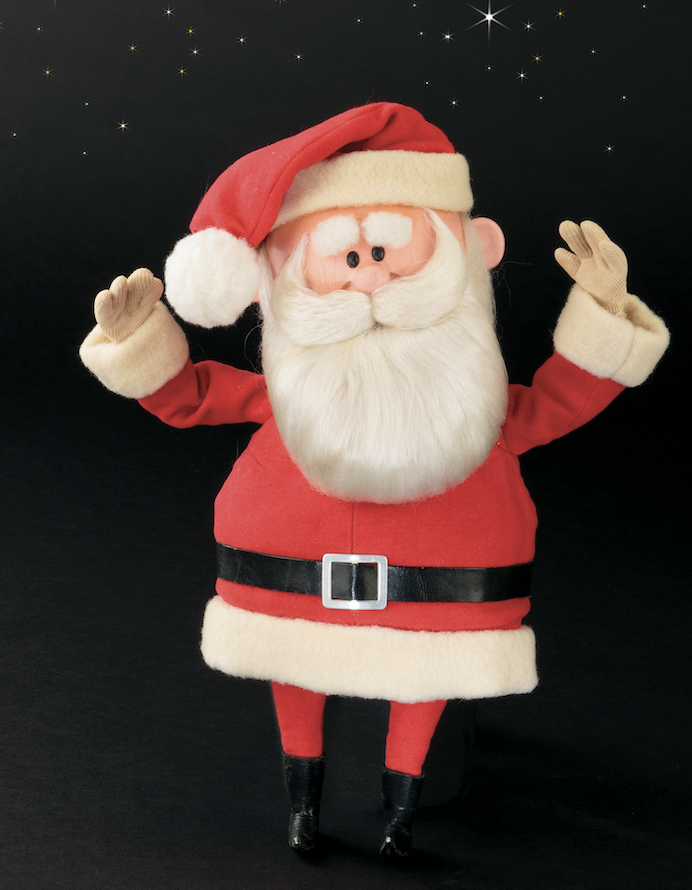 Rudolph’s nose bulb and some electrical wiring were replaced (his famous nose lights up!), and one side of Santa’s yak hair moustache was replaced along with the white fur ball on the end of his hat.

ABOUT PROFILES IN HISTORY
Founded in 1985 by Joseph Maddalena, Profiles in History is the world’s largest auctioneer & dealer of original Hollywood Memorabilia, historical autographs, letters, documents, vintage signed photographs and manuscripts. Born into a family of antiques dealers in Rhode Island, Joseph “Joe” Maddalena learned early on how to turn his passion of collecting historical autographs into a career. Upon graduation from Pepperdine, Joe pursued his passion to become a full-time dealer of historical documents, and opened his first office in 1985. Profiles in History has held some of the most prestigious and successful auctions of Hollywood memorabilia and own virtually every Guinness Book record for prices of original screen-used memorabilia.  Highlights from their previous auctions include the “Cowardly Lion” costume from The Wizard of Oz for $805,000; Steve McQueen’s “Michael Delaney” racing suit from Le Mans for $960,000; From the history-making Debbie Reynolds Auction in June 2011, Profiles in History sold the Marilyn Monroe “Subway” Dress from The Seven Year Itch for $5.52M and the Audrey Hepburn Ascot Dress from My Fair Lady for $4.44M. In February 2012, Profiles in History arranged the sale of a pair of Judy Garland screen-used Ruby Slippers from The Wizard of Oz to the Academy of Motion Picture Arts & Sciences. In June 2017, at his Hollywood Auction 89, Joe sold the Gary Cannavo collection of Battlestar Galactica spaceships for 1.8 million dollars, the Saturday Night Fever dance floor for 1.2 million and an R2D2 for 2.76 million.  In May 2018, Joe sold the Big Book of Alcoholics Anonymous for 2.4 million. In addition, Joe Maddalena was the star of Hollywood Treasure, which aired on Syfy.  Hollywood Treasure took viewers into the fascinating world of showbiz and pop culture memorabilia.