From the moment that Hasbro placed the Marvel Legends Sasquatch Build-A-Figure on display in Canada close to two years ago, it was a foregone conclusion that we’d eventually see that mold reused in white for a Wendigo. And to the surprise of no one, that day has arrived and the not-so-mythical monster can now be assembled! You can build your own Marvel Legends Wendigo by buying all the figures in the X-Force Legends Series—but should you? 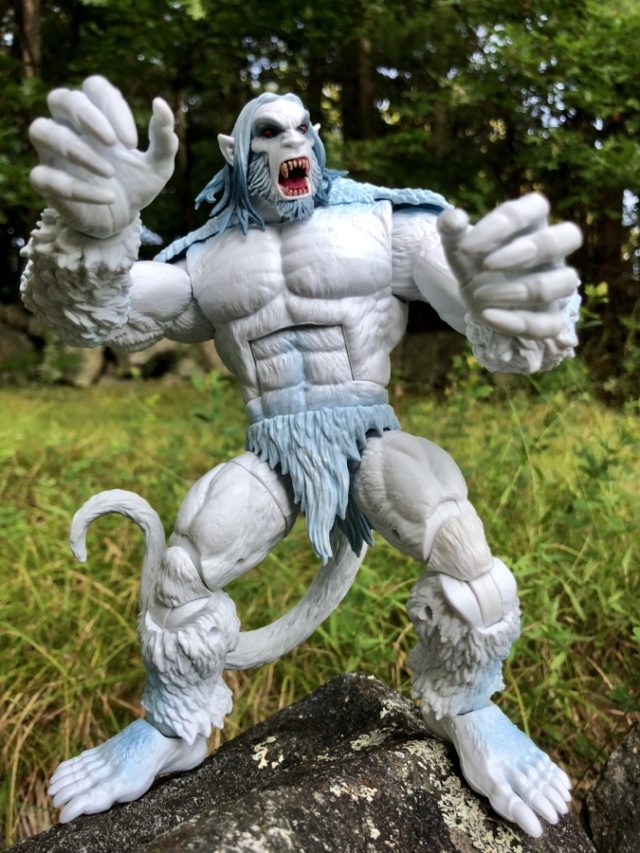 While it may seem like just yesterday that Hasbro delivered an exceptional classic Wendigo action figure in the Hulk Legends Fin Fang Foom series, it turns out that that was actually a full decade ago. Time flies!

And so, though they’ve delivered a ML Wendigo to us once before already, Hasbro’s design team decided to put the Sasquatch tooling to good use and give us a new spin on an old favorite as the inaugural Marvel Legends X-Force Series Build-A-Figure! 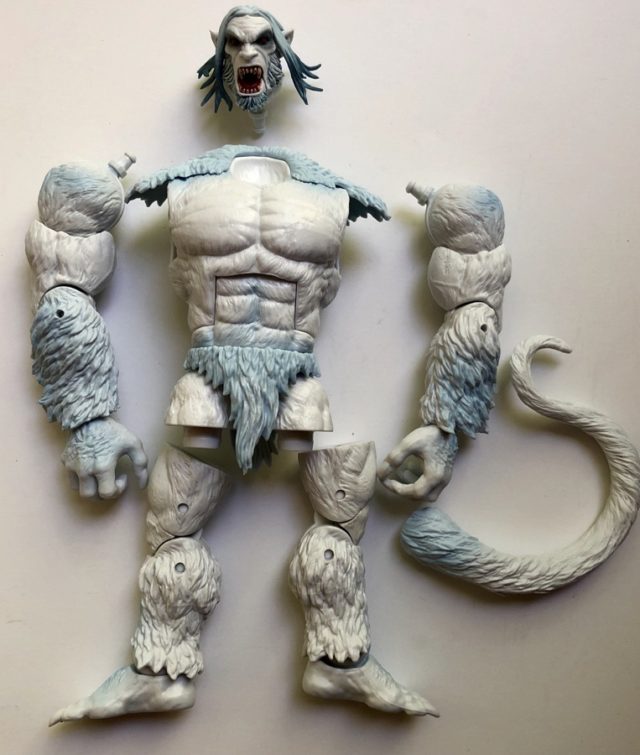 In order to get all seven pieces of Wendigo (head, tail, body, arms and legs), you’ll need to purchase all six figures in the X-Force Legends wave (X-Force Wolverine, Nightcrawler, Guardian, Boom Boom, Cannonball and Mr. Sinister). Guardian is the only character to come with two pieces (the body and tail), which makes sense since he’s the most obscure character in the whole series and thus can benefit most from more/larger BAF pieces. 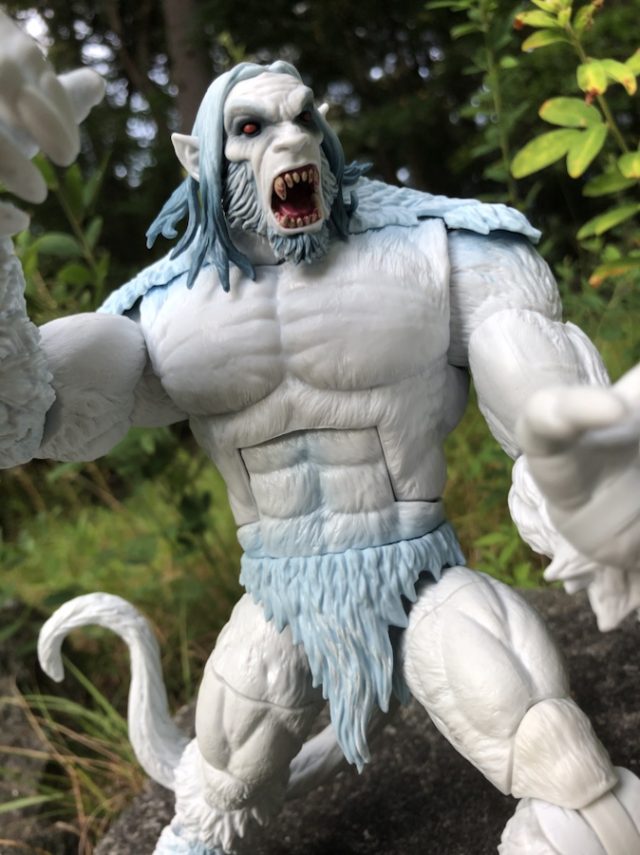 Obviously, the biggest change both from the original Fin Fang Foom Series figure and also the Sasquatch BAF is the all-new head sculpt. Hasbro opted for a modern interpretation of the head, as seen in the Amazing X-Men World War Wendigo story a few years back. 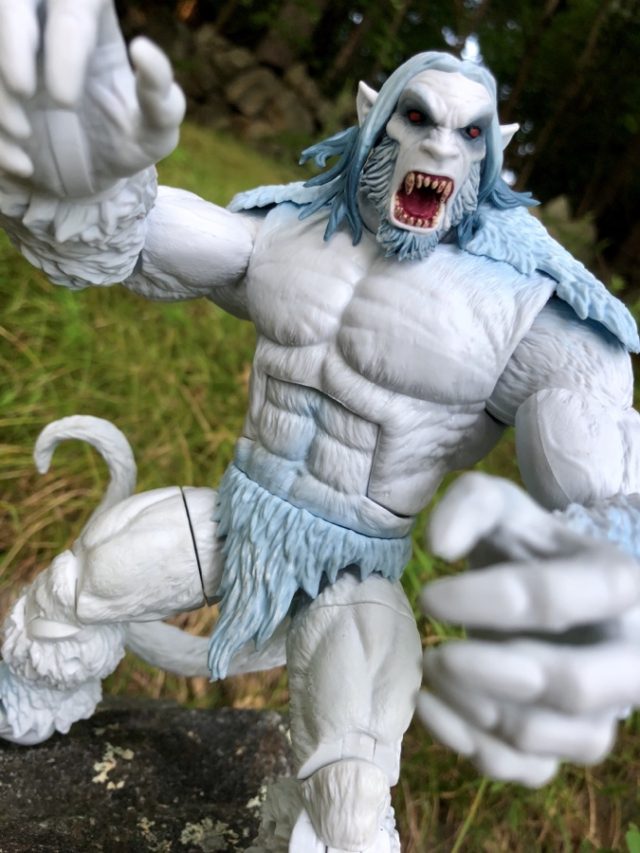 The new head is… okay. I don’t particularly like the style of the head from the World War Wendigo story arc, but I also have to respect that Hasbro has captured it faithfully here. I think the head is ugly—but accurate. The sculpting and paint work are tremendous and bring this BAF to life personality-wise—I just don’t like the source material worked from. 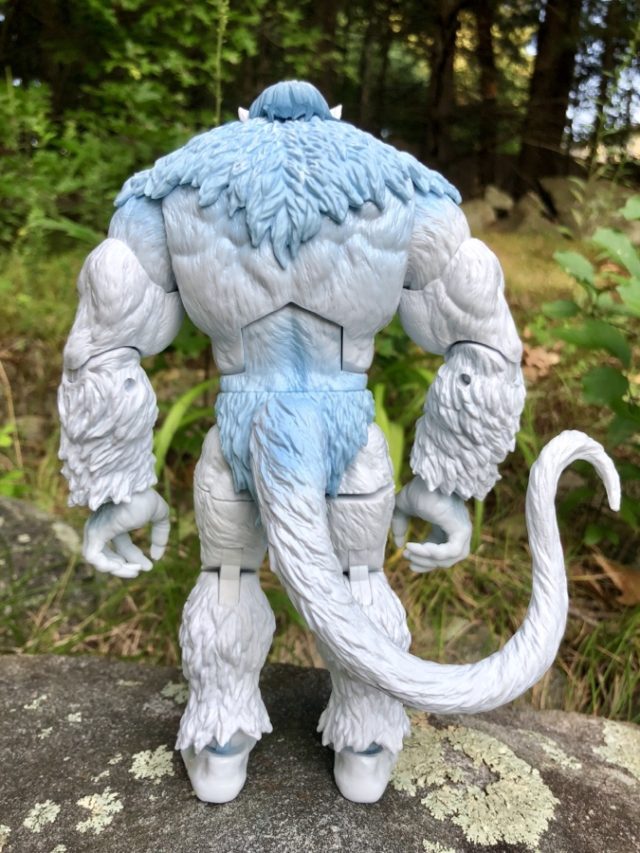 In addition to the new head, there’s also a new right hand and tail. The “clawing” right hand makes more sense for Wendigo than the fist Sasquatch had would have, so that’s a definite thumbs up. The tail is a little bit rubbery and wobbly-feeling, but I appreciate that it can swivel and I like the sculpting detail on the fur. Well-done. 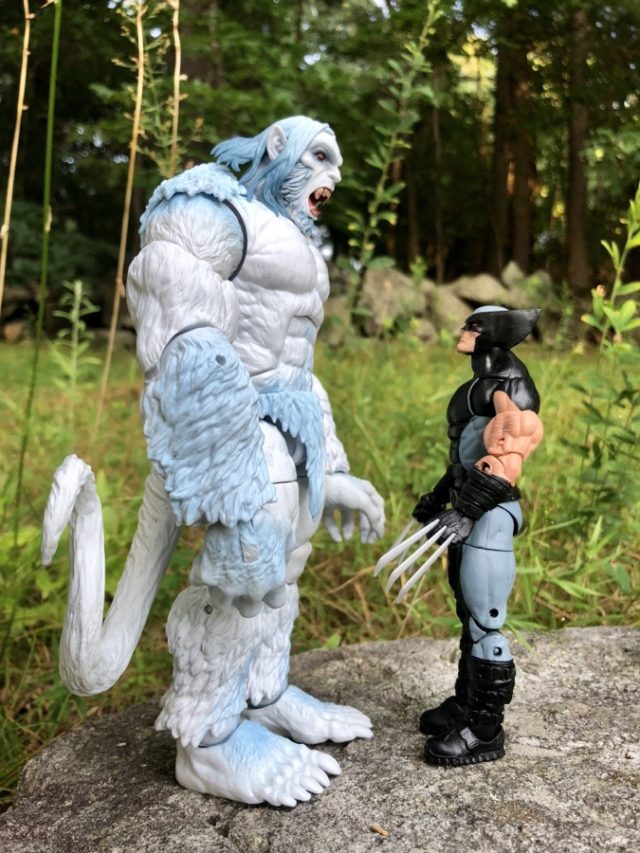 Obviously, the other immediately noticeable difference is the color scheme on this 8″ Build-A-Figure. As he should be, the X-Force Wendigo Legends figure is primarily white, with some very light blue highlights on the fur throughout the body. 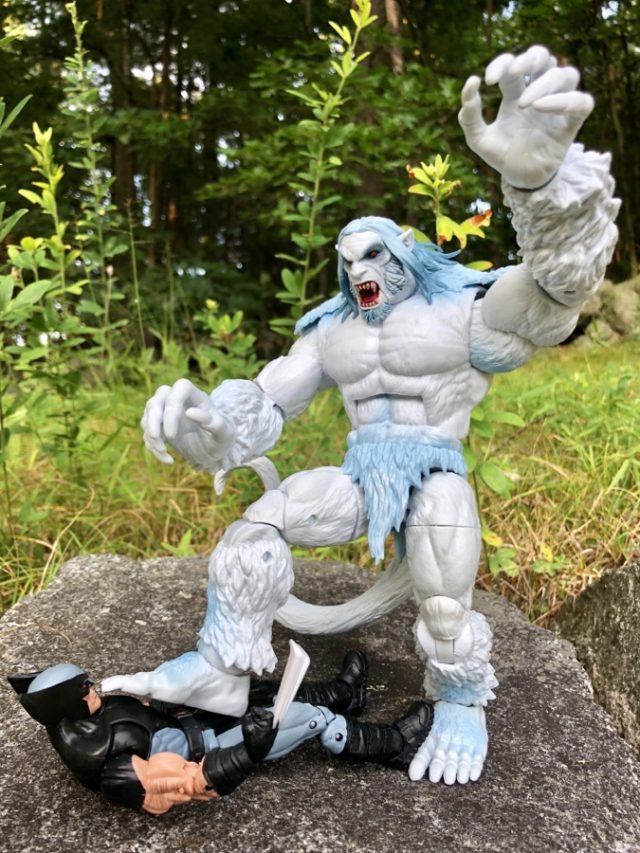 The only real issue I have with the blue paint is the way that Wendigo’s hair on his head gradients from white to dark blue at the tips, which is a bit off-putting and overpowering. I don’t hate it, but I think it’s a bit much. 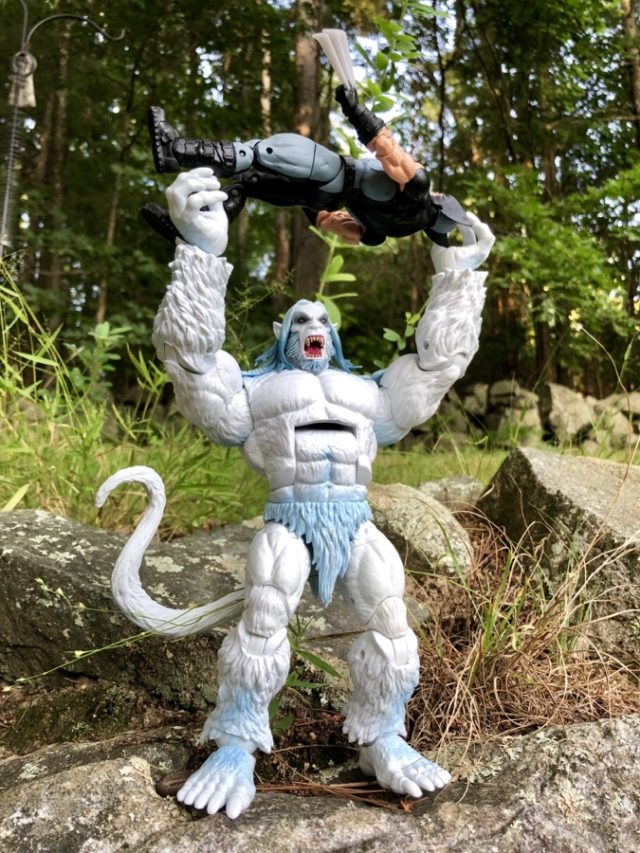 Everything else I said in my review about the Sasquatch BAF last year stands this year. The figure is sturdy and can easily hold smaller Hasbro figures aloft, and the articulation scheme is solid, though not quite up to the level of the best-articulated Marvel Legends figures these days.

More flexibility in the arms would be a big enhancement, but the posing potential is decent as-is. The complete articulation scheme on this figure is: 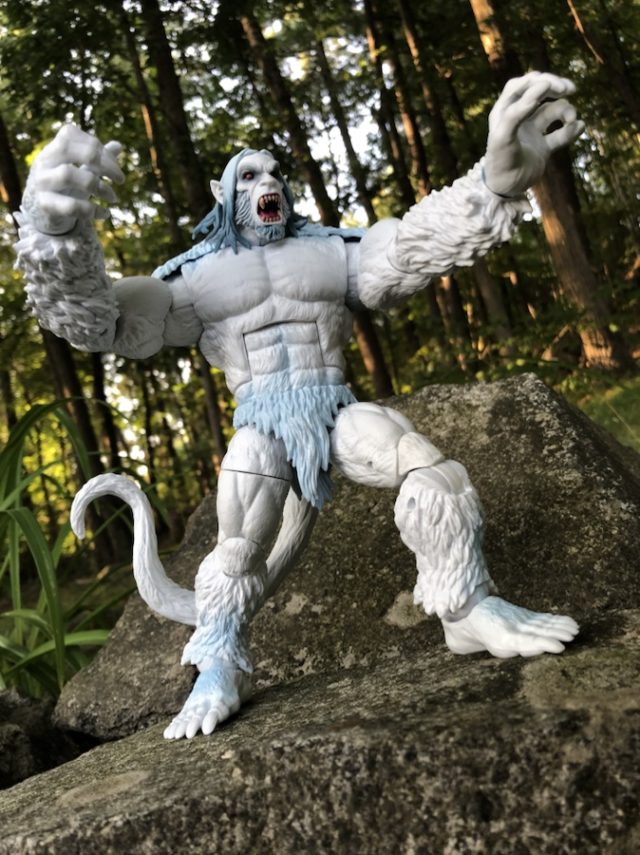 Overall: I thought the Deadpool Series Sasquatch was solid but boring last year, and I think the X-Force Series Wendigo is solid but boring this year. Those who don’t have the previous Wendigo may want this one, but I don’t imagine many who have the 2009 version are going to be as keen on it.

The new modern head is a design that won’t appeal to many folks (including me), but it’s definitely expressive and well-done. The paint looks nice other than some of the hair on the portrait, and the articulation is adequate for most poses this character would be in. The BAF Wendigo is unlikely to be on “Best of 2019” Lists, but it’s a good figure overall.