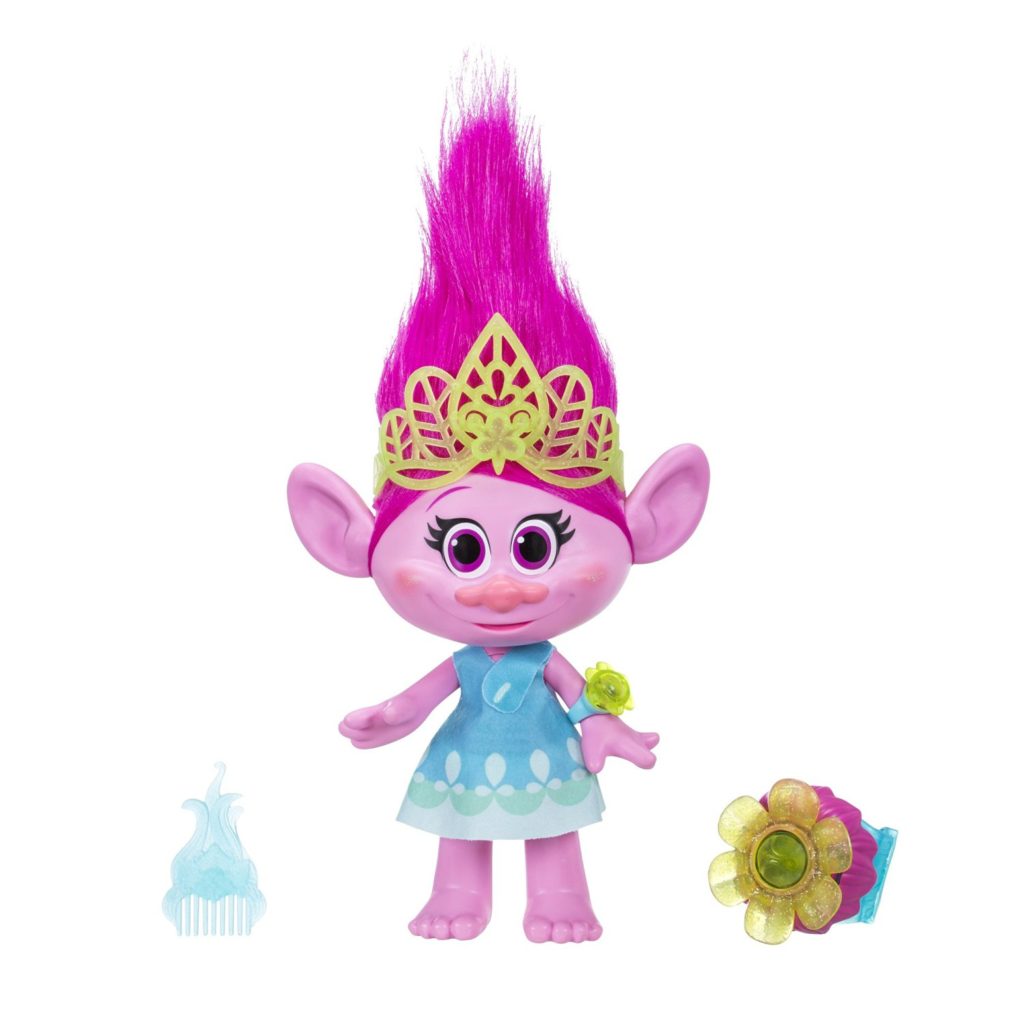 DreamWorks Animation SKG produces television programs and animated feature films, as well as online virtual worlds. As with most film production companies these days, they also offer movie tie-in toys and officially licensed games and products. One such item that toy experts are predicting will be popular this holiday season is the DreamWorks Trolls Hug Time Poppy, based on a character taken from the movie Trolls.

Is the DreamWorks Trolls Hug Time Poppy Worth Buying?

When children love a movie, they don’t want to leave the experience at the theater. This simple fact fuels a billion-dollar industry that reproduces virtual movie characters into real dolls, action figures and figurines. That is the appeal of the DreamWorks Trolls Hug Time Poppy, which young girls are going to be looking for this holiday season.

Poppy is well-represented, appearing very similar to the movie character in every way. She sings several signature songs from the movie, and her bracelet is synchronized to the one your child wears. Whenever a song is played, both Poppy’s bracelet and your child’s light up simultaneously, and in the same pattern.

Poppy reminds young girls to “Always let your true colors shine”, and this is just one of the many phrases and sayings borrowed from the movie. Poppy stands a full 14 inches tall, and is always ready to take a break for “hug time”. The bracelet that your child wears lights up to the beat of different songs, as mentioned earlier, and Poppy’s hair lights up as well!

One of the themes in the movie is that “With a song in your heart, you can do anything!” Accordingly, playtime with Poppy promotes positive thinking and self belief, through the many phrases and songs that this cute little troll repeats. When Poppy is activated, she lights up for hug time every hour, on the hour.

DreamWorks Trolls Hug Time Poppy requires 3 AAA batteries to work, and they are included with your purchase. If you have a young girl in your life who fell in love with the heartwarming characters in the Trolls movie, Poppy makes an affordable and adorable gift that promises to be popular this holiday season.