(BALTIMORE, MD) — (August 26, 2019) —Iron Man’s sacrifice to save humanity at the end of Avengers: Endgame is worthy of a collection that celebrates his life and heroism. That’s why Beast Kingdom and Diamond Comic Distributors have partnered to bring fans a PREVIEWS Exclusive Mini Egg Attack series featuring each of the seven generations of Iron Man suits.

Bringing together more than 10 years of action, the Hall of Amor, as seen in Iron Man 3, highlights the dedication and craftmanship Tony Stark displayed as a key member of the Avengers. Beast Kingdom’s PREVIEWS Exclusive Mini Egg Attack series takes the classic Iron Man suit designs and shrinks them to a convenient 3-inch height so you can take your desk collection to the next level! Both suit and storage units feature light up functions, so you can easily admire the paint and design work of Iron Man Suits Mark 1 to 7. 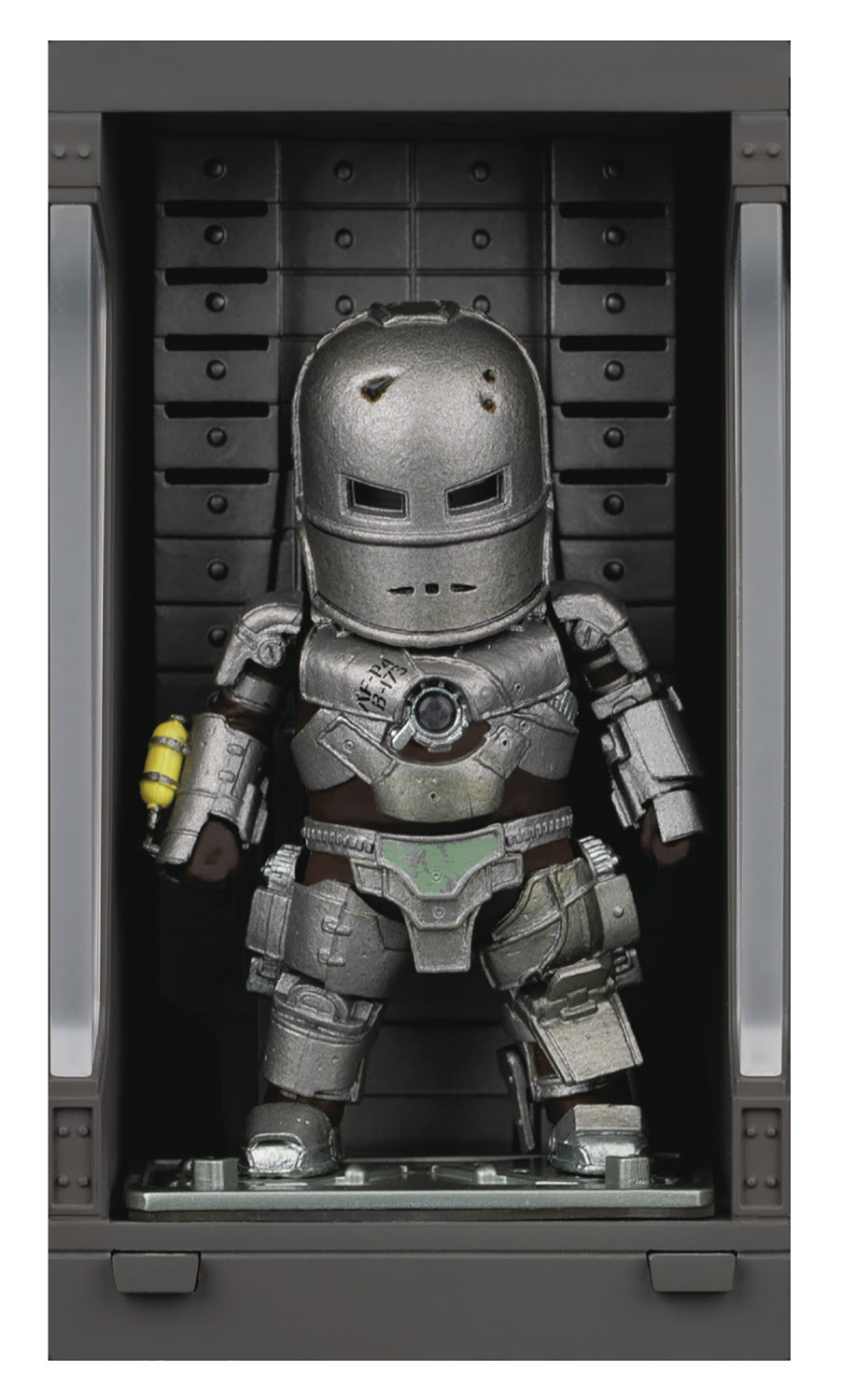 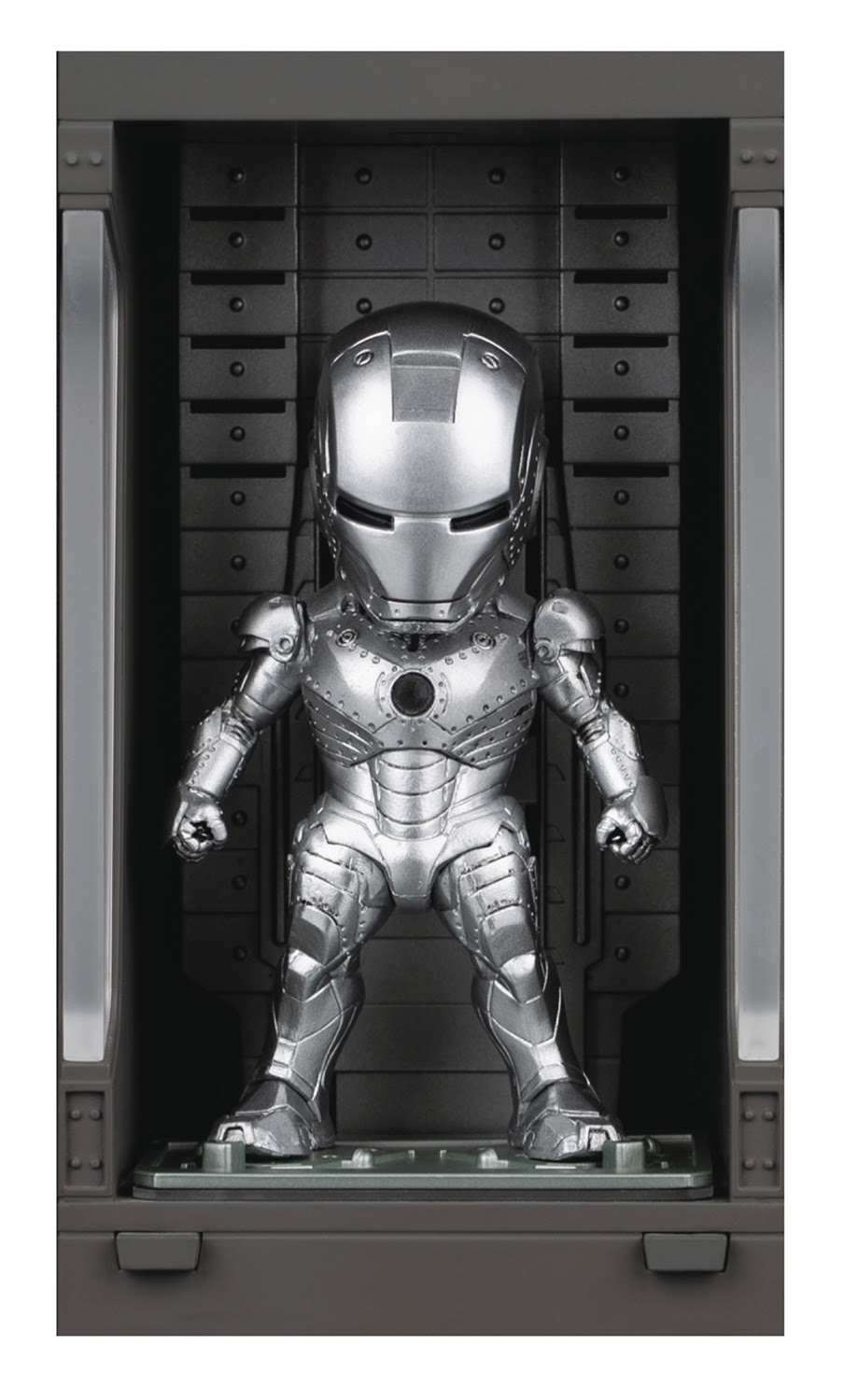 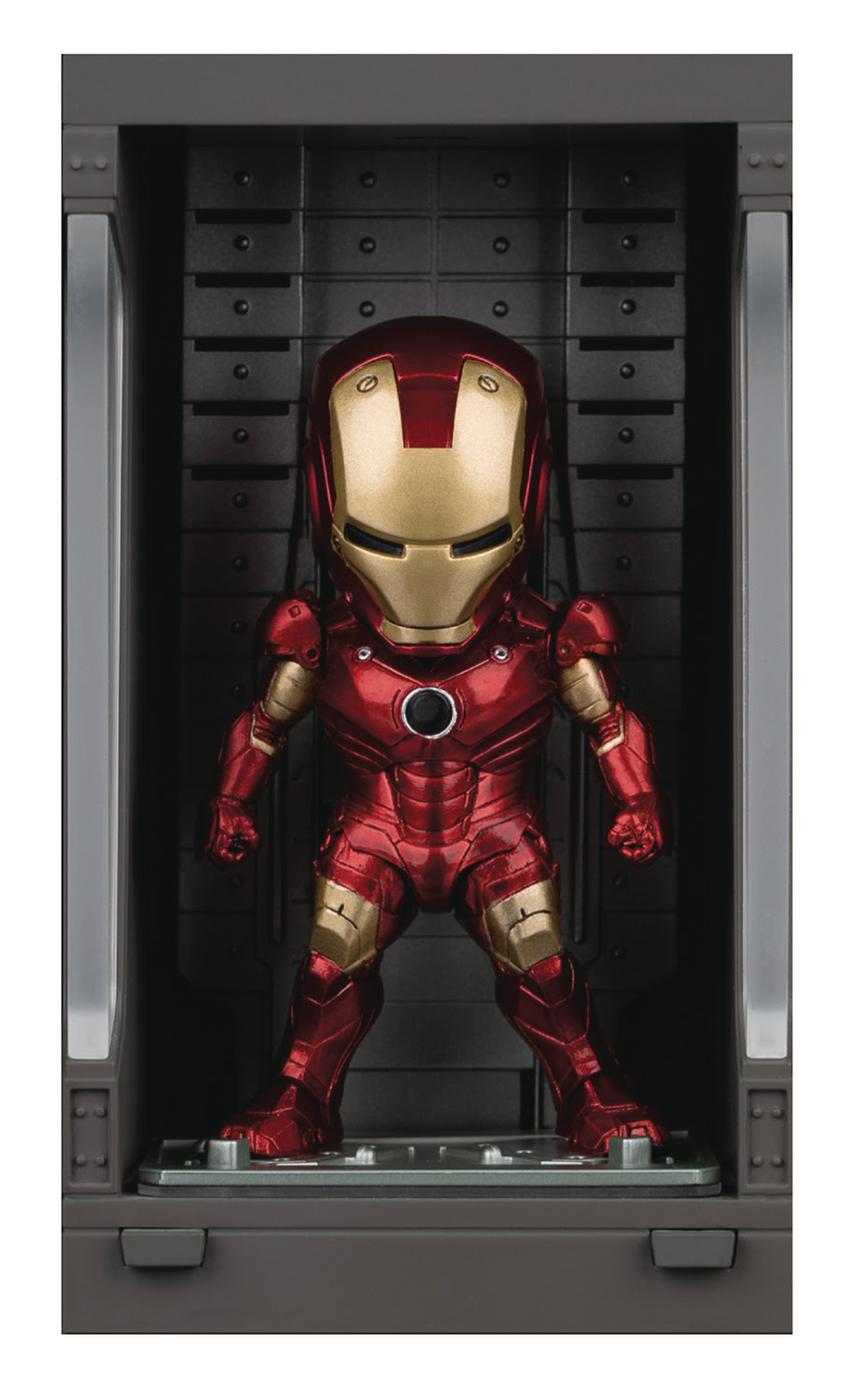 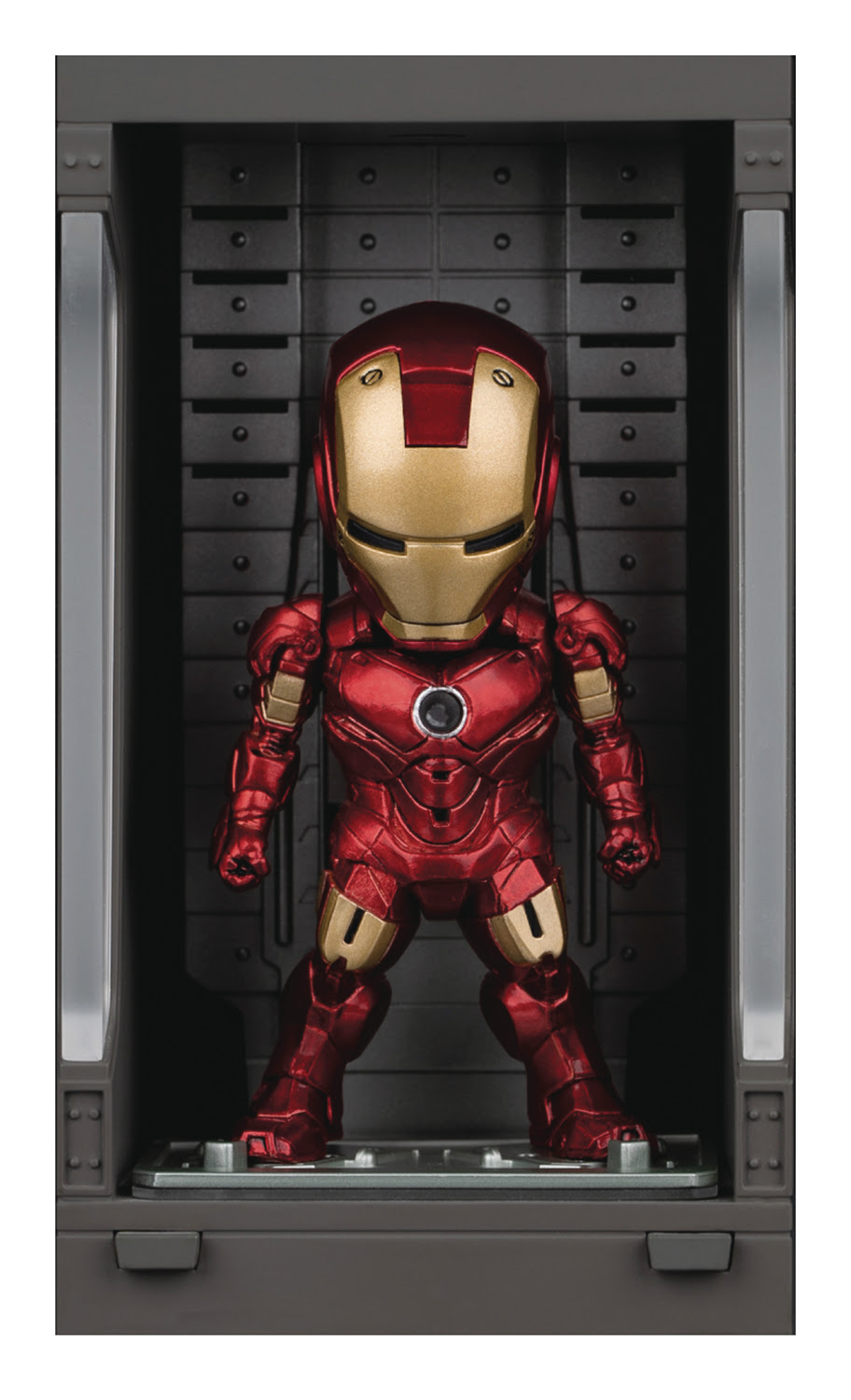 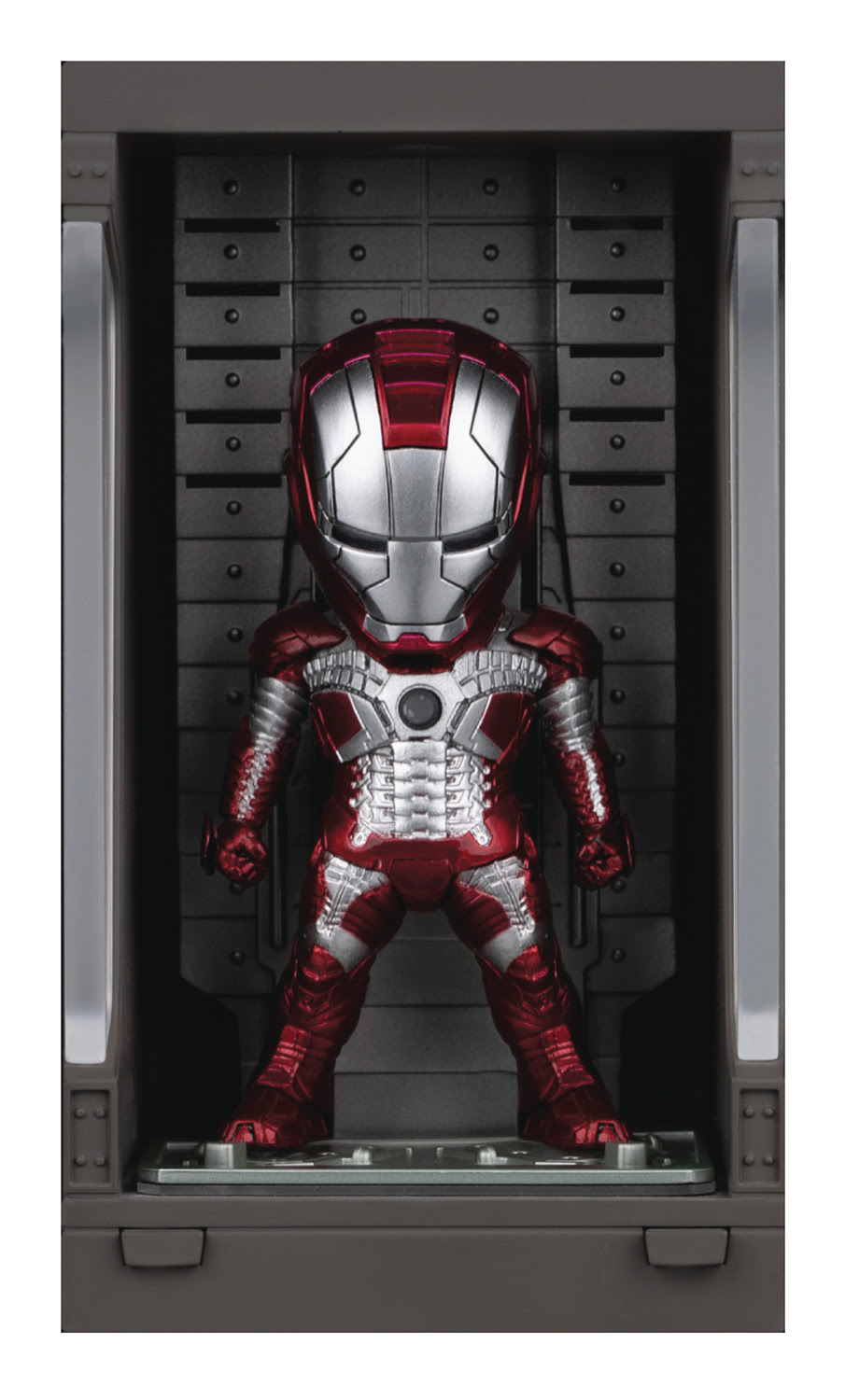 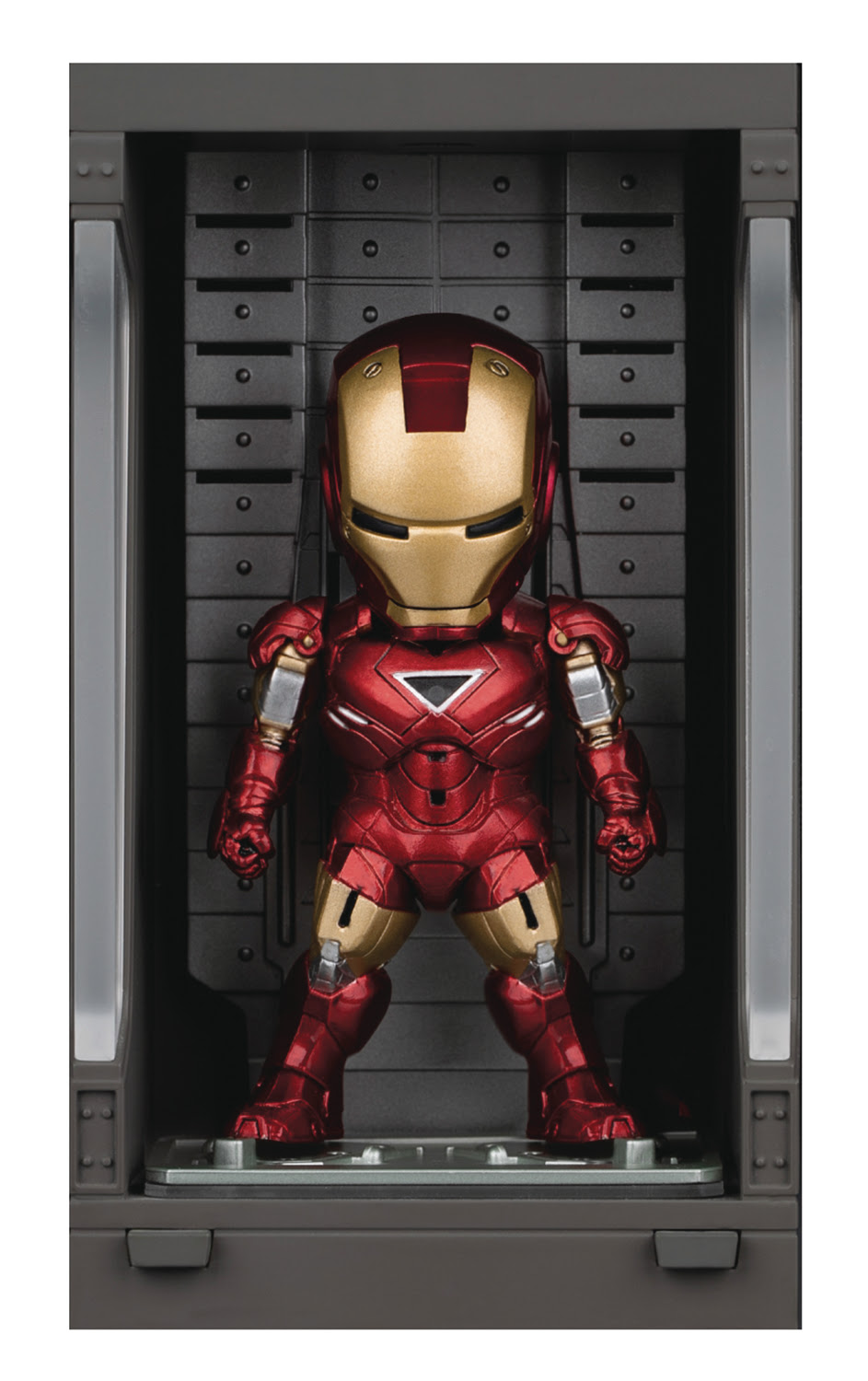 The PREVIEWS Exclusive Iron Man 3 MEA-015 Iron Man MK I, II, III, IV, V, VI, and VII with Hall of Armor figures are now available for pre-order at comic shops, with an expected release date of May 27, 2020. Each of the seven figures have a suggested retail price of $26.99. To find a comic shop near you, visit www.comicshoplocator.com.

ABOUT DIAMOND COMIC DISTRIBUTORS (DCD) — Diamond is at the nexus of comics and pop culture. Based in Hunt Valley, MD, DCD is the world’s largest distributor of English-language comic books, graphic novels, and related pop-culture merchandise, serving thousands of retailers worldwide. For more information, visit Diamond on the web at www.diamondcomics.com.

Retailers interested in placing wholesale orders for this item and other PREVIEWS Exclusive items are encouraged to contact Diamond’s New Accounts Department at newaccounts@diamondcomics.com.