Skip to content
You are here
Home > Hot Toy Reviews > Power Up With the “Mighty” Themed Marvel Gear + Goods Crate!

The September “Mighty” crate includes a variety of super-powered goods and wears, including a Thor Long-Sleeve Foil Tee to prep you for a night out. The “Mighty” crate also includes an Avengers Scarf Pouch and a Decorative Bathroom Rug. The September crate is packed with even more items that will showcase your love for Marvel’s Mightiest Super Heroes. 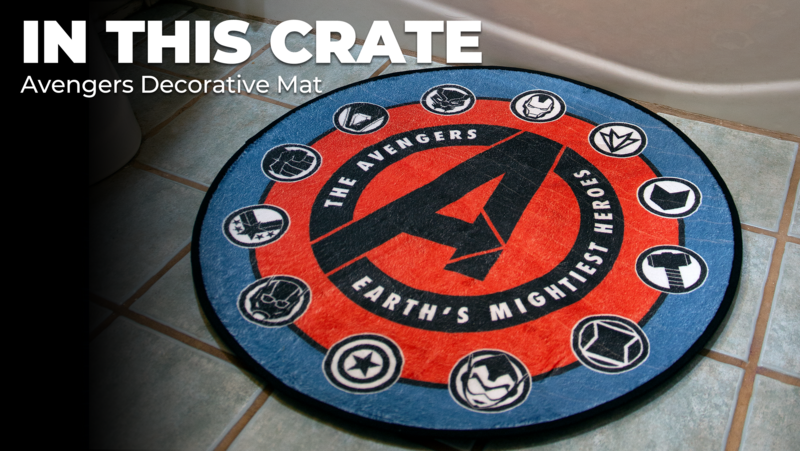 Marvel Gear + Goods crates start at $36.99 plus shipping and handling. These crates sell out fast, so be sure to get your “Mighty” crate before they’re gone. Be sure to order by September 15 at 9:00pm PST!

Marvel, a wholly-owned subsidiary of The Walt Disney Company, is one of the world’s most prominent character-based entertainment companies, built on a proven library of more than 8,000 characters featured in a variety of media over seventy-five years. Marvel utilizes its character franchises in entertainment, licensing and publishing. For more information visit marvel.com. © 2021 MARVEL

is a leading subscription eCommerce service for fans of pop culture, video games, anime, and more. The Loot Company collaborates with global entertainment properties such as Pixar/Disney, Fox, Viacom, Crunchyroll, Marvel and NBCU to help audiences discover their favorite products. With over 20 premium consumer product lines in themed and limited-edition crates, as well as crowdfunded Loot Launcher exclusives and limited-edition capsule collections, fandom is delivered directly to subscribers’ doorsteps. Loot Crate was acquired by the Loot Company in 2019 and is supported by the heart of a diverse subscriber community affectionately known as Looters. The Loot Company is a wholly-owned subsidiary of Money Chest LLC, with sister brands including NECA, Kidrobot and WizKids. To sign up for a Loot Company subscription, visit www.lootcrate.com