When pre-orders opened up and then sold out virtually instantaneously for the Target Exclusive Marvel Legends Storm and Thunderbird two-pack, many collectors feared that they were going to have a relative nightmare on their hands. But as fate would have it, this exclusive Marvel Legends Target pack has ended up being plentiful in many stores, leaving collectors with whether or not they want the set, rather than whether or not they can find it. And so, let’s start with a peek at the Marvel Legends Thunderbird figure… 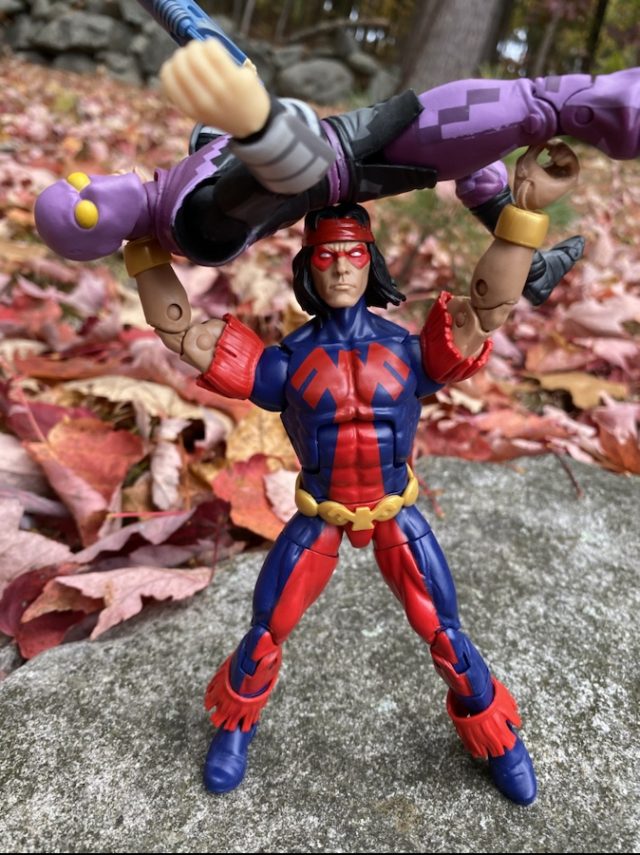 Let me open up this review with a disclosure of my own personality bias: I do not care much about Thunderbird as a character. At all. To me, John Proudstar is a character whose greatest contribution to the X-Men franchise was dying after just a few issues—and then being succeeded by his brother, Warpath.

I was all about the new ML Warpath we got in this year’s X-Force/Deadpool Strong Guy series. But Thunderbird? Yeah—not so much. But… is he any good? 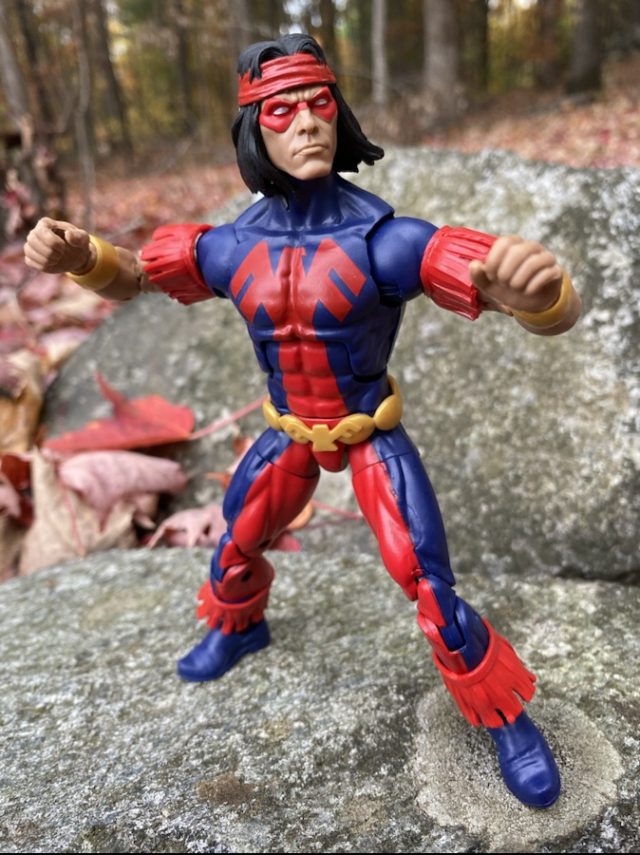 As soon as I popped my Marvel Legends Thunderbird figure out of the packaging, I immediately got hit with a nostalgia wave for the first-ever Toybiz Warpath figure, released over two and a half decades ago (God, do I feel old saying that). 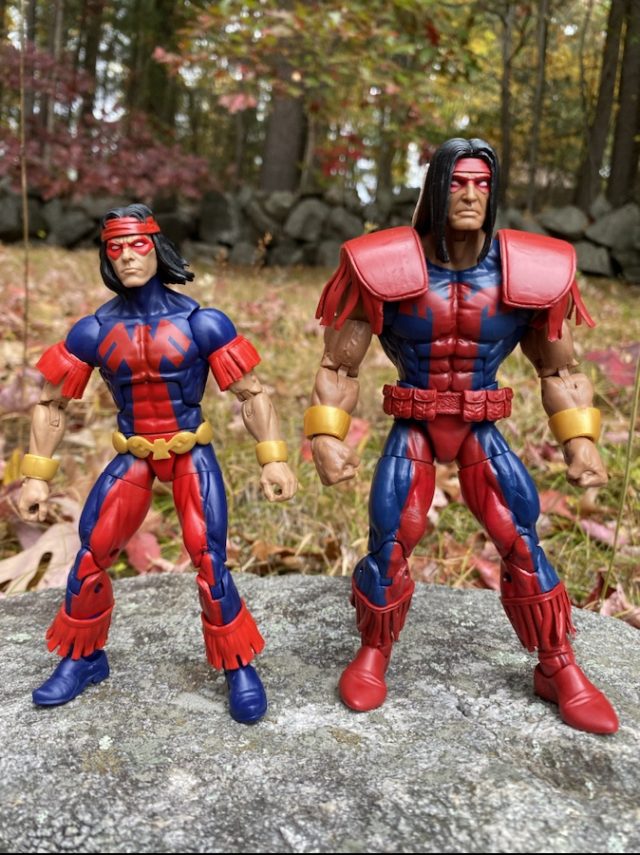 Oddly enough, that Toybiz X-Force Series 1 figure was too thin and undersized for my tastes—and so is this Thunderbird. While Thunderbird does not—and should not—have the hulking physique of his brother, I think Hasbro went with a torso mold here that’s simply too slim. 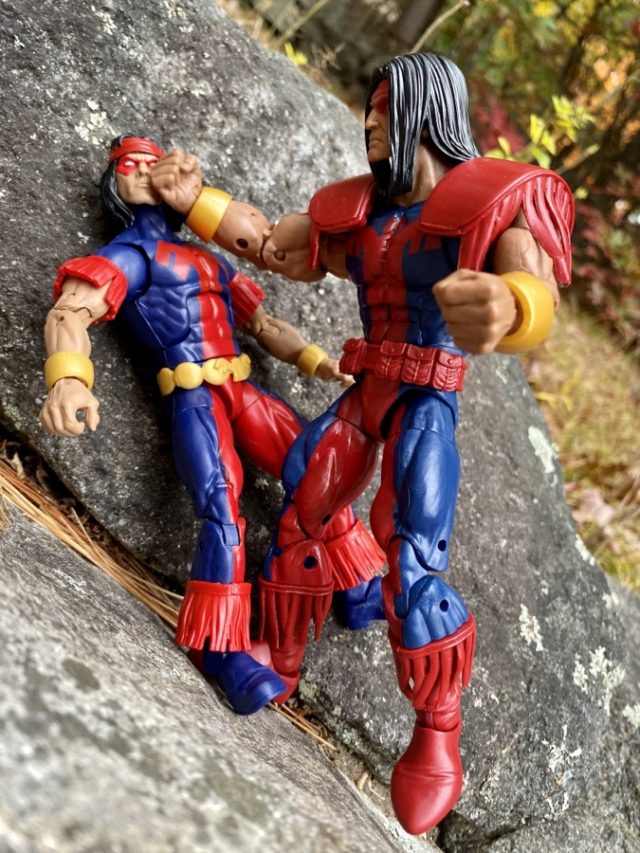 ML Thunderbird doesn’t appear powerfully muscular at all to me—he just doesn’t look beefy enough to be a powerhouse, even if his classic design wasn’t overwhelmingly built. Visually, that’s the biggest drawback of this figure to me. 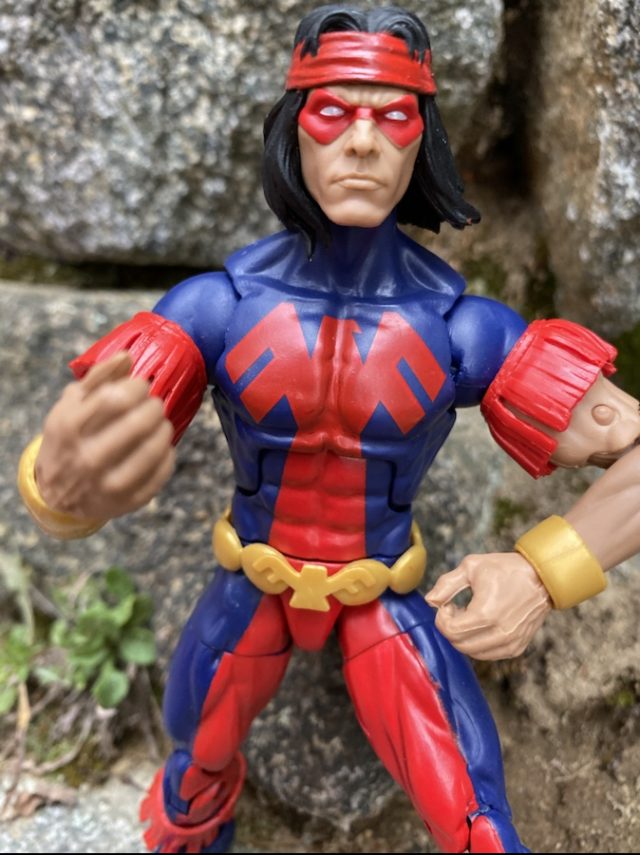 That’s a real shame, because otherwise I am fully on-board with the aesthetic of this figure. The head sculpt looks bang-on perfect to me, complete with frowning expression and white feather in back. I also think the golden belt add-on piece looks flat-out fantastic and really adds to the action figure’s design. 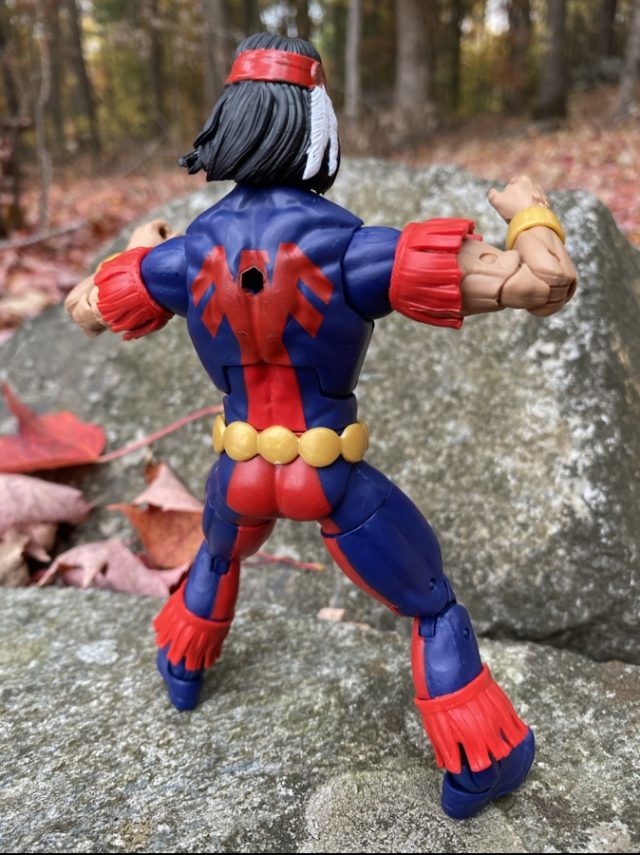 There’s six other add-on pieces to the basic mold present: gold wrist bracelets and tassels on both boots and below both shoulders. All half-dozen add-ons are worthwhile and improve ML Thunderbird overall, although the boot tassels do have a propensity to come loose and fall down, which always irritates the crap out of me. 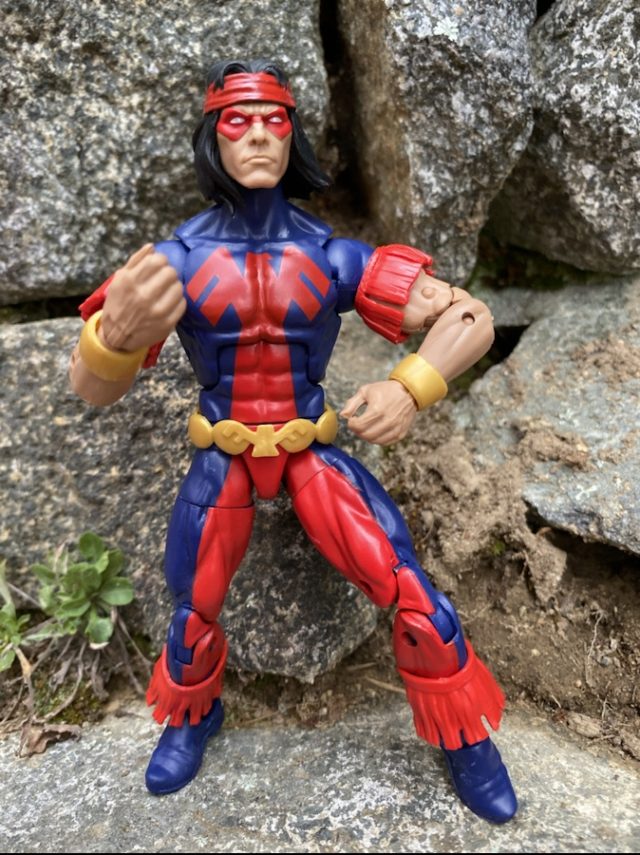 And then we come to the accessories. There are none. Now, I know that the Storm in this $50 two-pack gets a generous helping of extras, but the Thunderbird Legends figure getting bupkis just sucks. He has “holding hands” as his only pair of hands, meaning that John has no fists to punch things and no grasping hands to grab enemies to throw around. That is very lame. 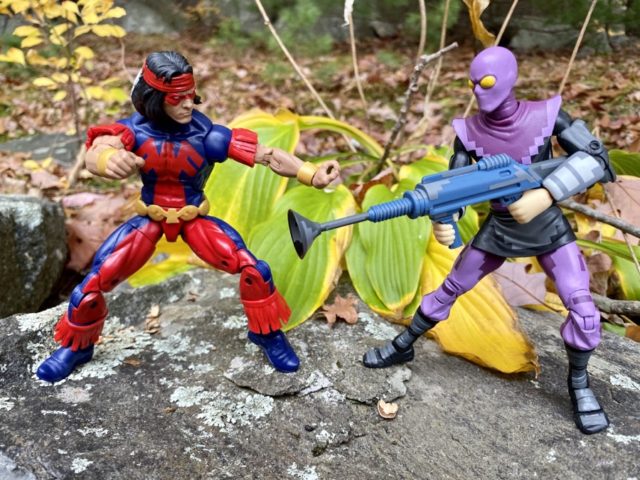 Despite potential poses being hindered by a terrible choice of hands, the Target Exclusive Thunderbird figure does have the excellent articulation set of the quality we’ve come to expect: 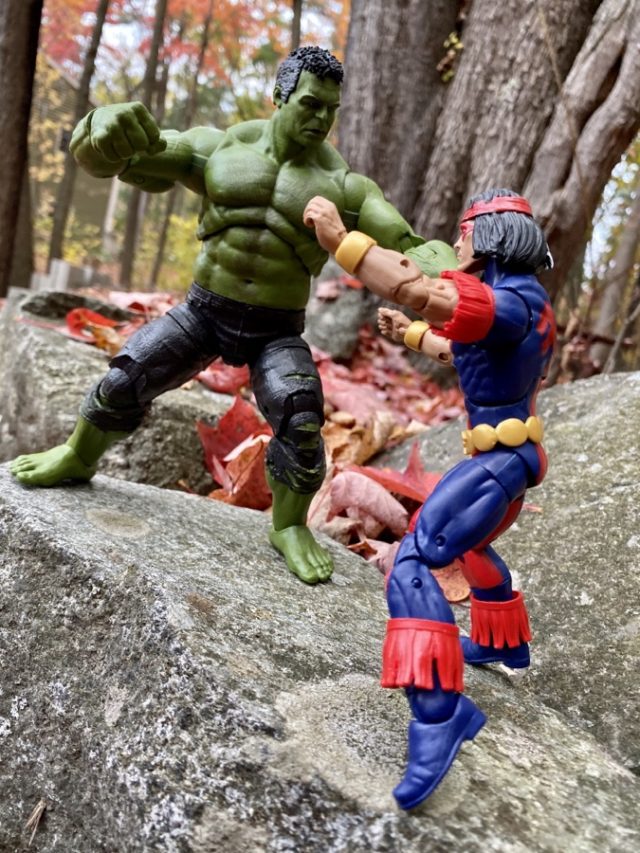 I don’t feel that there’s all that many logical poses to place this figure into, but the articulation that is present is plentiful nonetheless. 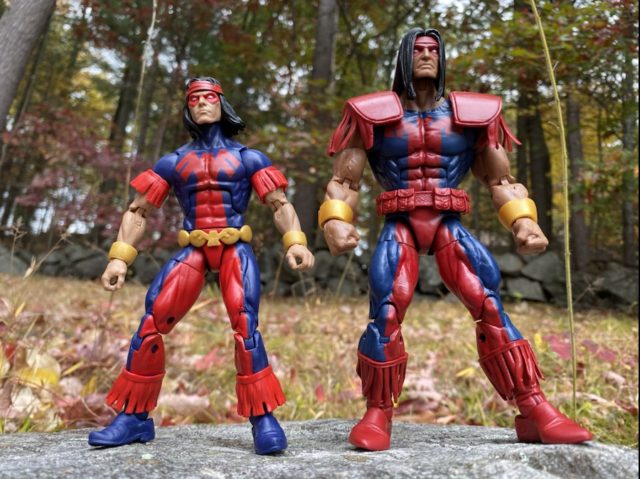 Overall: While there’s still room for improvement as far as a Thunderbird Marvel Legends figure goes, this one is basically “good enough” for me. I think the physique choice isn’t muscular enough, the lack of interchangeable hands hinders the possibilities for posing John, and the boot tassels can be a little bit annoying to keep up.

Even so, the head sculpt here is great, I dig the belt, there’s a wonderful articulation scheme, and the quality of both the plastic and paint applications are excellent. This is a good action figure overall, albeit an imperfect one. Those wanting a Giant Size X-Men #1 roster will likely be satisfied with this release.