Hasbro had some big announcements and reveals at their Pulse Con 2020 Marvel panel today, but the biggest of all (dimensionally-speaking, at least!) was the latest addition to their beloved 1:1 role-playing items line: the Marvel Legends Stormbreaker Life Size Replica is now up for order! Not only is this the largest Marvel Legends prop replica Hasbro has ever done, but it’s also the most expensive (other than the actual metal Captain America shield). Does Thor’s mighty axe from the Avengers movie look worth it? 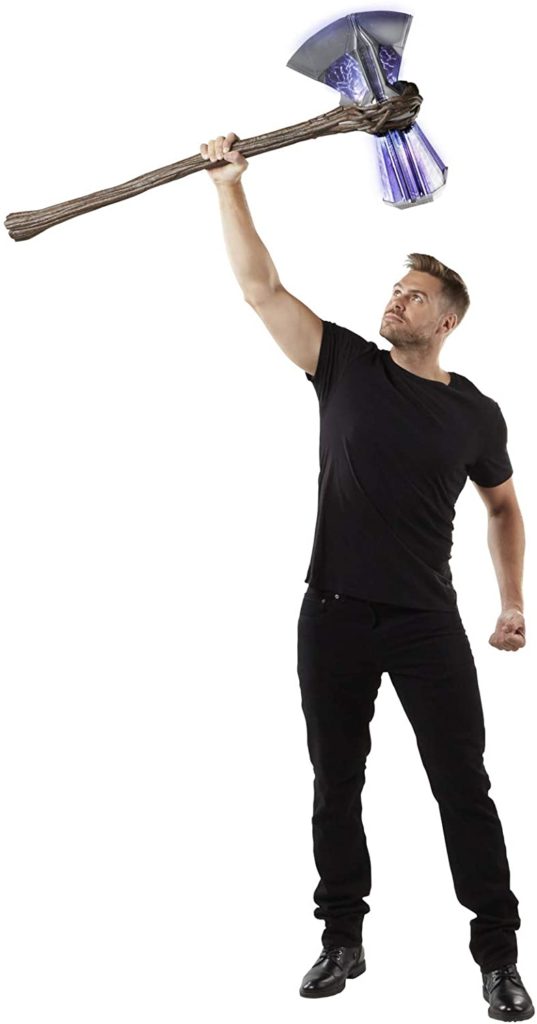 Hasbro actually teased a while back that they had a big reveal coming up for the Marvel Legends Life Size Replica/Role Play Toy line… but we get new additions to that line so rarely, I actually literally forgot all about it until that item was on-screen being revealed at PulseCon! Whoops!

Regardless, the curtain was dropped and the famed Avengers: Endgame (and Infinity War) axe was raised. Here’s my thoughts on it…

Up until now, all of the items chosen by Hasbro for this line have been things that are heavily significant in both comic books and movies, so I was a little taken aback to see Stormbreaker—a weapon closely associated with supporting character Beta Ray Bill in the comics—getting their 1:1 scale treatment. 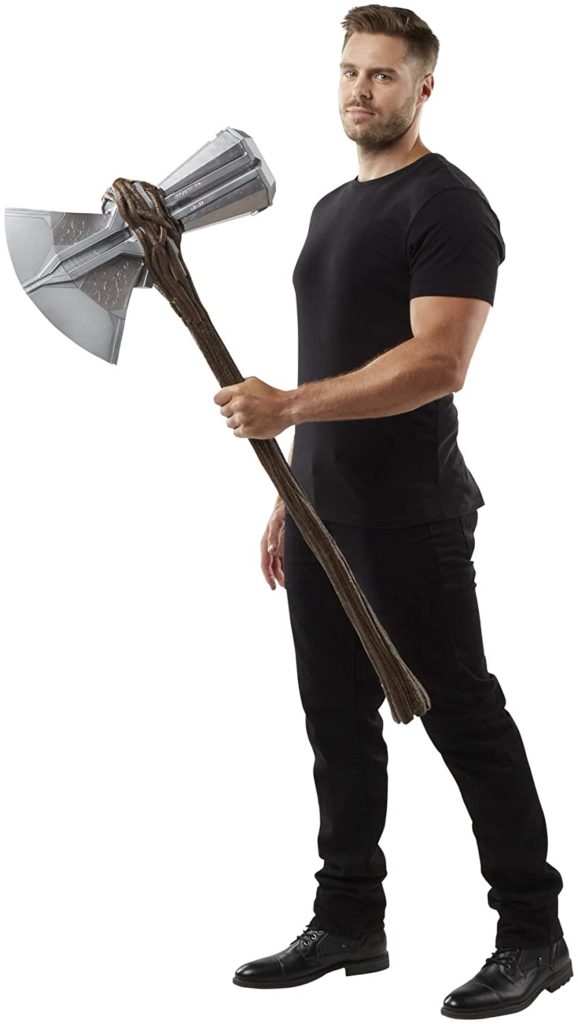 Then again, this is the humongous axe that cuts off (a) Thanos’s head in Avengers Endgame, so I suppose it is a bit more notable in the MCU than in the 616. I wasn’t especially sitting around dreaming about owning a life size version of this, but I understand the appeal. 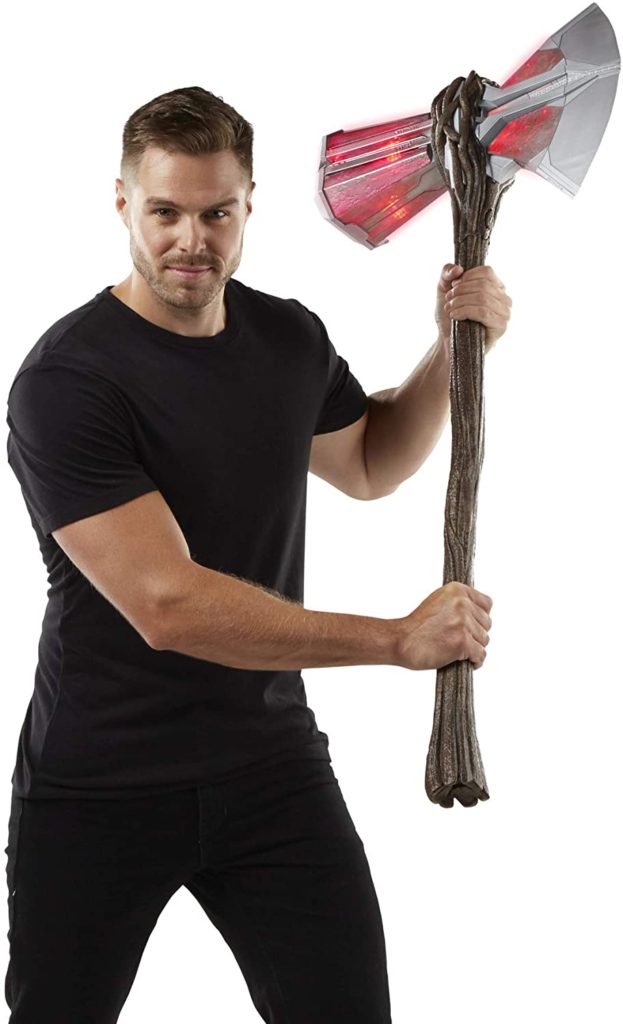 That said, the Stormbreaker Axe would still be rather low if I ranked my favorite replicas from this Hasbro lineup. I don’t think the wooden shaft is ideal to represent in plastic, and the electronic glowing red light and thunder sounds feel more “Halloween”-y to me than the electronics on Mjolnir did. 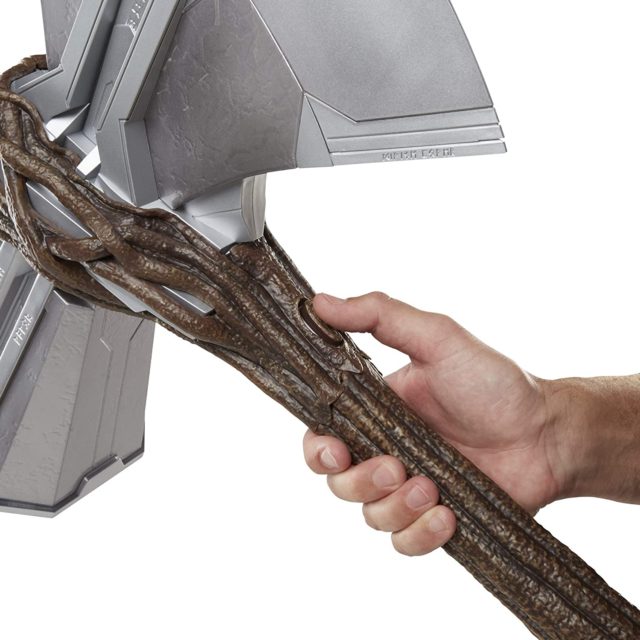 I can’t seem to find the exact specs of the length of this Stormbreaker Axe replica, but it’s obviously huge from the official photos, and the $159.99 price-point is no surprise really. I genuinely don’t know if this is a role-playing toy I want to make room for with my collection being overloaded already, but if I do decide to, I’ll likely hold out and hope this gets a discount even with the fair MSRP. 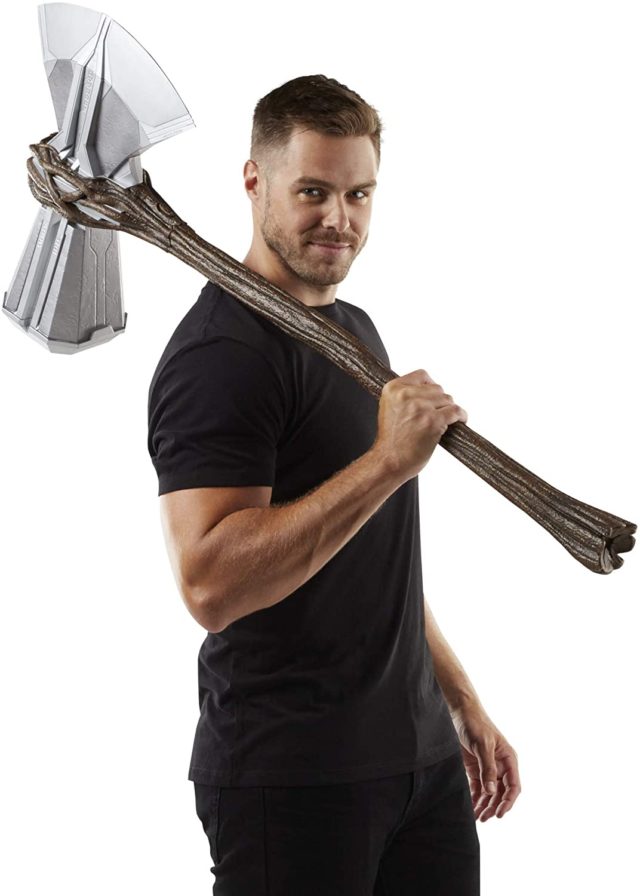 The Life Size Marvel Legends Stormbreaker Axe is now up for pre-order, and is scheduled to be released in December 2020. That’s a heck of a cool present to ask for for Christmas, and I think Hasbro is (correctly) theorizing a lot of fans may ask their loved ones for the gift of the God of Thunder’s magic axe.

What do you think, Marvel collectors? Did Hasbro make the best possible choice for the newest Marvel Legends prop replica? Will you be getting one—and if not, are there any remaining life size items that you would want?