Avengers Endgame is now the top-grossing movie of all-time, which means that virtually no scene from that movie is likely to be safe from being merchandised in one form or another (and most already have). But Iron Studios has gone to the well now for the first time to capture a moment with their BDS (Battle Diorama Series) I’m not sure any other company is going to tackle—Iron Studios Red Skull & Black Widow statues representing Black Widow running to her death are now available! Yowza! 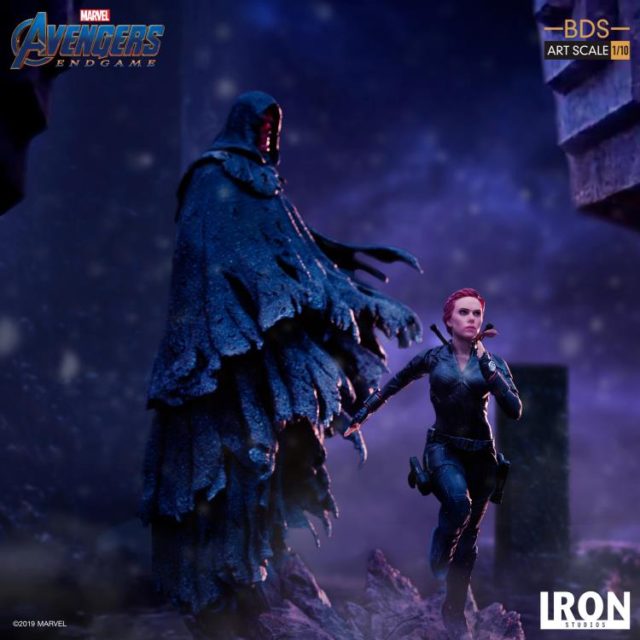 Iron Studios teased that they had an Endgame Black Widow BDS 1:10 Statue in the works when they debuted most every other piece in the line—but up until they actually revealed it, I’m not sure anyone guessed what it actually was! 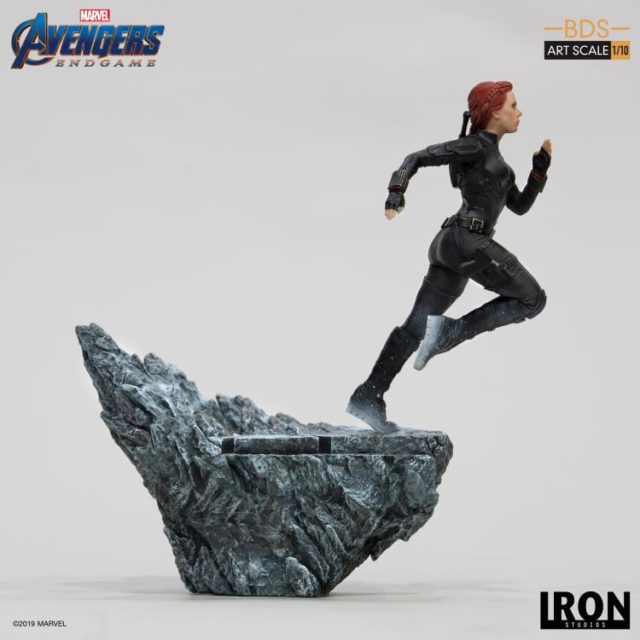 Yes, Iron Studios actually has the guts to capture that scene in Statue form, as we’re getting a statue of Natasha as she races toward suicide, preparing to hurl herself off a mountain at top speed (to prevent Hawkeye from doing the same, of course). 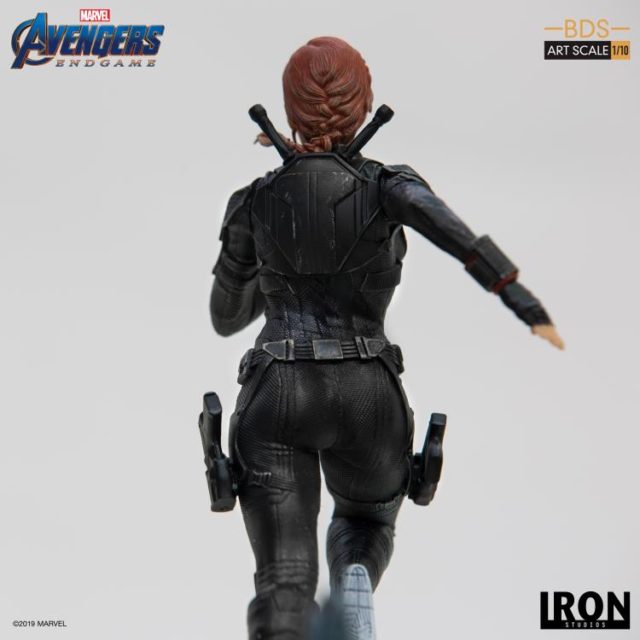 Of perhaps every scene across the entire Infinity Saga, I would have bet against this one ever being merchandised. But hey—a controversial choice or not, I have to admit that this looks quite nice! 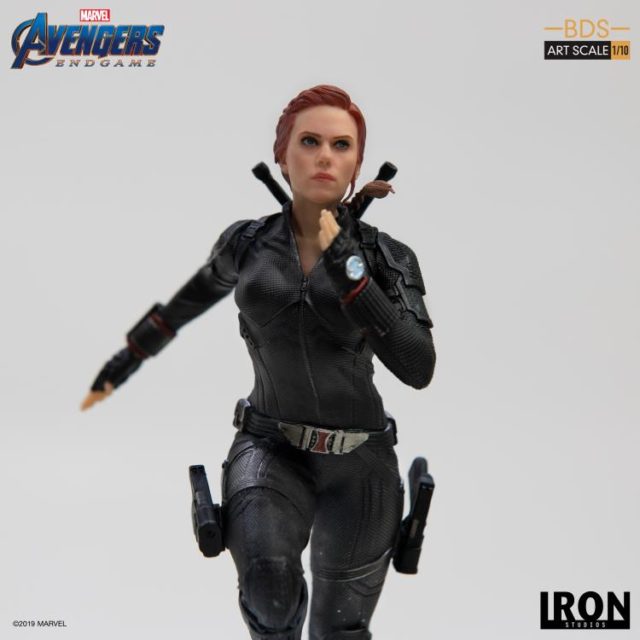 Natasha has a determined, certain expression etched onto her face, and I love the moment that Iron Studios has captured here with Black Widow’s right foot already in the air as she prepares to go off the edge of the “runway”. I don’t know if this is a scene I want in my collection, honestly, but I think this piece has been done right for what it is. 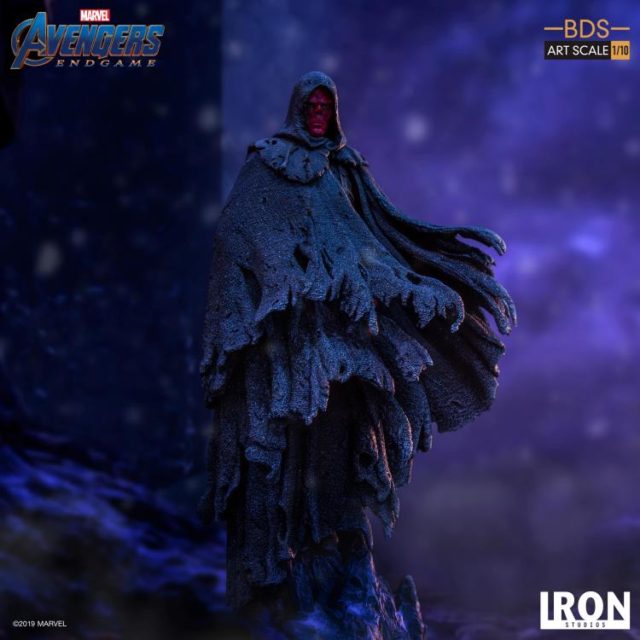 But hey, this wouldn’t be a Battle Diorama Series (BDS) if there wasn’t a companion piece, right? And in this case, it’s the specter of the “Ringwraith” Red Skull (I like to call him “Wraithskull” privately!) floating in the background, watching on. 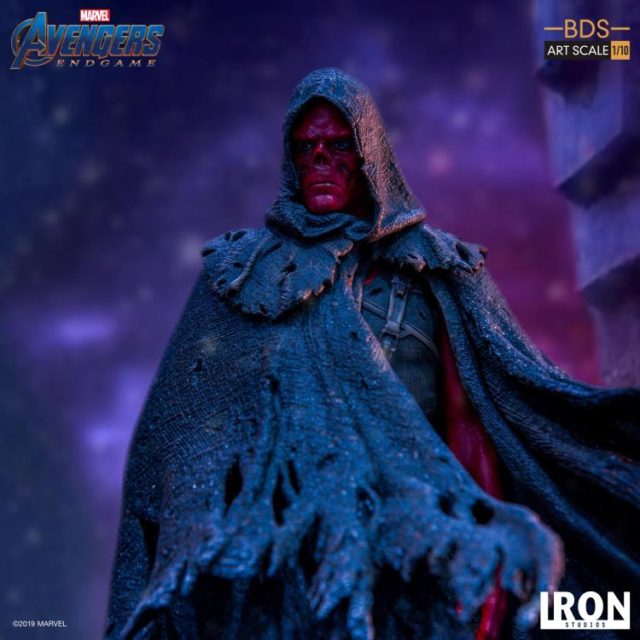 The Red Skull’s role in Infinity War was one of that movie’s biggest surprises, and I’m surprised we’ve seen so very little merchandise of the character in the year-plus since it came out (I believe only a limited exclusive Funko POP has been produced previously). 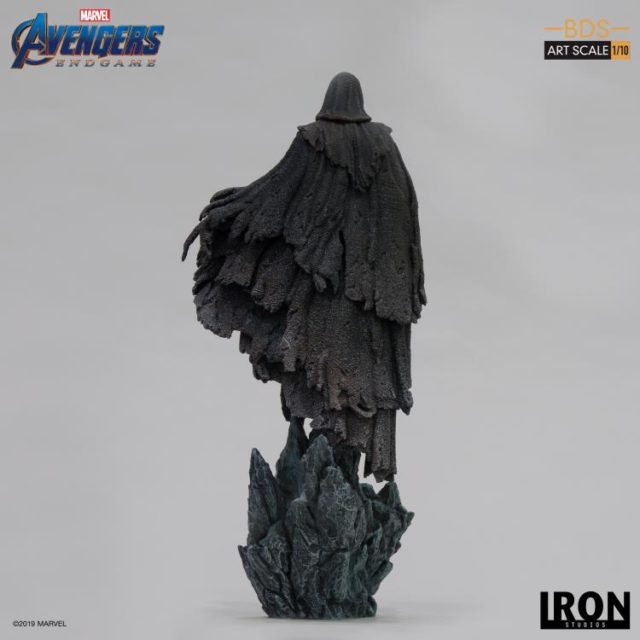 Obviously Iron Studios couldn’t make this figure really hover, but attacked to a spire on the base and at almost 12” tall, this Red Skull BDS statue is able to convey the illusion of being floating behind Natasha and watching her do her final deed. 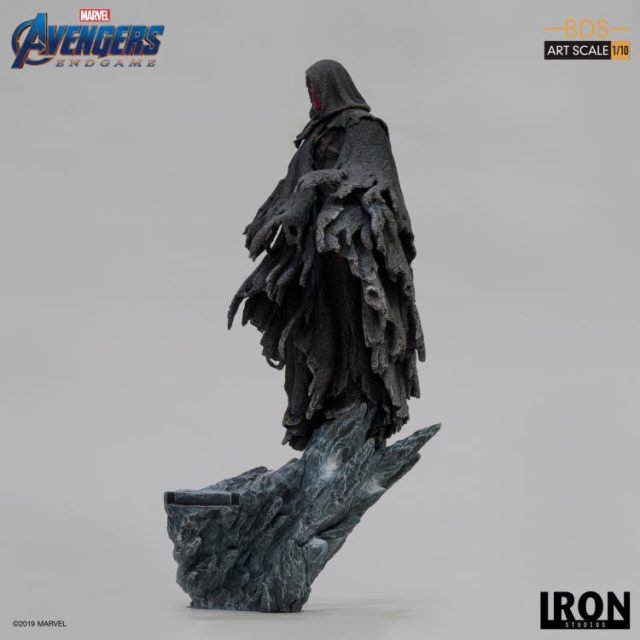 Every 1:10 resin statue I’ve gotten from Iron Studios to-date has been fantastic, and these pieces don’t look like they’ll be any different. For anyone who wants to capture this scene in their collection, I doubt we’re going to see this moment made into Statue form from anybody else. 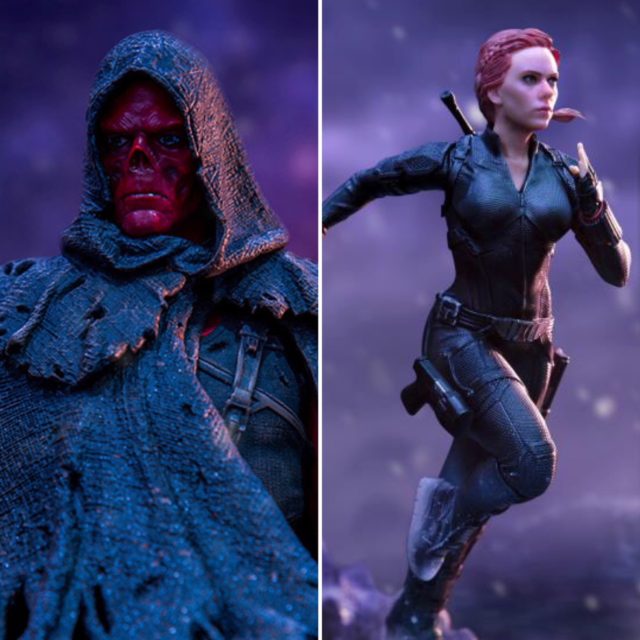 The Iron Studios Endgame Black Widow & Red Skull BDS statues are now up for order, and are set for release in Q2 2020. Iron Studios’ low-cost pieces are becoming more and more popular, and I would anticipate these pieces will be added to the list of ones that sell out before shipping. Definitely think about placing a reservation at some point in the next few months if you know you’ll want these.

Thoughts on this very unexpected Avengers Endgame diorama, Marvel collectors? Would you want this specific scene to be captured in your own collection? Are there any additional moments or characters you think Iron Studios still needs to tackle as part of their lineup for the film?