With arguably the biggest Hasbro event of the entire year just days away, I didn’t anticipate we’d be seeing anything new up for pre-order in the next few days. But hey–what do I know, right?! And so, Hasbro officially announced and began allowing pre-orders today for the latest GameStop Exclusive: the GamerVerse Marvel Legends Outback Hulk figure is now available exclusively in bundles with the upcoming PS4/Xbox One Avengers game! I was planning on a different version of the video game, so looks like I’m double-dipping… 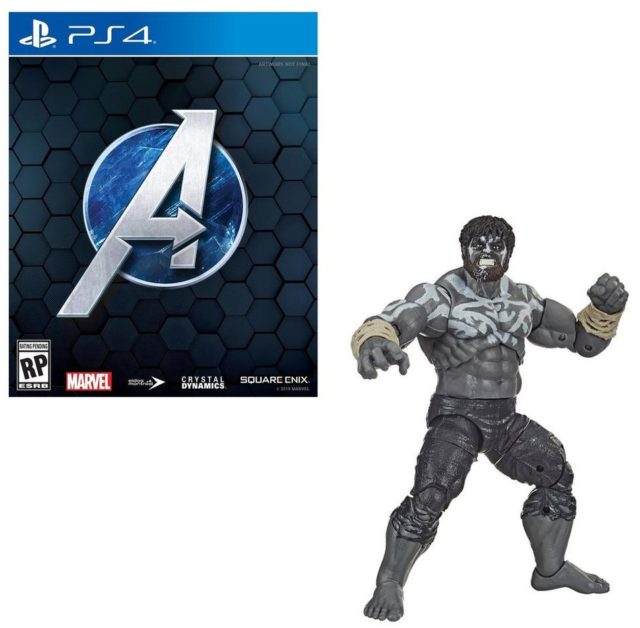 Okay, so while some of the wacky stuff that has come out this year in the Marvel Legends lineup like White Rabbit and Squirrel Girl were kooky character choices for fans of niche characters, today Hasbro has revealed a figure that I think absolutely no one (who wasn’t privy to leaked information) could have seen coming: an “Outback Hulk” from the new Square-Enix Avengers game!

That’s right–time to cancel those existing pre-orders of other editions from different stores, because this 8.5″ ML Outback Hulk is only available as part of a GameStop bundle with the video game! Bundles with the PS4 Avengers game and the XBox One Avengers game are both available now. 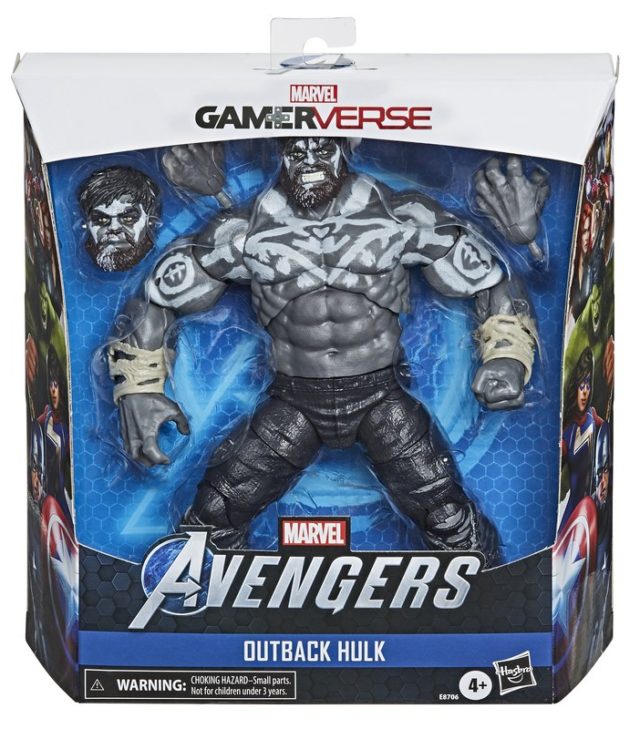 This type of action figure promotion bundle isn’t entirely unheard of, as there was a Black Series Purge Stormtrooper figure bundled with the Star Wars Jedi: Fallen Order Game last year, but it’s definitely a first for the Hasbro Marvel Legends history books. 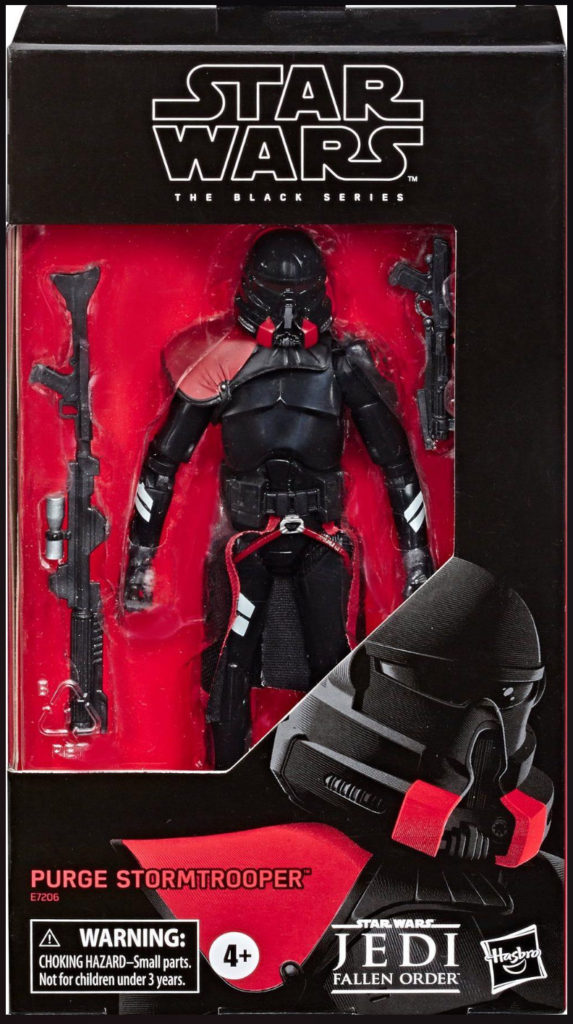 Although leftovers of that Purge Stormtrooper were available in limited quantities after the game launched at some GameStop stores, the figure still sells for around 60 bucks on the aftermarket–so waiting around for an unbundled Outback Hulk that may or may not ever come doesn’t really seem like a winning stratagem. 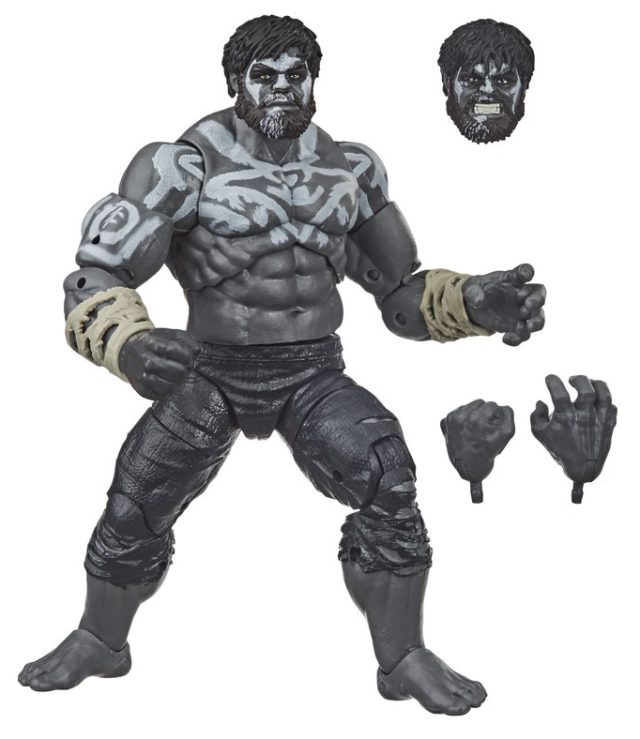 As for the figure itself, well–it’s basically a reuse of most of the tooling from the recent Legends Hulk figure, but with grey skin, tribal war paint, add-on bandages and new bearded heads. This looks to be loosely based off the House of M Hulk design. I had no idea this costume skin was even in the game and can’t find it documented in any videos or screenshots, so how accurate the toy is is anybody’s guess. 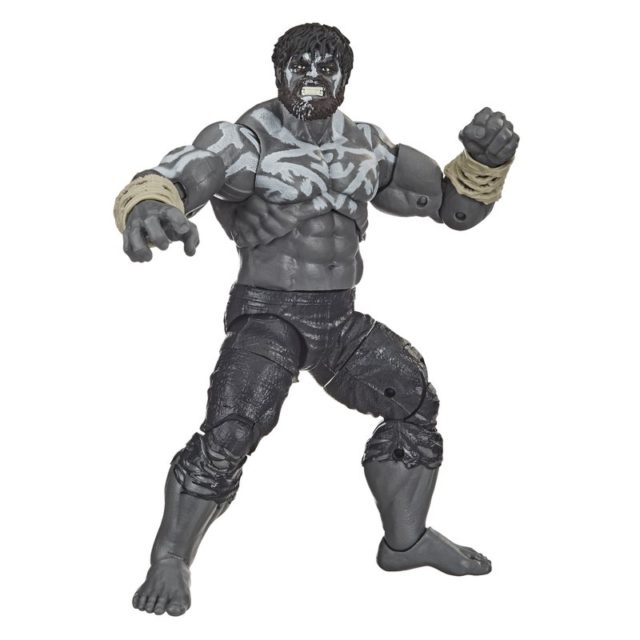 At a glance, I think this is a really bizarre variation of Hulk–but without having had a chance to play the Square-Enix Avengers game and fall in love with it, I’m not willing to risk missing out on a GamerVerse figure that I might end up being gaga for later on this year. At the absolute worst, I expect this figure to being selling for above retail cost once it launches, so there’s not much to lose. 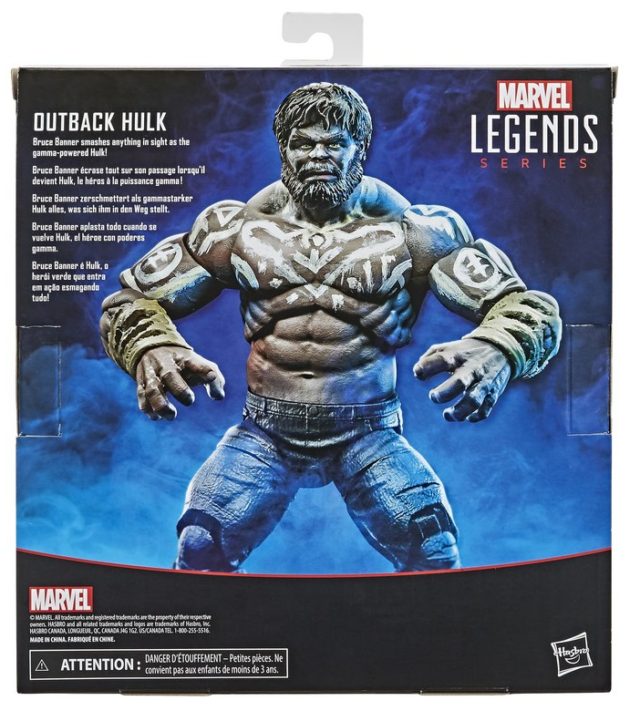 The GameStop Outback Hulk Marvel Legends bundles with the Avengers game are up for pre-order now, and will be shipping out on 9/4/2020 (not coincidentally, my birthday!). Even raising the cost of the game 30 bucks and taking into consideration that this is a weird variant, I still think this figure is going to be a hit and end up pricey on the aftermarket. I’m happy to lock mine in now–and if I decide I don’t want it later, I’ll just sell it.

Thoughts on one of the strangest Marvel Legends Hulk exclusives ever, Marvel collectors? Anyone opting for this bundle instead of a different version you had planned on? And was anyone not planning to get the Avengers game at all, but change their minds after seeing this wild Hulk?