At Booth #503, Cryptozoic will sell DC Deck-Building Game: Rebirth, the innovative latest entry in the popular series that will also be available at retailers the same day. Moreover, the company will sell limited pre-release quantities of Epic Spell WarsTM of the Battle Wizards: ANNIHILAGEDDON Deck-Building Game and Spyfall: Time Travel. All three games will come with exclusive Promo Cards at Gen Con. The limited edition Epic Spell Wars of the Battle Wizards Statue, based on the game series, will be sold as well. In addition, Rick and Morty fans can get an exclusive game card featuring Glootie, a character from the upcoming fourth season of the show, by purchasing any Rick and Morty game being sold at the booth. Finally, Cryptozoic will offer tournaments and demo events throughout the show for several releases, including titles in the DC Deck-Building Game and Epic Spell Wars series.

“Gen Con is the largest gaming event in North America, so we are excited to premiere our biggest titles of 2019 there,” commented John Sepenuk, CEO of Cryptozoic “Attendees can get our latest DC Deck-Building Game, Epic Spell Wars, and Spyfall titles first, along with some amazing promo items that are exclusive to the show. We are going to spend all four days demoing games, running tournaments, and giving out prizes. We can’t wait to meet all the fans and kick off an incredible second half of the year!”

Cryptozoic will sell its three newest titles for the first time at the show, along with the first Epic Spell Wars collectible:

DC Deck-Building Game: Rebirth: This entry in the popular DC Deck-Building Game series breaks fresh ground with linked Campaign Scenarios, character progression, and character movement between iconic locations. In the game, 1-4 players become members of the Justice League and move their standees to find cards for their decks and defeat dastardly Villains. Each Scenario includes special rules, new cards, and different locations. Fans who buy it at Gen Con will also receive the Training Scenario Card “Learning the Ropes,” while supplies last. In addition, gamers can buy a limited edition playmat for $35. 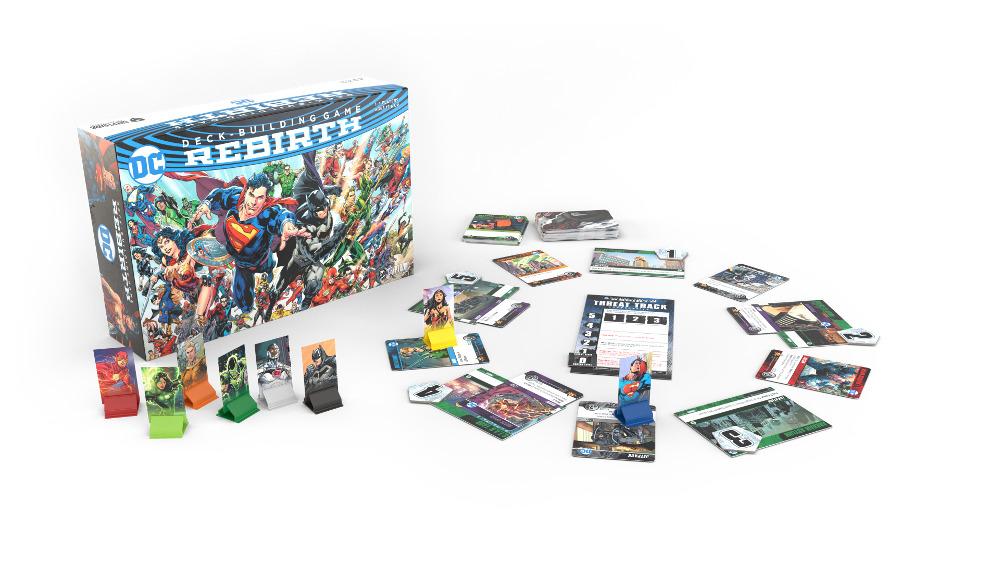 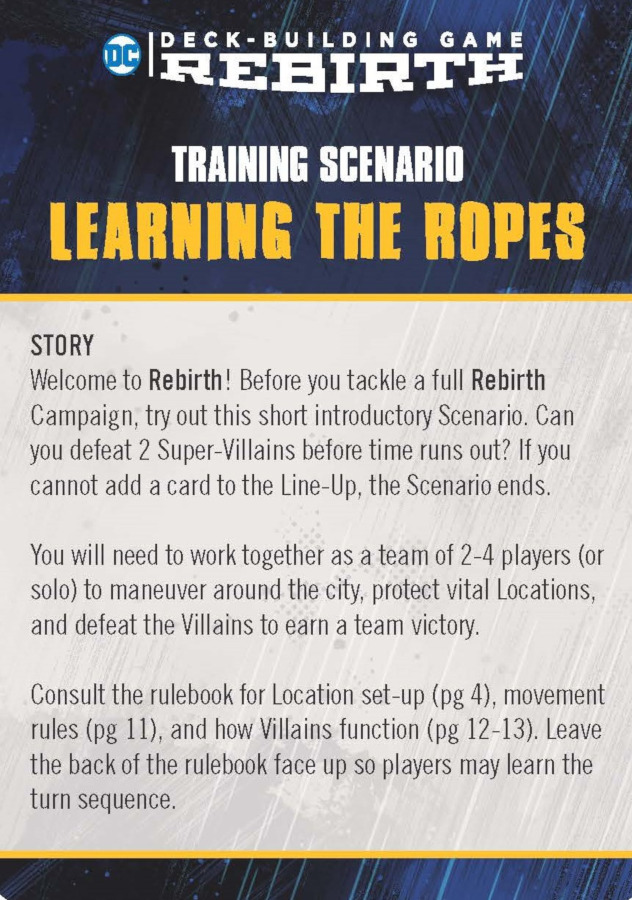 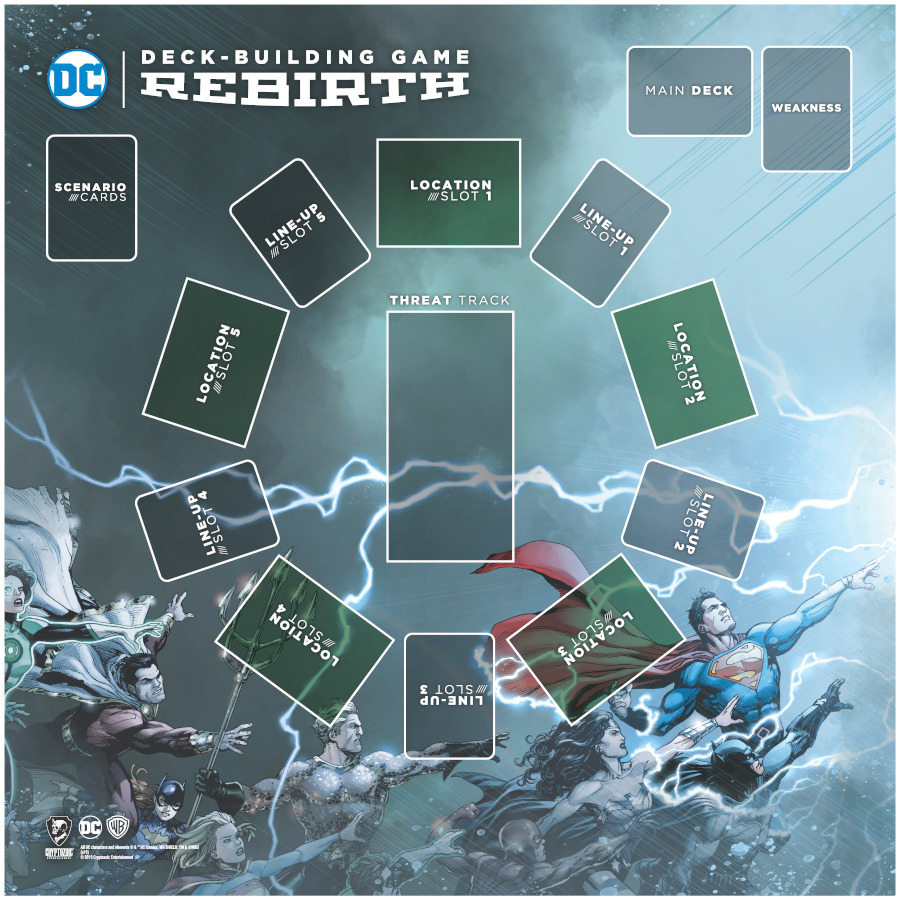 Epic Spell WarsTM of the Battle Wizards: ANNIHILAGEDDON Deck-Building Game: The first Epic Spell Wars deck-building game features the trademark over-the-top, mature humor and art that fans have come to expect from the series. It utilizes Cryptozoic’s Cerberus Engine in innovative ways as 2-5 players become Wizards and try to buy magical Spell, Wizard, Treasure, and Creature cards—among other card types—in order to defeat their opponents and become the Annilageddon Tournament Champion. Fans who purchase the game or any other Epic Spell Wars game from Cryptozoic at Gen Con will receive the exclusive Studd Spellslammer & The Juice! Promo Card Set, while supplies last. Gamers can also buy a limited edition playmat for $30. 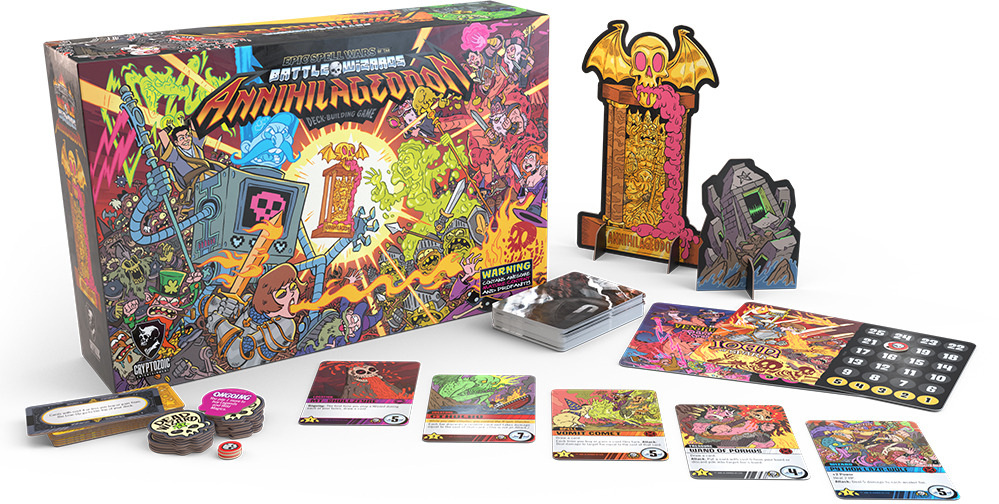 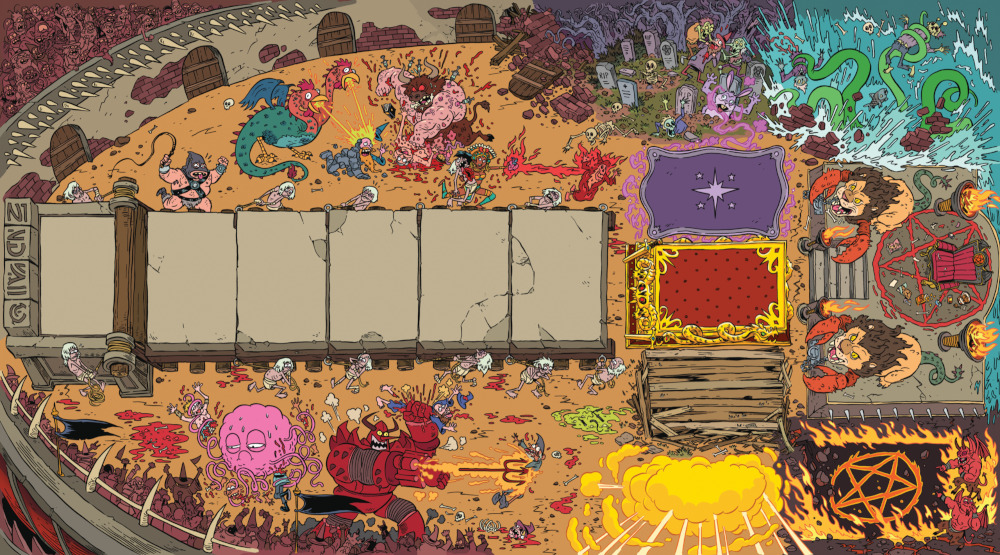 Epic Spell Wars of the Battle Wizards Statue: Based on the popular Epic Spell Wars tabletop games, this 9-inch polyresin statue features Studd Spellslammer and The Juice!, one of the series’s Wizard champions and his sidekick, respectively. Capturing the over-the-top style of the art from the games, each limited edition statue is individually numbered 1-250 and will sell for $66.60. 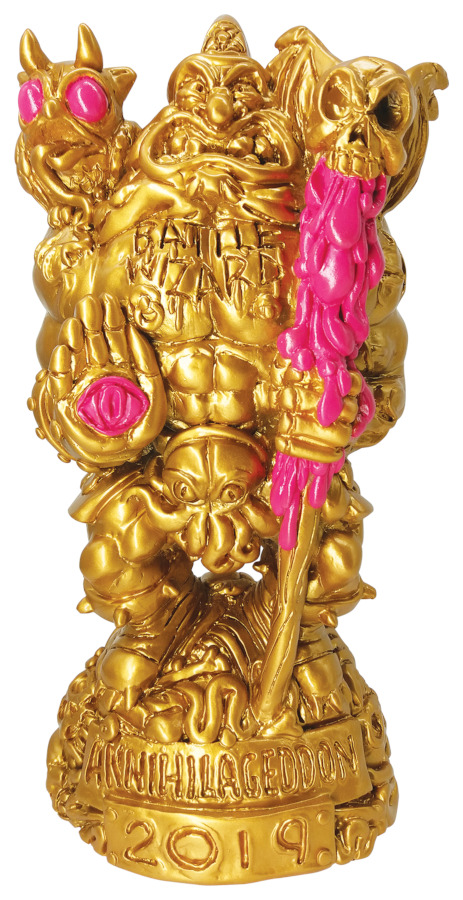 Spyfall: Time Travel: In this latest social deduction card game in the popular Spyfall series, 2-8 players take on roles in memorable locations from history, as well as some futuristic locations. In the intense timed rounds, the non-spy players ask questions and give answers to deduce which one of them is the spy without giving away the location, while the spy player tries to figure out the location before his or her identity is revealed. The locations include the Colosseum, the French Revolution, Leonardo’s Studio, and a Lunar Base, among many others across time. Fans who purchase the game at Cryptozoic’s booth at Gen Con will receive the exclusive Dracula’s Castle Location Deck, while supplies last. 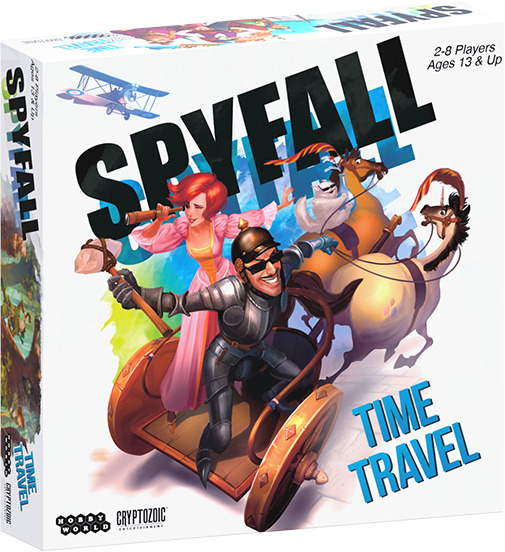 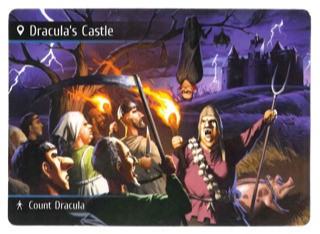 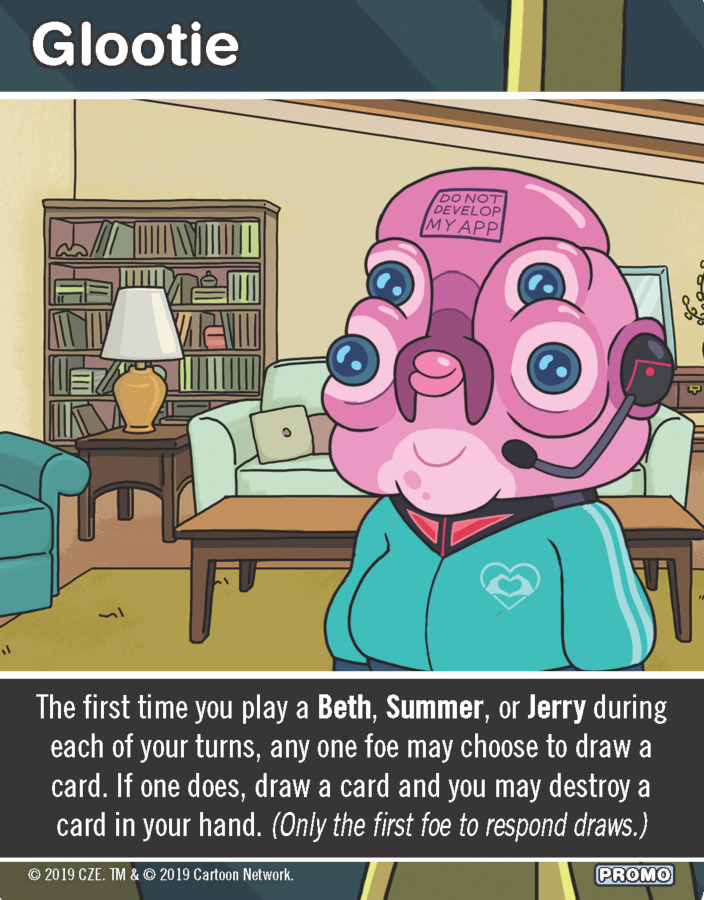 About Cryptozoic
Since 2010, Cryptozoic Entertainment has been dedicated to the concept of “Fans First,” striving to develop the most creative and sought-after products for pop culture enthusiasts worldwide. As an entertainment company with a diverse portfolio of licensed and original IPs, its catalog covers a broad spectrum of tabletop games and collectibles. The passionate team at Cryptozoic aims to inspire gamers and collectors all around the globe, while bringing fans together as part of the Cryptozoic community. Visit www.cryptozoic.com for more information about product releases, events, and news.