From Tom Hiddleston Loki to female Loki to Toybiz’s Loki, there have been a fair number of 6” Marvel Legends Loki figures released over the last 13 years. But weirdly enough, one God of Mischief action figure we’ve never gotten before in ML scale is the classic Jack Kirby Loki! But hey, what better time for Hasbro to release one than simultaneously with the classic Thor in the 80th Anniversary series, right? Even so, the classic Avengers Legends Loki is selling for a mere 11 bucks shipped already online—should you get one while he’s nearly half-price…? 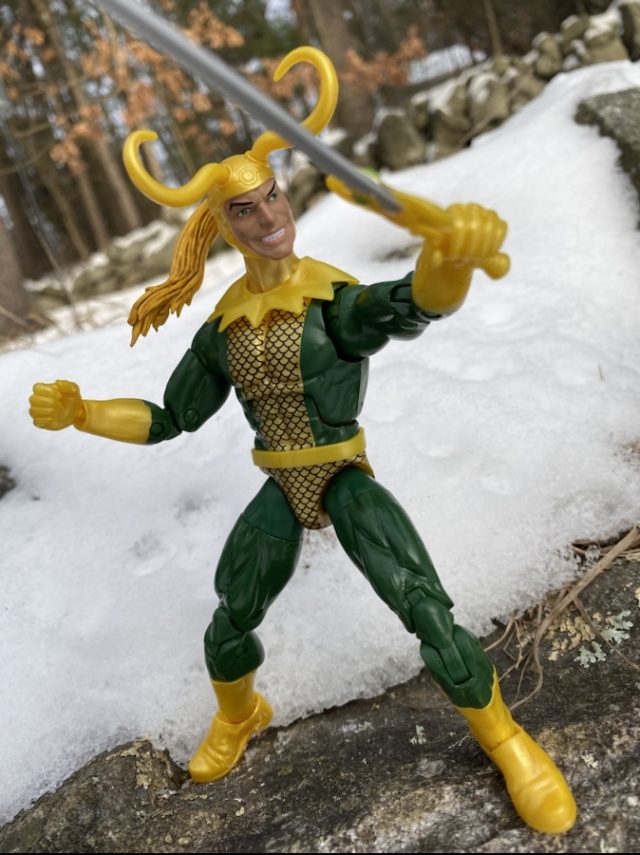 Hasbro released dozens of figures in this year Marvel Legends 80th Anniversary Series from a variety of different eras of comic books and movies—but for whatever reason, this classic Loki Marvel Legends figure got placed awkwardly in the Avengers Endgame Legends Wave 2 series alongside the modern Beta Ray Bill figure, Union Jack and several movie figures I recently reviewed such as War Machine, Rescue and Shuri.

I’m not entirely sure why Hasbro didn’t stick this Loki into a two-pack with the best-selling classic Thor Legends figure that came out around the same time, but the result has been this figure becoming one of the cheapest and most readily available ML this year. Is this God of Mischief all that bad, though…? 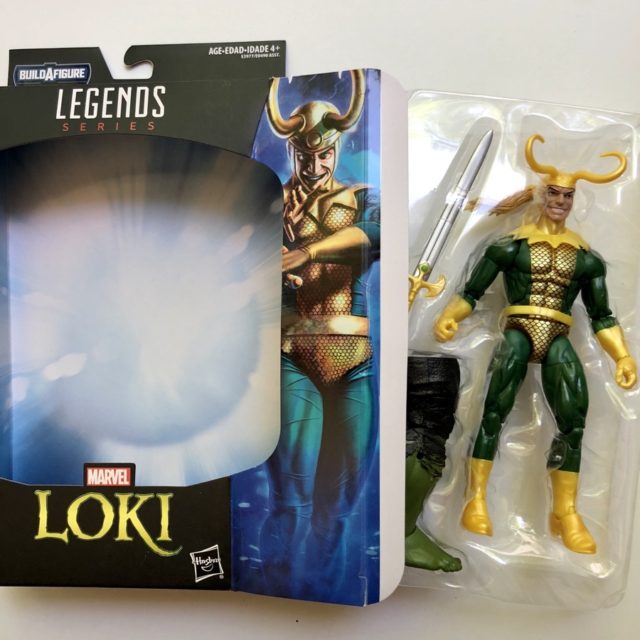 I’ve put off writing a review for this particular figure for quite a while because it’s a really hard one for me to critique. 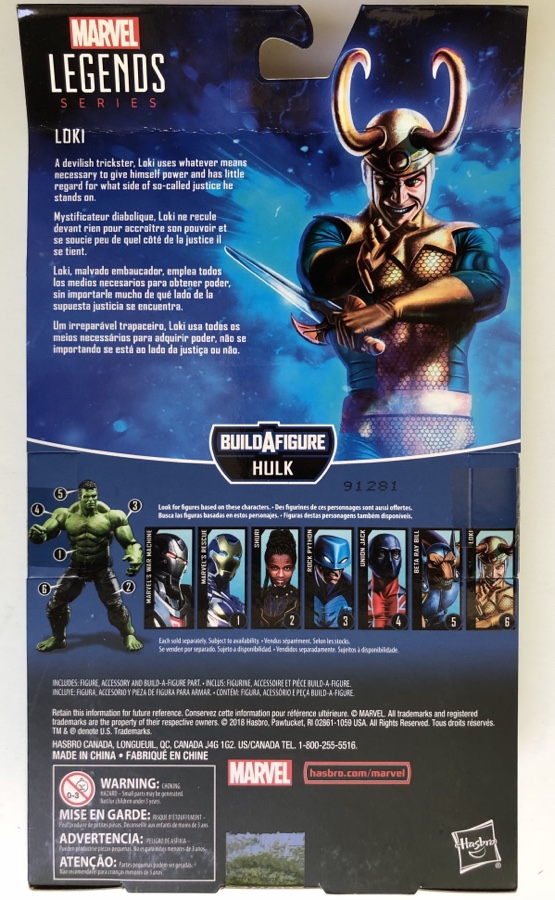 Hasbro is trying to capture the aesthetic of Jack Kirby’s design from a very different and simpler time, and it definitely shows—because this is a really simple action figure. 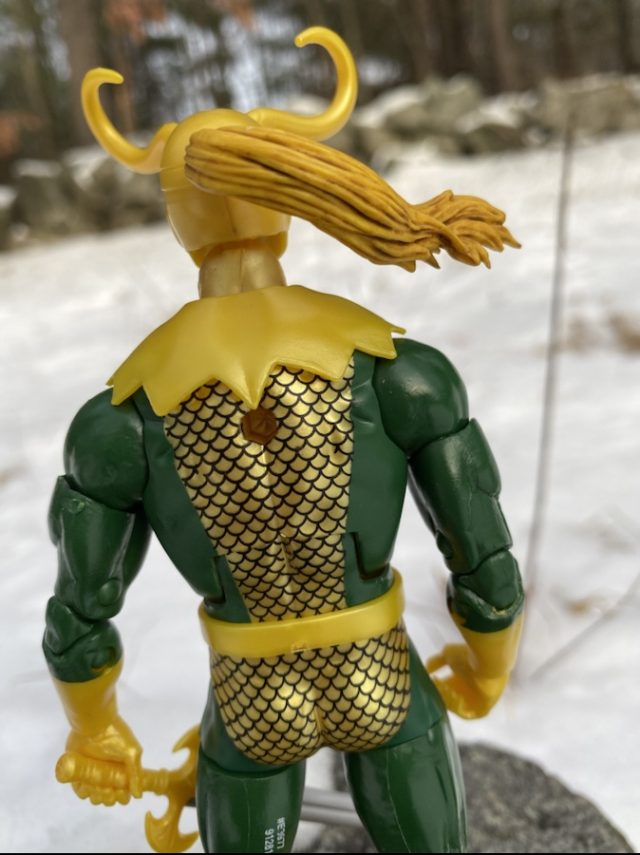 Beyond his basic musculature, there’s zero sculpting detail on the ML Loki figure’s actual costume—the scales on his torso are all just painted over the mold, and his collar is an add-on piece (that isn’t tight in any way and is essentially free to flop everywhere whenever you pick up the toy). 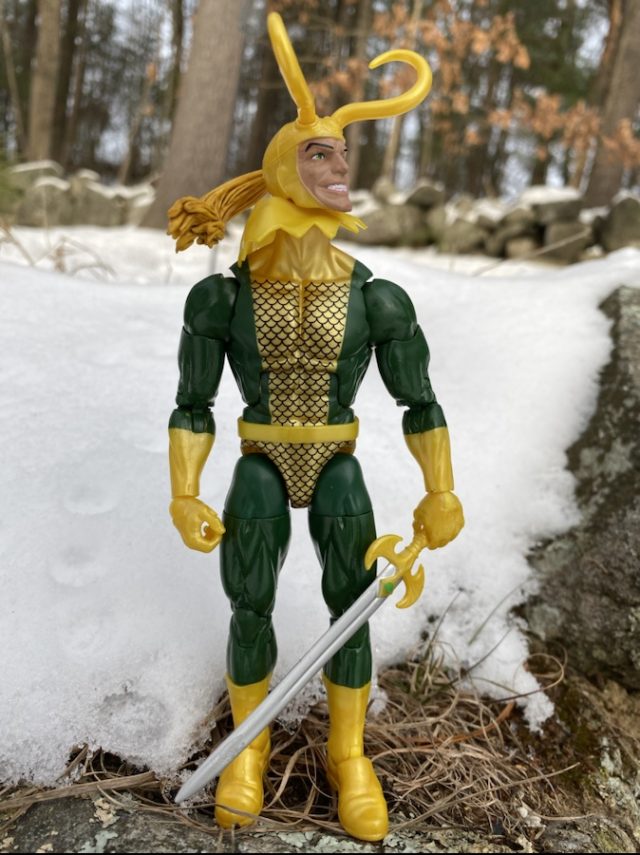 I can’t really condemn Hasbro for just painting on the scales, though—this looks 100% authentic to the source material. This is classic Loki—he just happens to be rather plain compared to the beautifully detailed stuff we’ve become accustomed to from Hasbro. 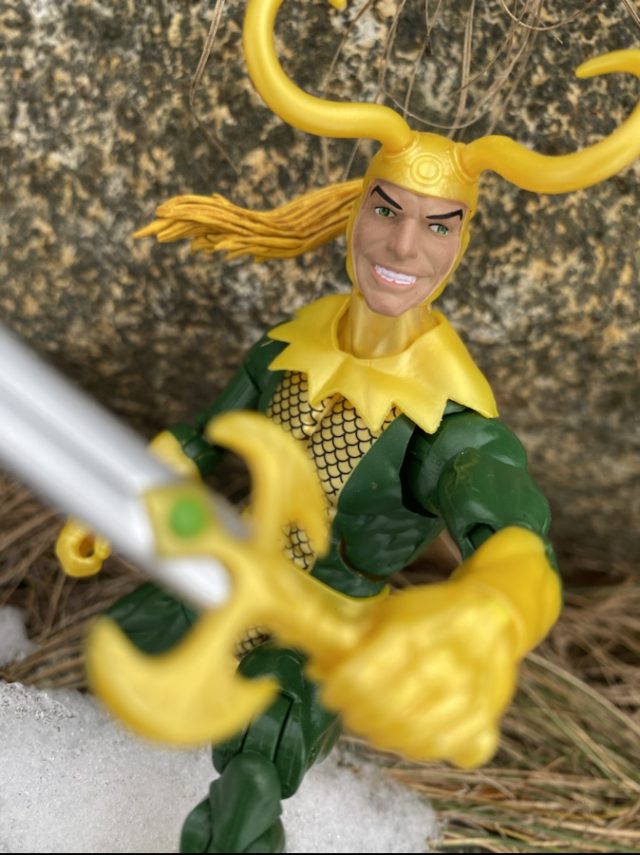 The head sculpt is a 100% new mold, and the crazed, mischievous grin on Loki’s face does work for me. I appreciate the paint wash on the ponytail as well, although having it be molded into place without a swivel was the wrong choice in my eyes. 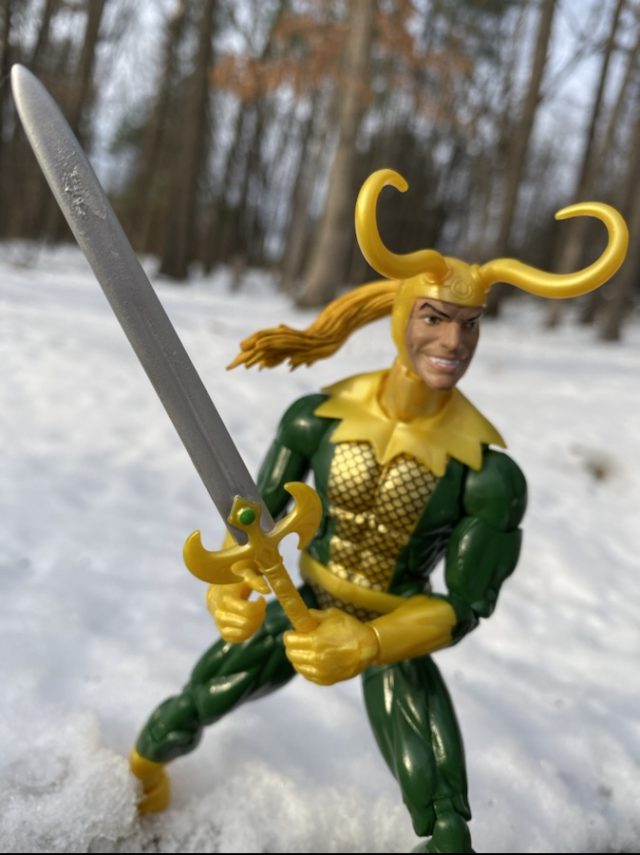 Besides an Endgame Hulk Build-A-Figure leg, we get one accessory for Loki: a new sword. The sword has some paint deco on it and I like the yellow and green on the hilt. I think this figure would have sold vastly better with an alternate head, alternate hands, magic effects or at least something else to make it feel less basic. There’s just not a whole bunch this guy can logically do. 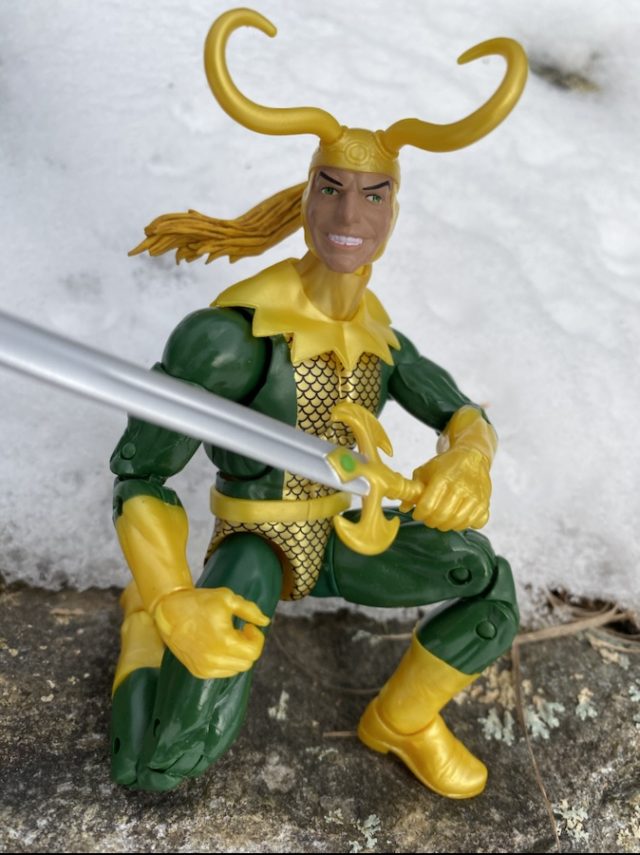 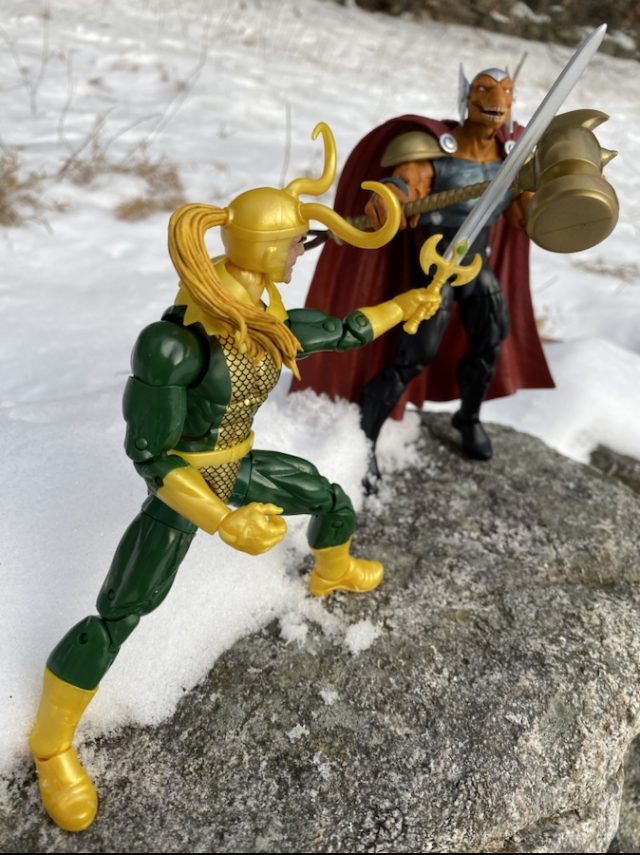 The articulation necessary to pull off cool poses is present—but given Loki’s lack of physical fighting prowess as a character and this toy’s lack of complementary accessories, there’s just not much of a way to make good use of that potential. He’s cool to stick on a villains shelf or with Thor, but this action figure is just kinda boring.

Overall: This Avengers Marvel Legends Loki figure is such a very difficult figure to assign any kind of grade to. The floppy collar add-on drives me nuts, and there is literally almost zero sculpting detail on the body—but the costume does look and feel authentic to the Jack Kirby artwork this figure is based upon.

In the end, while I like the look of this Loki action figure, there’s no denying that this is a very plain and basic figure without many options or accessories. I’ll gift the ‘+’ because I like the facial expression and the accuracy of the aesthetic, but this is a very average offering compared to Hasbro’s best in 2019.